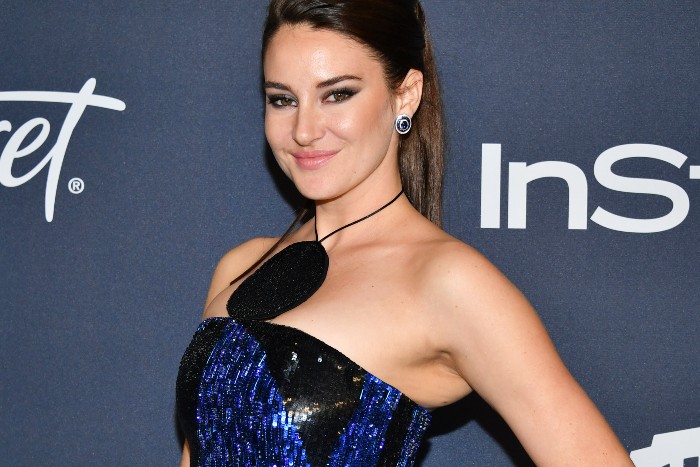 Aaron Rodgers Really Seems Like He Wants Shailene Woodley Back

After Aaron Rodgers and Shailene Woodley called off their engagement, there were tabloid reports that he got “cold feet.” If he did, he seems to have gotten over it because in the past 24 hours, Rodgers has been putting out huge “Please take me back” energy. Not only did he tag Woodley in an Instagram post but he went on the Pat McAfee Show and apologized to his loved ones who took “shrapnel” for his anti-vaccine beliefs. (Mediaite)

Tom Holland confirms he did not buy a house with Zendaya in London, but he doesn’t mind that people think he did. (Lainey Gossip)

The Queen is canceling virtual events now. I’m sure it’s nothing. (Dlisted)

Channing Tatum gets real about almost passing on Magic Mike 3 because he doesn’t want to starve himself. (Celebitchy)

From Jen: This is the most random thing ever and was recorded for some Norwegian TV Show, but don’t tell Jason Alexander that. He’s having too good a time. (YouTube)

From Roxana: “Like, Louis C.K., who’s still making so much money doing standup, does not have to have someone be, like, “Hey, just so you know, someone is actually flagging your show as having pre-transition trauma.” There comes a point where I’m, like, we can have discourse around culture and around sensitivity, but I’m not bending my show for that. Because you have projected onto it that it’s about transness, sure. But I think they want Che Diaz.” — Patti Harrison (New Yorker)

From Claude: Starbucks missed a deadline to stop union elections and tried to blame Outlook. The NLRB wasn’t having it. (HuffPost)

Last week, Paramount surprised Star Trek fans by revealing that the Chris Pine cast is coming back for a fourth film. Turns out Paramount also surprised the cast who have no idea what the hell is going on. (THR)

Vaping can cause the same gum disease as cigarettes. Whoops! (Daily Beast)

Tom Welling confirms an animated Smallville series is in development, and he hopes most of the original cast will return with the exception of the Vagina Brander, of course. (Polygon)

Even though Marvel 2099 is often scorned by comics fans, fauxschizzle still loves it. "Couldn’t anyone see what I saw? Reinterpretation of heroes in a near-apocalyptic futures that made us rethink what legacies meant?" His project for this year is to dive deep into his collection and share the love. What do you love despite the disdain of others? (Cannonball Read 14)

And, finally, the Jesus Guns Babies Lady is a beautiful gift dropped in Blaire Erskine’s lap, and she is not squandering it.

i am running for governor of georgia pic.twitter.com/e7h74hD5BM