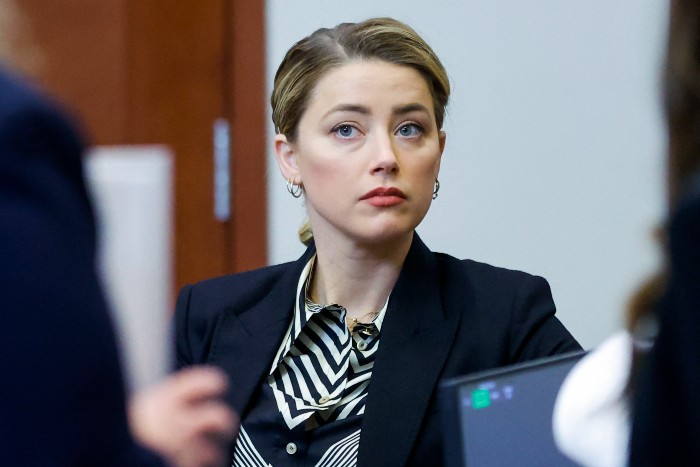 Amber Heard’s Legal Team Is Going for the Appeal

Amber Heard’s legal team has officially filed for an appeal in the defamation trial that went Johnny Depp’s way despite losing a court case in the UK against The Sun, which he sued for calling him a “wife beater.” Interestingly, along with claims that the damages were “excessive,” there’s apparently some hinky business with one of the jurors maybe not being the actual person who was summoned. At any rate, it’ll be interesting to see how this shakes out and whether it will matter to the Kraken of Karens on Facebook who know a “real” abuse victim when they see one. (The Wrap)

But don’t expect John Mulaney and Oliva Munn to do the same. (Celebitchy)

If I only could
I’d make a deal with god
And I’d get him to swap our faces pic.twitter.com/pPDrKsklMb

From Jen: This video of The Fonz dancing to “Disorder” by Joy Division is a real niche tweet but I know someone’s going to love it. (Twitter)

Meghan McCain is threatening to run for office. (Newsweek)

That time Spider-Man teamed up with Planned Parenthood to stop a forced pregnancy alien because comics are dope. (Daily Beast)

There are more ways to honor the past than fireworks. In booktrovert’s exploration of how she can be a good ancestor, she picked up Ancestor Trouble. "[Maud] Newton’s portrait of how she navigated her own search for understanding about her past was honest, vulnerable and an earnest example of being willing to do the work." Is anything helping you make sense of the present? (Cannonball Read 14)

Happy “Independence” Day from me and my reproductive rights. pic.twitter.com/GoIuu4JhAq