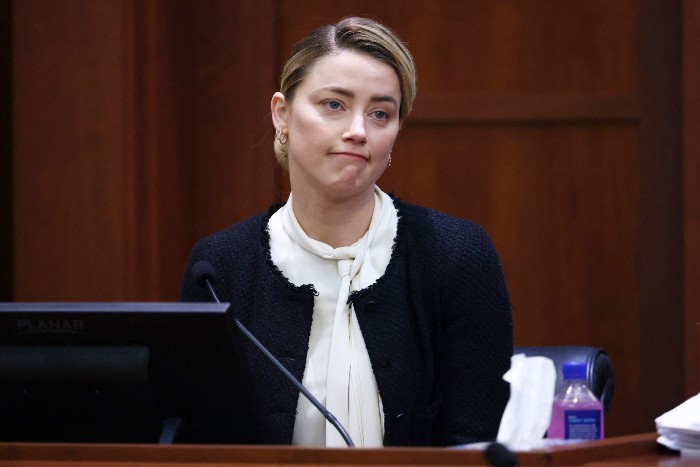 Amber Heard Made the Mostly Male Jury ‘Uncomfortable,’ You Guys, You Know How It Is

One of the jurors in the Amber Heard and Johnny Depp trial gave an interview to Good Morning America today, and if you’re still pissed about the verdict, get ready to pull your freaking hair out. According to the anonymous male juror, who was one of five men and two women that decided on the case, Heard’s testimony just wasn’t believable because of her “crocodile tears.” Also, she made them “uncomfortable” while Johnny’s “emotional state was very stable.” Our society is a toilet hole. (Daily Beast)

Beyoncé lets us know it’s time for her new album, Renaissance. You have six weeks to prepare. (Lainey Gossip)

Of course, Jared Leto is friends with Elizabeth Holmes. Of course. (Dlisted)

From Jen: Get your EGOT, get a TV show!

I can’t believe I get to say this, but welcome to my show !!! ✨ Let’s light up daytime beginning September 12th ! Wait a minute that’s my birthday !!! pic.twitter.com/YzIrUgmCp4

How y'all gonna piss off Tom Hanks?!? This world is beyond saving https://t.co/hBxDVn5xFW

On June 16, 1994, Jesse met Céline on a train in Budapest. pic.twitter.com/xaypSSQ4uM

One last treat. Ever curious about the fights I had with the censors on Gravity Falls? I probably shouldn't share this buttttt here are some REAL NOTES from DISNEY S&P and my REAL REPLIES. You are not prepared #10YearsOfGravityFalls pic.twitter.com/EioKU8gIJJ

Nothing I could tweet is more satisfying than this headline pic.twitter.com/bmGBdWxvXv

What We Do in the Shadows star Harvey Guillén finally feels seen. (The Wrap)

There was a lot of love for Hayden Christensen in the comments of my latest Obi-Wan recap, so here he is talking about his favorite moments making the prequels. (AV Club)

So now the story is Kim Kardashian didn’t damage Marilyn Monroe’s dress. Ripley’s says it looked like that when they gave it to her. What a dumb scandal with absolutely no end in sight. (TMZ)

Llamareadsbooks is a voracious reader raising the next generation of readers. Finding books is never a problem, but she appreciates the reviews of other Cannonballers. She picked up Morning Glory Milking Farm last year, "I saw it all over Twitter and TikTok, but it was katie71483’s review that finally convinced me to read it." How do you pick your next read? (Cannonball Read 14)

Tim Sale was an incredible artist, whose take on iconic characters had real human depth, and his groundbreaking page designs changed the way an entire generation thinks about comic book storytelling. Our condolences go to Tim’s family and friends. He will be deeply missed. pic.twitter.com/VgXxu7O0V4

Tim Sale was a legendary artist who created comic book masterpieces across and beyond the industry. At Marvel, his Color series became stunning classics and remain just a glimpse at his acclaimed legacy. We mourn his loss today, and our thoughts are with his family & loved ones. pic.twitter.com/akI1iAGTtf