For a deeper dive, here is a post about Epstein’s money and his connections. (Can we seize all of his wealth and use it to process all the rape kits in the entire country?) (Celebitchy)

Every single opioid drug manufacturer and distributor deserves to rot in jail forever and ever amen. (Ars Technica)

Gossip Girl is being rebooted for HBO Max. Is this a safe space for me to admit that I tried watching it and found it to be a terrible show? Yes? Thank you. Phew. (Lainey Gossip)

These photos from the moon landing era are SO COOL! (Buzzfeed News)

Speaking of the moon landing, this space-inspired jewelry is also very cool. (T&C)

Aunt Becky says she will be “exonerated” at her trial, and you know what? She’s got enough money to throw at our legal system that she might be right. Ugh. Our legal system is lacking. (Dlisted)

Are your insides boiling from the rage at how overtly racist everything seems to be? Yeah. Mine too. (Splinter)

I was scrolling through the Comments by Celebs Insta account earlier, saw a woman’s bare butt, saw who it was — Ireland Baldwin — and wondered which celebrities would be commenting on it … and sure enough, it was her father and her uncle. Like, just don’t, Alec and Billy. (Jezebel)

Did you read this article from last week about the rise of the Millenial nuns? I thought it was so interesting. (HuffPo)

You know, I too often catch myself muttering “kids these days,” but between the Ariana Grande interview for Vogue, and this Miley Cyrus interview with Elle, I think these, well, not kids certainly, but young adults, are quite intelligent and introspective. It makes me a little, just a tiny amount, hopeful for the future. (GFY)

Why do the police fail to catch sexual predators? (The Atlantic)

Do you use Instagram? I admit it’s my preferred social media platform and I spend way too much time on there. I love that they’re now going to hide the ‘likes’ on photos. (The Wrap)

This is such a sweet article about Schitt’s Creek. I think I say “I don’t know how to fold broken cheese like that!” at least once a week. (Vulture)

I do not understand this new Neuralink thing from Elon Musk, but I’ve watched too many Black Mirror episodes to ever want to try it. (Technology Review)

I have been asking myself about the discrepancy of packaged hot dogs to hot dog buns for like, well, 20 years at least. Never thought I’d stumble upon the answer, yet here we are. (Mental Floss)

TheShitWizard loves Neil Gaiman, and her boyfriend is obsessed with Batman. When she saw that Gaiman had written a Batman comic, Whatever Happened to the Caped Crusader?, she knew she had to buy it for her boyfriend, and also so she could read it. "I realise that my first Batman comic being about the death of Batman is basically approaching everything ass-backwards, but it was such a delicious treat to read that it didn’t matter." Is there an author you would love to see write a Batman story? (Cannonball Read 11)


I asked Trump if he would be okay with someone telling the First Lady to go back to her country. He did not answer. 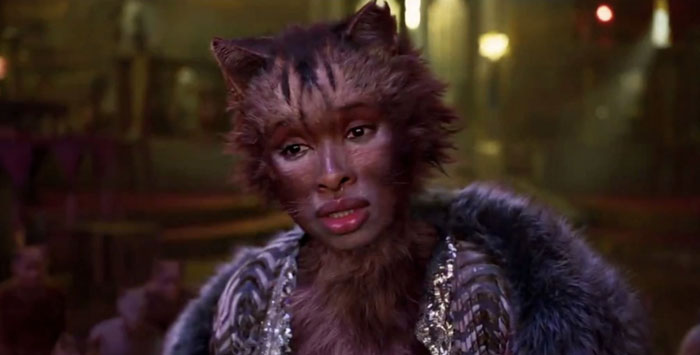