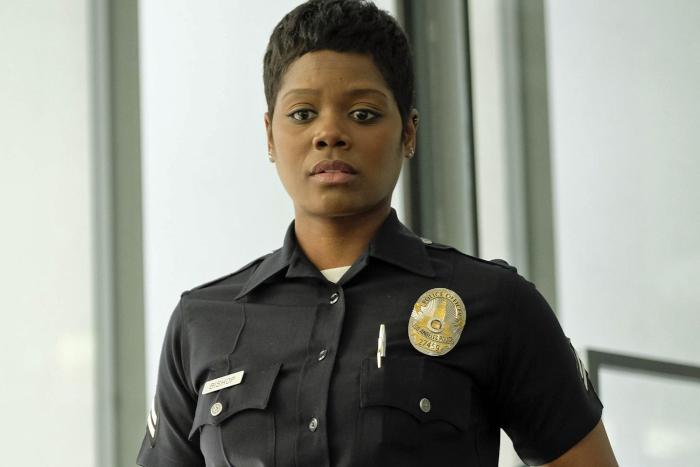 Thank you all for leaving discussion of the weekend’s horrific shootings out of last night’s Pajiba Love. I appreciated the break and I hope others found a space to catch their breath for a bit. In fact, other than one specific link, I’m going to refrain from linking to anything political or shooting-related again tonight. All of you may not need the extra time, but I do, and I couldn’t bring myself to read article after article that made me angrier and sadder than I already am. I’d like to try to keep tonight’s PL free from politics and gun/shooting discussions and derailments again tonight, as there are other more appropriate articles for those discussions and comments. Additionally, we love you! You’re great. Keep in mind, we are a pop culture and politics site and we’d prefer it if you limited your comments to those categories. There is a very active Facebook group for Pajibans with many smaller groups that have spun-off, which center on pets, parenting, relationships, video games, recipes, work advice, and many more. We encourage you to check it out! And if you have problems of a more deeply personal nature, you can also solicit advice from Tori’s advice column.

Oh. My. God. I’m working on my vision board right now! If we could get another Year of Penny, that would be ah-mah-zing! - (THR)

Hahaha, Oliver Hudson trying to record himself as his kids keep interrupting is every parent I know! - (Lainey)

I think Prince William may have had/still has a very close relationship, even a maternal-stand-in-type relationship, with Carole Middleton, but I don’t buy this “rest his head in her lap” story. This feels like a “deflect from Prince Andrew/Jeffrey Epstein” thing or distraction for something else. - (Celebitchy)

The TCA Awards recognized some good stuff this year. The cast of Fleabag looked wonderful, but click through them all, especially if you like those Supernatural fellas. You’ll be rewarded at the end. - (GFY)

I haven’t seen nor thought of Bam Margera in, I don’t know, 5 - 7 years? I guess I just figured he grew up, got married, and settled down. Unfortunately, it doesn’t look that way. He needs some real help, not the Dr. Phil kind. - (Dlisted)

Do yourself a favor and ask yourself what it is you want for yourself in the future, not just the near future, either. - (Refinery 29)

JUST IN: "The Little Mermaid LIVE" is coming to ABC November 5th at 8pET.

Auli’i Cravalho, Queen Latifah and Shaggy will star in the production with a live studio audience. https://t.co/hOA4cZh95s

Here's a first look of the rendering of the set! pic.twitter.com/NC8lF3vHBU

Dakota Johnson’s gap is missing (wait, so it’s there? I DON’T UNDERSTAND WHAT I’M EVEN SAYING NOW) and the internet has feelings about it. - (The Cut)

In last night’s Pajiba Love, we posted a link to the Instagram post of Afton Williamson announcing that she had quit ABC’s The Rookie over bullying and sexual harassment. Today, she identified her harasser in a second Instagram post, in which she also expressed thanks for the moral support the Internet has provided. (Instagram)

Many lives were lost and countless people have been affected by the shootings in Gilroy, Dayton, and El Paso. We don’t normally post GoFundMes (only because there are so many deserving people and it would become overwhelming) but this one for the young couple in El Paso who lost their lives shielding their baby from gunfire touched us so much. - (GoFundMe)

If not for the CBR11 Book Bingo Reading Challenge, Jen K might not have read Bill Willingham’s graphic novel Fables: Legends in Exile. "I enjoyed the story, and it was a nice change in format though I have to admit, my favorite part was the short story from the perspective of the wolf at the end." What genre do you need encouragement to try? (Cannonball Read 11)