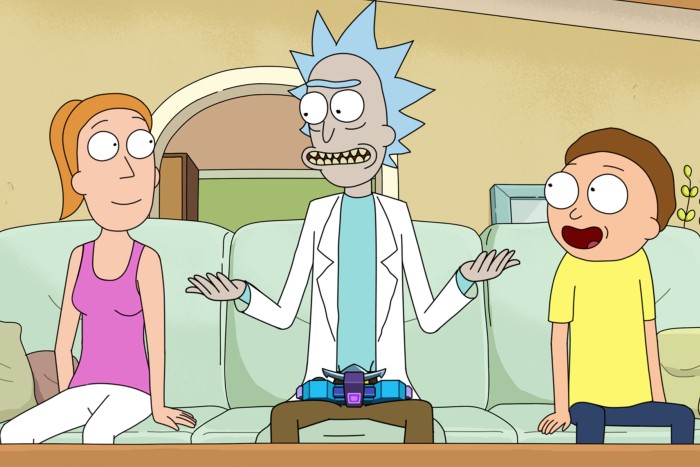 Following domestic abuse allegations, which I’d bet good money Cartoon Network knew about and hoped would never see the light of day, Rick and Morty co-creator Justin Roiland has been given the boot from the hit animated series. Considering Roiland voiced both Rick and Morty, the show will obviously have to recast. However, that doesn’t address the massive elephant in the room: The fact that Rick and Morty is Roiland’s baby and was born from a wildly messed up web-series called The Real Animated Adventures of Doc and Mharti, which repeatedly featured Doc trying to — I kid you not — force the underage Mharti to perform oral sex on him. Yeah, the whole show has to go. Toss that sh*t right out. (THR)

Beyoncé’s performance in Dubai is not going over well. (Lainey Gossip)

Adam Lambert claims ABC threatened to sue him over his same-sex kiss during the 2009 American Music Awards. (Dlisted)

What is “pregnancy nose” and is it a real condition? (Celebitchy)

From Tori: If you like The Last Of Us, get ready for Oyster Mushroom Nerve Gas! (Popular Science)

Julia Garner won the Madonna Boot Camp for nothing. (Vulture)

Remember back when Mark Wahlberg boasted that he could’ve stopped 9/11 and bragged about how he’s so strong because he doesn’t jerk off? Funny story… (Rolling Stone)

Kayleigh wrote about the 25th anniversary of Spice World and the zenith of Girl Power. (/Film)

Rust is still moving forward even after Alec Baldwin has been charged with manslaughter? Wow, OK. (Mediaite)

Scootchyknees enjoyed the way Danielle Paige played with the world of The Wizard of Oz in Dorothy Must Die. "I’m sure you know where this is headed, but this is no family-friendly jaunt to the Emerald City." What well known, family-friendly work would you like to see with a horror twist? (Cannonball Read 15)