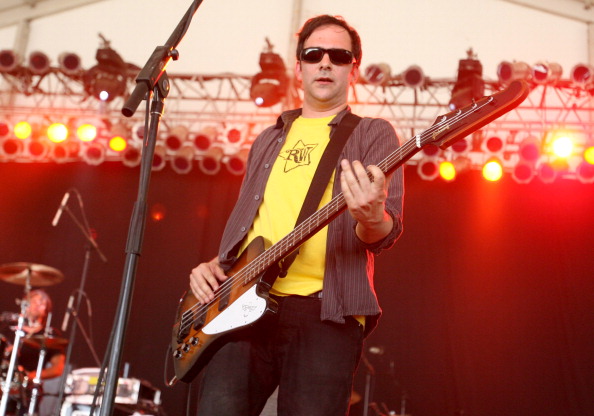 This is ‘the most unexpected but maybe we should have all expected it’ thing to happen in 2020. Fug Madness has a cheating scandal! - (GFY)

After his time in isolation, Prince Charles has a new appreciation for the loneliness of senior citizens, particularly now when they’re separated from their families and friends. I feel awful for seniors during this. It must be terribly frightening and then to be alone (for some) on top of that, it must be very hard. My dad and I talk much more often than we normally do. Have you all been talking to or hearing from older relatives or friends more frequently than in days past? - (Celebitchy)

Dustin was listening to Donald Faison and Zach Braff’s new Scrubs rewatch podcast today, and his mouth dropped when they gave a shout out to their producer, Joelle Monique, a former contributor here. Also, the podcast is great, and Donald Faison revealed the very embarrassing reason why he had to wear braces in Clueless. (Uproxx)

As always, Sesame Street is here for us when we need them. - (PW)

This is so fun!

I’ve mentioned before that I own a Lustron home and so obviously, we have a lot of magnets and are familiar with just how freakin’ strong some of them can be. That said, I still couldn’t stifle a small giggle at the way this lovely astrophysicist told the story of how he got magnets stuck in his nose while trying to create something that would stop people from touching their faces. - (CBC)

A Gene Called ‘Sonic Hedgehog’ Is Behind The Weirdest Coronavirus Symptoms. - (MEL)

In just really really sad news: Adam Schlesinger of Fountains of Wayne (and songwriter on Crazy Ex-Girlfriend, and so many Tony songs, and Emmy nominated songs, and That Thing You Do!) died today from COVID-19. He was 52-years-old. He was writing The Nanny musical. (My sadness and anger are so overflowing right now, I can’t type a coherent sentence. Thank you for the assist, Kristy.) Remember the art and legacy of Adam Schlesinger with 20 essential songs. - (RS)

Here are some truly heartwarming pictures of people being kind and good during this time of upheaval and distress. Warning: You may want to get a Kleenex first. - (BP)

We all pretty much agreed that April Fools wasn’t a thing this year, right? Even Google, which normally has a fun April Fools’ Day “joke” every year knew that nah, brah, this isn’t the time. Somehow, a K-pop star didn’t get that memo and thought it would be fun to “joke” to his 1.9 million IG followers that he had the COVID. Didn’t go over as well as he’d hoped. - (Dlisted)

And then Chuck D and Flavor Flav claimed that their whole “Flav was fired from Public Enemy over the Bernie Sanders rally” thing (waaaaaaaay back on March 1st) was all part of an elaborate April Fools’ prank. Okie dokie then. - (The Root)

Hey, great, Lindsay Lohan is back. Okie dokie then. - (Lainey)

Zoom Zoom Zoom! Which type are you? I would say I’m the ‘Cross-Talk Screamer’ combined with ‘The Dog’s Cat’s Co-Star’ - (The Ringer)

Self-isolating and quarantining is hard on its own. It’s even harder when done with others. Thankfully, we have a quarantine etiquette guide for these difficult times. - (McSweeney’s)

How have these not been a thing before now? - (TIB)

This seems kind of fun. Quick, someone go do this and then come back and tell me if it’s fun or not. - (Popsugar)

Looking for something new to watch? The A.V. Club compiled the 50 most important American independent films, and Roxana wrote a little something about Sofia Coppola. - (AVC)

A recommendation on Pajiba brought Olivia Waite’s The Lady’s Guide to Celestial Mechanics to surebitch’s attention. Romance, with its genre tropes, isn’t really her thing. Waite drew her in with fully realized characters and an exploration of women’s work as both art and science. “All in all, Waite crafted a charming, diverse tale that could just have benefited from more of the goodness she was already putting on the page.” Has a book interested you even though it’s outside your usual reading preference? (Cannonball Read 12)

← What Was Shaq Doing With Joe Exotic from 'Tiger King'? | Dr. Anthony Fauci Addresses the Tipping Point on Lockdown Measures →