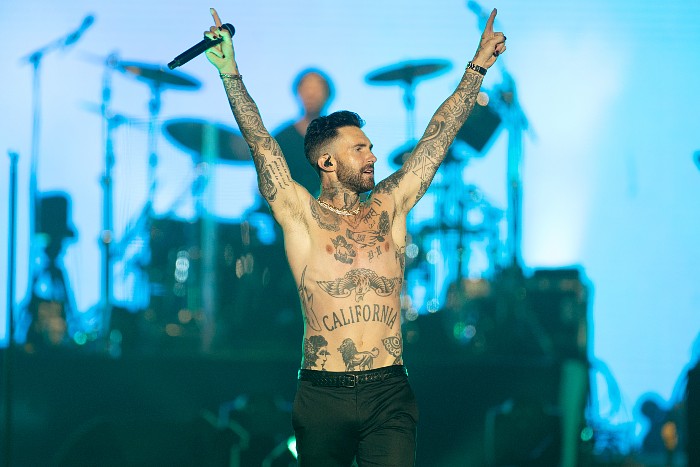 Hoo boy. If I’m reading this right, Instagram model Sumner Stroh reportedly claims to have had a year-long affair with Adam Levine and blown up his spot with screencaps that allegedly show Levine messaging her that he wants to name his third baby after her. Speaking of said baby, Levine’s wife’s pregnancy was only announced three days ago, so welcome to a whole, huge hot mess. (Jezebel)

Timothy Olyphant showed up to the Amsterdam premiere as the cool teacher at prep school. (Lainey Gossip)

Tom Brady and Gisele Bundchen have reportedly been living apart for a month. Has he tried naming one of their kids after a mistress? I hear that’s big these days. (Dlisted)

Sarah Michelle Gellar is ready to chew some scenery. (Celebitchy)

A Texas sheriff has launched an investigation into Ron DeSantis’ Martha’s Vineyard stunt, and if you’re wondering what sheriff is actually brave enough to do that, he’s a Democrat. In Texas, no less, which is like spotting a unicorn. Am I blogging in the garage with the car running again? (Miami Herald)

How Tolkien came to write the stories of The Rings of Power. (Smithsonian)

The story of the praying Bremerton coach who scored a bullshit win from Trump’s SCOTUS keeps getting more surreal. (Seattle Times)

With Rogue Squadron grounded, are Star Wars movies over? (Polygon)

The internet was a mistake. Just a goddamn stupid mistake. *shakes laptop* Release me! RELEASE ME NOW, YOU DEVIL BOX. (Twitter)

I cant explain how but this horse reminds me of machine gun kelly #hotd pic.twitter.com/7ZQlJkK4Yn