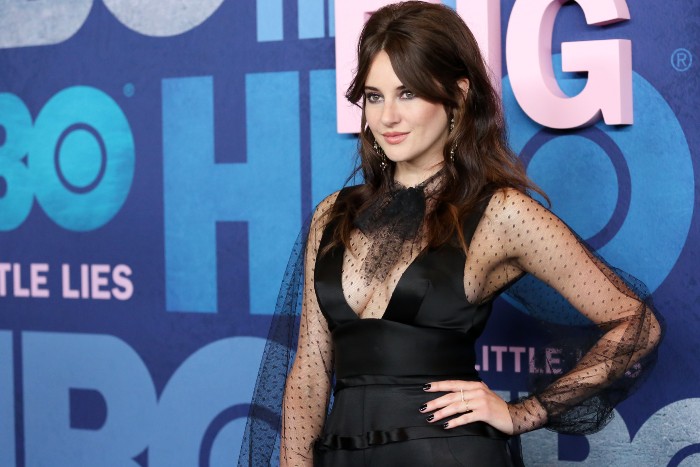 Despite the fact she used to — and maybe still does — eat clay and he tried to say homeopathic remedies are just as good as the COVID vaccine, you’d just assume Shailene Woodley and Aaron Rodgers agree on a lot of topics, but nope. The engaged couple reportedly decided very early in their relationship to never discuss politics and simply “agree to disagree.” (People)

Laverne Cox is living up her first time in Paris for Haute Couture week. (Lainey Gossip)

Kid Rock made a “Let’s Go Brandon” song for that special moron in your life. (Celebitchy)

There's only one kind of people who would vote to ban Maus, whatever they are calling themselves these days. https://t.co/fs1Jl62Qd8

From Jen: I don’t know who this person is but they’re raising a kid who gives awesome advice. (Twitter)

Forget right clicking, some dude is out here printing NFTs with a Game Boy. (Kotaku)

Because Adam McKay apparently didn’t do enough damage, now, Ron Perlman is flying off the handle at anyone who didn’t like Don’t Look Up. (The Independent)

After three years away, Saga is still the comic that most makes you feel like a proud, heartbroken parent. https://t.co/k0CaNgS6eX pic.twitter.com/OCNpqzxc3M

Apparently, there was an eyewitness to Matt Gaetz being told over the phone that he had sex with a minor. Good luck with that, you Quaqmire-faced piece of shit. (Daily Beast)

Meghan McCain got COVID and wrote a whole column yelling at Joe Biden about the availability of at-home tests, which I hate to admit is a real problem. However, Meghan naturally omits what the Republican stance is on COVID testing, and how the GOP would’ve handled things differently. It’s not like we can look at red states as an example, but oh wait, we can. (Uproxx)

In last year’s CBR Book Exchange, faintingviolet gave Mobius_Walker Hannah Kent’s Burial Rites. He says it’s a quiet book, but "…if you listen closely, there’s a fantastic story of survival and connection that’s whispered in the winter winds of Iceland." What is the last book that surprised you? (Cannonball Read 14)

I had no idea that Kolas sounded like that. 😳🐨 pic.twitter.com/3kwtXIENNk