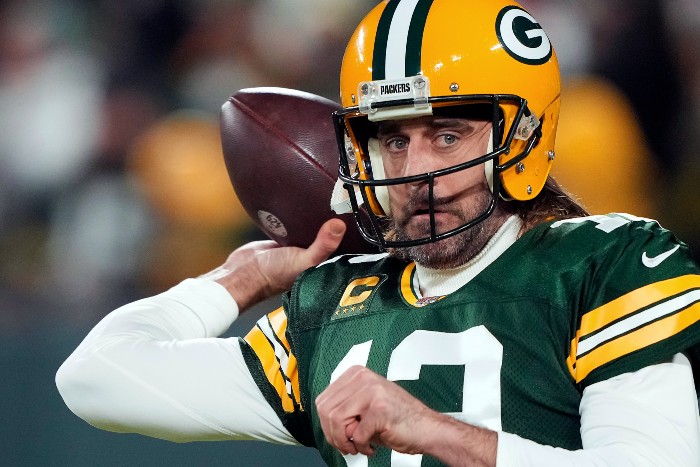 Aaron Rodgers Admits ‘Atlas Shrugged’ on His Shelf Was a Troll: ‘Never Even Read It’

After proudly pointing to a copy of Ayn Rand’s Atlas Shrugged during a Monday night interview on ESPN, Aaron Rodgers is now admitting that he’s never even read the book and was just trolling people. Um.. sick burn, I guess? (Mediaite)

Chris Pine gets coffee in LA after a viral video clinches his title as Best Chris. (Lainey Gossip)

Donald Trump Jr. and Kimberly Guilfoyle are engaged, and if you’re wondering what to get them for a wedding gift, coke. Cocaine. Lots of cocaine. (Dlisted)

CNN is not firing Andy Cohen for being shit-faced drunk during its New Year’s Eve special, which I’m pretty sure was the entire point. (Celebitchy)

From Dustin: Headline of the year, folks, and we’re only four days in.

From Jen: I see your farting reality star and raise you two of the strangest looking people I’ve ever seen.

Enjoying some public domain Winnie the Pooh? Here's a little trick to help you remember the difference. pic.twitter.com/NrrCysYiGj

Michael Keaton explains why he walked away from Batman. (Polygon)

A fascinating thread on how the crypto craze is a direct extension of the anti-Semitic push for “sound money” that goes all the way back to libertarians’ obsession with gold. (Dave Troy)

Chris Evans is in talks to play Gene Kelly in a new biopic. (Variety)

There’s no such thing as a pro-life feminist. (Jezebel)

CoffeeShopReader has some complaints about Valerie Valdes’ offbeat space opera, Chilling Effect, but don’t take that to mean she didn’t like it. She did. "The basic premise might sound familiar: space-ship captain and rag-tag crew/found family go about their existence but then everything changes when they are faced with a seemingly impossible mission and chaos/adventure ensues." Read any good sci-fi adventures lately? (Cannonball Read 14)

You know what? Fuck it. Marvel movies are cinema. You can honestly tell me that other “prestige” movies would show up for this little girl like this? https://t.co/g2z21i7968