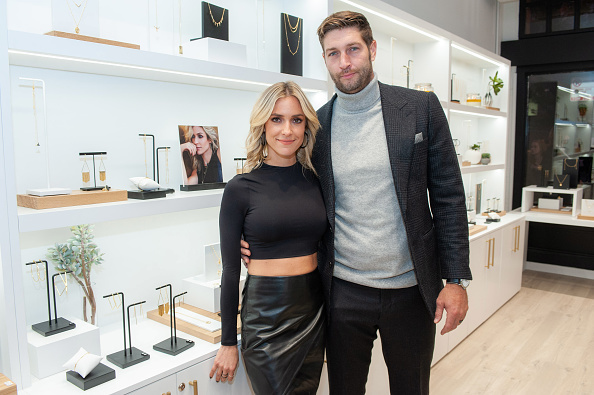 A Very Cavallari Divorce Is Getting Very Nasty

Nancy Meyers has the best kitchens in movies and now we get to see her real-life kitchen! - (Lainey)

Tom Hanks is the best Tom of all the Toms in all the world, probably. He really is just fantastic! - (The Dad)

Joe Manganiello is going beardless while in lockdown. I don’t think I care for it. What are your thoughts? - (Celebitchy)

Politico wrote a puff piece about Hope Hicks. Wonkette wrote a response. I like Wonkette’s much better. - (Wonkette)

A day after announcing their amicable divorce, the PR war between Jay Cutler and Kristin Cavallari is turning nasty, as Cavallari accused Cutler of marital “misconduct,” but only in anticipation of Cutler accusing her of misconduct. Also, while Cutler filed for divorce on April 21st, it appears that the relationship actually ended on April 7th, after they returned from being stuck in the Bahamas. - (Yahoo)

“I’m Depressed, But Feel I Have No Right To Be”: Class Guilt During The Pandemic - (Buzzfeed News)

When this is all over, many doctors, especially ER doctors may leave medicine. Who could blame them? - (Medium)

Thank god doughnuts are still considered an “essential business” during all of this because om nom nom, I want these. - (TIB)

Now’s a good time to become a vegetarian/vegan. - (Scary Mommy)

Elisabeth Hasselbeck has some words for Meghan ‘MY FATHER’ McCain. They’re not words of love and encouragement. - (Dlisted)

Lea Michelle is expecting her first child. I have very little doubt that she will tie the official announcement to her wedding picture, somehow. - (Broadway World)

The Lakers were one of the “small businesses” that got in on the PPP loan. The LOS ANGELES LAKERS. What the shit even? - (The Root)

Seth shared this “Great video of Huey Lewis going over his discography, telling us what he thinks about Patrick Bateman’s pre-murderous assessment, and giving us his own personal greatest hits list.” - (Pitchfork)

Mobius Walker was initially intrigued by Stephen Chbosky’s book, Imaginary Friend. The syntax choices worked until they didn’t. "He’ll need all thE helP he Can geT. FrOm hiS friendS. From his moM." Has a book started well and then taken a turn for the worse? (Cannonball Read 12)

Huh. I guess my misophonia doesn’t extend to dogs. (I wonder if Kate’s does?) I find this ADORable!

← ...Been Thinking About Barbra Streisand's Indoor Mall In Her Home's Basement a Lot Lately | Dr. Fauci Weighs In on the Accuracy of Brad Pitt's Impression of Him on 'SNL' →