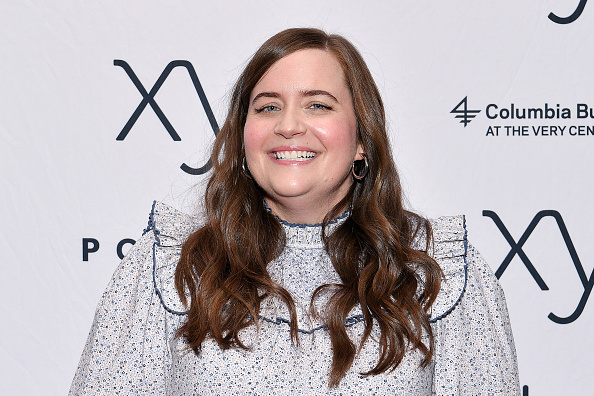 A Couple of 'SNL' Cast Members Don't Seem too Thrilled about Elon Musk Hosting, Either

Happy Monday, gang! The Monday following the Oscars is usually full of links about the show and the fashion, but I noped out early last night because, I don’t know, it just wasn’t working for me. The format left me underwhelmed, to say the least. That said, I’m only including a couple of Academy Award-related links. Don’t yell at me!

I must agree with the Fug Girls, there were definitely more midriffs than I expected. That’s not a criticism or complaint, I just wasn’t aware that that was the new trend. - (GFY)

This interview with Minari’s Alan S. Kim is too precious. - (Teen Vogue)

Want to listen to Kayleigh talk about the Cats movie for over an hour? The Ineffable podcast has you covered. - (Ineffable Podcast)

Ahhh, the refreshing sense of justice in the new era of Merrick Garland’s Department of Justice. - (News and Guts)

Not justice? Charging a woman with felony embezzlement charges for not returning a VHS rental. - (AV Club)

St. Vincent (or her team) killed an interview that was set to run, which seems pretty crappy & kinda’ sus. - (Lainey Gossip)

Also crappy, Elon Musk is scheduled to host SNL on May 8th, and some of the cast (subtly) expressed their feelings about it. - (DListed)

This is Prancer. He’s “the vessel for a traumatized Victorian child” who went viral for his brutally honest adoption ad. We are excited to share he finally found his forever home: one without men, children, or anything else he can’t h*ckin stand. 14/10 https://t.co/coN15R3THH pic.twitter.com/leMT0WwDTO

Do people still say “work wife/husband”? I have no idea if that’s still a thing. - (The Cut)

Some of the Disney World employees who lost their jobs due to the pandemic are having a really hard time emotionally. Disney was more than their job; Disney was their passion. - (Insider)

After reading Upright Women Wanted, Sarah Gailey is now on Debcapsfans’ must-read list. "This book is short, messy, and immersive and very resonant." Who is on your must-read list? (Cannonball Read 13)

Have a good one and I’ll see you again tomorrow!

← 'Roadrunner: A Film About Anthony Bourdain' Will Look Back at a Legend | Tucker Carlson Has No Idea What He's Talking About →