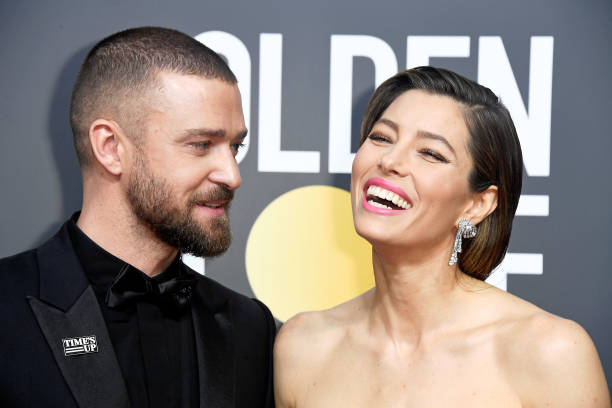 A Breathless Update on Justin Timberlake and Jessica Biel's Marriage

For no reason other than I’m, evidently, illiterate, I misread that Diplo and Post Malone Insta caption as “tell ‘em the in-laws coming.” Like, 3 times I read it that way and I shuddered each time imagining marrying into a Diplo/Post Malone family. - (Lainey)

Sarah Huckabee Sanders can handle a lot of things, but she does not like being called a liar. Well, then, here’s a suggestion, Sarah: DON’T BE A LYING LIAR WHO LIES! - (Celebitchy)

Speaking of lying, T.I. wants us to believe that he was just totally kidding about having his daughter’s hymen checked and the damn media went and misinterpreted him, you know, playing his own words back and everything. Uh-huh. Sure, Jan. - (Dlisted)

Bill Cosby has no remorse. In a rare interview, he confirms that he’s a delusional, arrogant piece of shit. - (THR)

Lizzo’s nails and her itty-bitty bag (“big enough for [her] fucks to give”) were some of my favorite looks from the AMAs. - (T&L)

I finally got my Trader Joe’s fix last Friday (it was my 3rd wedding anniversary and this is what I wanted to do - my husband is a very patient and indulgent man) and this was LITERALLY the first item I put in my cart. I love my little Grump Tree. I wish I would have bought a couple of extras for presents. - (Scary Mommy)

Michael Harriot has some blunt words about Mayor Pete. - (The Root)

Dear god, could things be worse for Braden? I honestly don’t know if it’s better or worse that he likes Sugar Ray/Mark McGrath.

Is General Mattis’s former speechwriter the ‘Anonymous’ of the Trump Administration? - (Daily Beast)

Ooooh, new mama drama on next season’s Grown-ish? My guess? It’s Halle Bailey’s character since she’ll be busy working on The Little Mermaid, but that’s just a guess. - (Shadow and Act)

In this week’s installment of the CBR11 Gift Guide, longtime Cannonballer and volunteer, Scootsa1000, recommends John Carreyrou’s Bad Blood: Secrets and Lies in a Silicon Valley Startup. There are a dozen 4- and 5-star reviews of it on Cannonball Read. Scootsa1000 likened it to a bonkers episode of Melrose Place, concluding "It’s the craziest book I’ve read this year." Are you familiar with the mind-boggling true story of Elizabeth Holmes and Theranos? (Cannonball Read 11)

← Jenna Dewan Didn't Shade Camila Cabello Because She Doesn't Know What Shade is, OK!? | Someone Paid Mark McGrath $100 to Break Up with Her Boyfriend, and He Nails It →