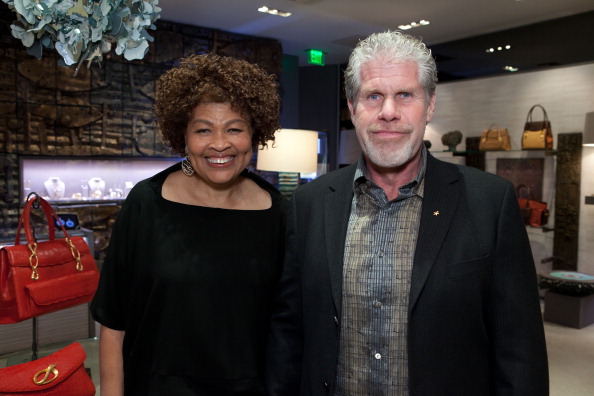 69-Year-Old-Ron Perlman to Divorce Amid Open Marriage Rumors, and 70-Year-Old Richard Gere Has Another Kid

Sons of Anarchy and Hellboy star Ron Perlman is getting a divorce, amid rumors of an open marriage. Meanwhile, 70-year-old Richard Gere is expecting another grandchild with his 36-year-old wife. I guess 70 really is the new 30. - (Celebitchy)

Can someone cut this content on a circa 1980s art deco mirror so I can snort it? https://t.co/xzWAfnp0nX

Maybe I’m getting ahead of myself here, but dammit, I need to feel optimistic for just a few minutes. Kentucky voted out their Republican governor, and now I truly believe it may be possible for Amy McGrath to beat Moscow Mitch next year. - (Vox)

You’ve probably seen her picture but you may not know the story behind “Kidz Bop Karen.” This covers the whole EXTRAVAGANZA of yikes! - (Buzzfeed)

Ok, I admit I’ve not had it, so maybe it really IS that good, but c’mon, it’s a CHICKEN SANDWICH - is it really worth killing over? - (Dlisted)

Drunk Elephant makes amazing (and expensive!) skincare products. Are they moving into the haircare world too? (Dear, Santa, I’ve been a very moderately good girl…) - (R29)

I can’t even believe that in addition to Barneys of New York filing for bankruptcy protection, Zac Posen’s line is going out of business. I really thought both were quite popular, especially with celebrities. - (Lainey)

Again, I know I know, too early to talk about Christmas, BUT, the Aldi Advent calendars go on sale tomorrow in the US. Cheese! Wine! Beer! There’s even one for dogs (not cats, though, because Aldi is CATIST!) But go early, because when they’re gone, they’re gone and they won’t get more. - (Aldi)

It’s good to see that Pajiba isn’t the only one who finds Michael Che tiresome and sexist. - (Shadow and Act)

Go Fug Yourself is doing a fun book giveaway for The Other Windsor Girl. Head over there to read a synopsis and to enter. - (GFY)

Jomidi was lucky to get an advance reader copy of Erin Morgenstern’s The Starless Sea. Jomidi found it as magical as Morgenstern’s previous book The Night Circus. For those of you waiting impatiently, the book is out today. "My favorite book of 2019! Erin Morgenstern - please don’t make me wait eight years for your next book!" What book are you most eagerly anticipating? (Cannonball Read 11)