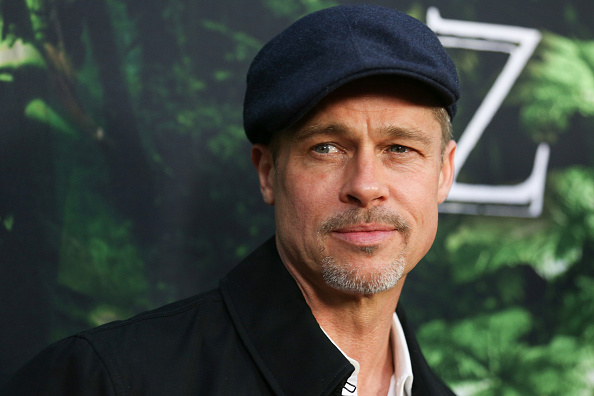 “Help, I can’t stop oversharing!” is something I could have written. I didn’t. But I could have. (The Cut)

Inside the writers room of Friends. PIVOOOOOOOOOTT! (Vulture)

What is more surprising: that there is such a thing as a car detective, or that someone lost a $7 million dollar car? (Esquire)

This is so heartbreaking: The New American Homeless. (The New Republic)

The details of why Brad Pitt is estranged from son Maddox are murky, but damn, they make Pitt sound like a lousy dad. (Celebitchy)

Speaking of Pitt: Yeah, he knows how his wife died in Once Upon a Time, but he won’t say. (THR)

This is from last week, but it’s so good. “Gamergate wasn’t the birth of a brand-new culture war, it was a rallying cry. And its trollish successes in intimidating women, deceiving clueless brands and picking up mainstream coverage taught a once-dormant subculture powerful lessons about manipulating audiences and manufacturing outrage.” (NYT)

James Bond has a title and it’s No Time to Die. He’s just so busy, okay? Like, just super swamped, you guys. Between the spying and his homemade kombucha side biz, he’s barely getting his beauty rest. (Lainey Gossip)

Drew Magary is bitching about the term “LET’S GOOOOOO” and I am here for this. I hope he can also go after “issa” and “fam”. (Deadspin)

This number is staggering. “This year, influencer marketing spend is at $8.5 billion and is projected to hit up to $10 billion in 2020. But engagement on sponsored content from fake followers is costing brands $1.3 billion a year.” (AMA)

Not gonna lie, these photos of the Veep ladies made me tear up. I miss this show very much. (GFY)

I’ve been waiting until this weekend to get Popeye’s new chicken sandwich, but now I see they’re selling out and I might go tonight. Have you tried it? Is it amazing? (Dlisted)

The Amazon rainforest is on fire. I don’t even have anything else to say about this. It’s terrifying. (MIT Technology Review)

Speaking of scary things, I read this on Reddit yesterday and I’m still thinking about it today: what happens when you die of rabies. (Reddit)

Now that the weekend’s discussion of Arthur Conan Doyle’s classic, A Study in Scarlet, is done (it was a great discussion, thanks everyone), Cannonballers are turning their attention to Sherlock retellings for the September 20-21 #CannonBookClub. About Alexis Hall’s The Affair of The Mysterious Letter, Leedock says, "It’s a sexy, paranormal, alternate-universe, gender-bending Sherlock-y bunch of goodness. SO MUCH FUN." What’s your favorite version of Sherlock Holmes? (Cannonball Read 11)

← Sorry Timothée Chalamet, Jude Law is Still the Best Fancy Lad in Hollywood | There Is No Better Time Than Right Now to Vote for the Right Candidate, Instead of the 'Electable' One →