The 2020 Pajiba Ten: The 10 Brainiest, Most Lustful Celebrities on the Planet

Today is the day, folks: 2020, the longest decade of our lives, finally comes to a close, but we couldn’t end the year without unveiling an official Pajiba 10, our 14th Annual. Yes, there is a Chris (although, two of the other three are now in the Hall of Fame), and a Kris! We have our new oldest member of the Pajiba 10, and one more Pajiba 10 member who has not only been elevated to the Hall of Fame but who may have had the second-best Pajiba 10 run in the history of our list. Finally, our number one this year enters the Pajiba 10 for the first time since 2014, when he was … number one. He clearly must hold the record for the longest gap between topping the list. Without further ado, we present the 2020 Pajiba 10. Happy New Year, and here’s to a better 2021!

10. Riz Ahmed — We are witnessing the ascendancy of Riz Ahmed, and I’m having a damn good time, if I may speak for myself. Back in 2018, when I first submitted Riz for our Pajiba 10 consideration, I wrote “THAT FACE. THAT SCRUFF.” 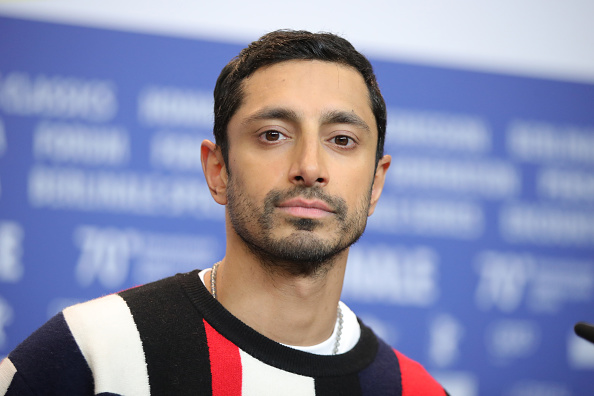 And yes, our man is still very pretty! But Sound of Metal fulfilled the promise laid out in The Night Of — Riz is a genuinely phenomenal, unbelievably introspective actor. Pair that with how much his 2020 album The Long Goodbye slapped, and everything’s coming up Riz. Hamlet on Netflix when??? — Roxana Hadadi

9. Kristen Stewart — Stewart has been in our lives for the better part of 20 years now, breaking through as the daughter of Jodie Foster’s character in 2002’s Panic Room, while fully entering pop-culture consciousness in 2008’s Twilight and its three sequels. The movies were mocked and ridiculed, but Stewart has been able to pivot away from those movies and into a successful run of indie flicks, even if she hasn’t quite been able to resurrect a big-budget career (she was, nevertheless, the best thing about Charlie’s Angels). 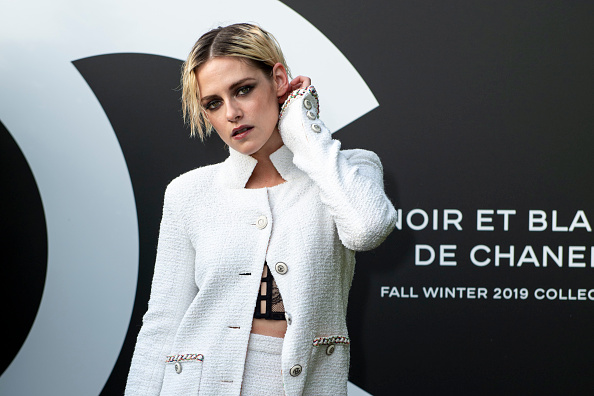 She’s been responsible for a lot of sexual awakenings over the years, but it’s been refreshing to see how she has become so appreciated for her acting (although not her comedy skills), while also being regarded by some as the real Best Kris in Hollywood. — Dustin Rowles

8. Chris Pine — As the rest of the world slowly comes to the realization that, yes, Pine is the Best Chris, I feel joyful and only a little bit smug. I’m not sure what tipped our chaotic prince over the top this year. Maybe it was the Wonder Woman 1984 fanny pack. 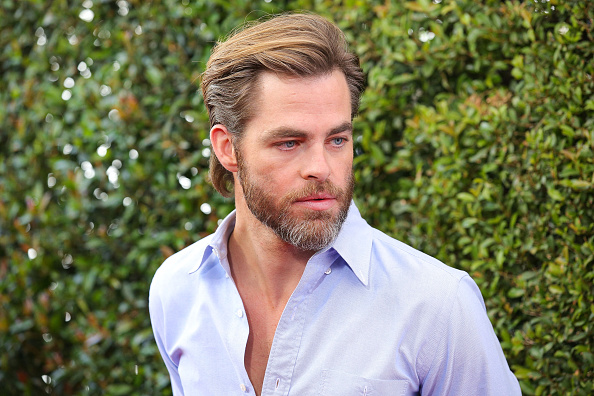 Perhaps it was his endless street fashion displays, reminding us once more that only true gods can pull off the cheetah print shirt and white Birkenstocks ensemble. Or hey, it may just have been that, in a year where celebrities would not stop putting their foot in it, the social media-free Pine remained silent, unblemished and pure in our minds. I’ll take what I can get. Suck it, Pratt. — Kayleigh Donaldson

7. Aubrey Plaza — No matter when you first discovered Aubrey Plaza - whether way back in Scott Pilgrim vs. the World or Parks and Recreation, or more recently in Happiest Season or Black Bear - you instantly fell in love with her. It wasn’t fair. She’s too smart, funny, beautiful, weird, sarcastic, and just god damned talented for you to have had any choice in the matter. As someone who spent a number of years living in Delaware, she has my full support as the most famous Delawarean:

Don’t concede Aubrey! (Also, should we talk about how she has maybe the best Twitter handle, because @evilhag is pretty amazing.)

This is where I could show you clips from Parks & Rec, or any of her countless amazing talk show appearances. But. I mean. Legion, y’all:

6. Dev Patel — It has been a genuine thrill to see Patel become a leading man, from his Oscar-nominated turn in Lion to his role as a mysterious hitman in The Wedding Guest to his embrace of period dramas. 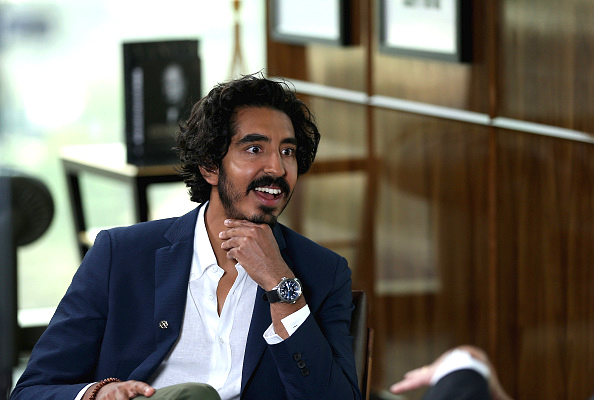 His natural charisma and earnest warmth are getting their moment in the sun, and with good material deserving of his talent. Dev Patel is a star for today, tomorrow, and Hollywood’s future, and his luscious locks will carry us to a brighter day. We may not get The Green Knight for a while, but for now, we can celebrate its leading man and all of the incredible qualities, superficial or otherwise, that define him as the star we need, deserve, and have dearly earned this year. — Kayleigh Donaldson

5. Dolly Parton — In the entire darkest timeline of 2020, there are a bare handful of things that united us. Chief among them is national treasure and unproblematic legend Dolly Parton, who officially becomes the oldest member ever of the Pajiba 10. 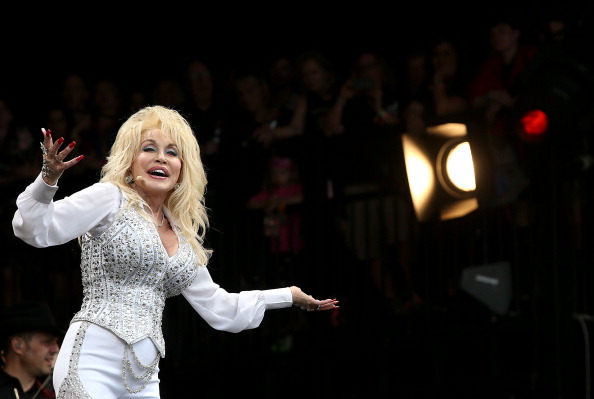 In addition to her Imagination Library, she also donated $1 million toward the vaccine, raised money for disaster relief and used her celebrity to support Black Lives Matter. Thank Dolly, Biden will be our President next year but I think we all know who our Queen is. — Nicole Edry

4. Dan Levy — Dan Levy is a treasure. There’s no denying that. Not only did he deliver the most emotionally effective speech in Happy Endings but he also helped bring us a perfect final season of Schitt’s Creek. 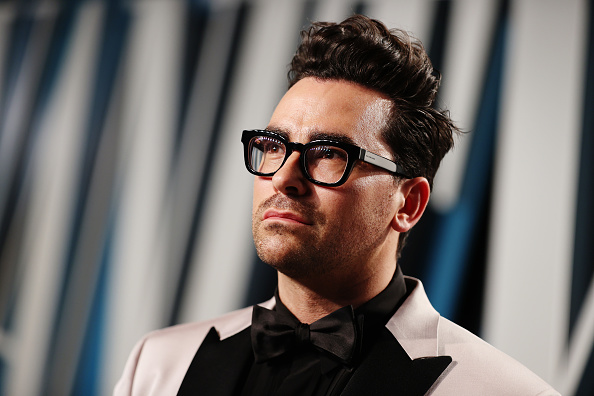 His fashion sense is amazing (those sweaters and skirt suits are top-notch), he genuinely roots for and loves his castmates, and he’s got a pretty good head on his shoulders. What’s not to love? — Mae Abdulbaki

3. Tessa Thompson — Tessa Thompson is the Pajiba 10 member this year who feels most like she’s already in the Hall of Fame. She wasn’t, but she is now, and with the exception perhaps of Nathan Fillion in the early days of the Pajiba 10, she’s had the most dominant three-year run in the history of the site, placing first, second, and now third in her final year of eligibility. 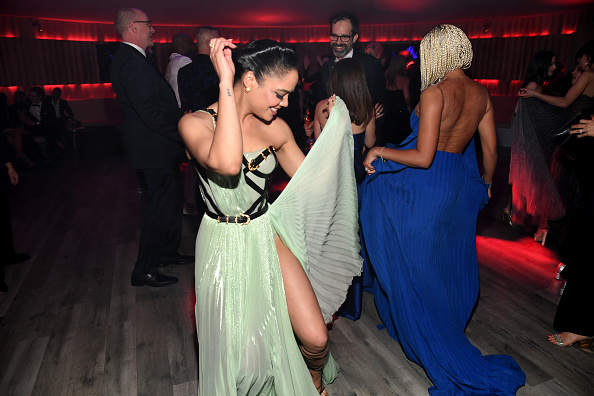 She joins the ranks of our fallen soldiers of lustfulness, and while I was about to suggest that she may be the youngest member of the Pajiba Hall of Fame, I have just learned that she is 37 years old, which not only blows my mind but forces me to reckon with the fact that it’s been 15 years since she recurred in Veronica Mars. Wow. What a run she’s had, and it still feels like her career is just getting started. — Dustin Rowles

2. Keanu Reeves — Just a friendly reminder that throughout the entire colourful history of the Pajiba 10, it took until last year for Keanu Reeves to make it onto the final year-end list. That was his first time ever appearing on the internet’s premier and most sophisticated ranking of attractiveness. Keanu’s. It boggles the mind. But it’s OK. Because when Keanu did finally make it, he stormed into the number one position with three times the number of votes that were granted to second place (Tessa Thompson). That was one hell of an impressive achievement, and it made up for all the lost time. 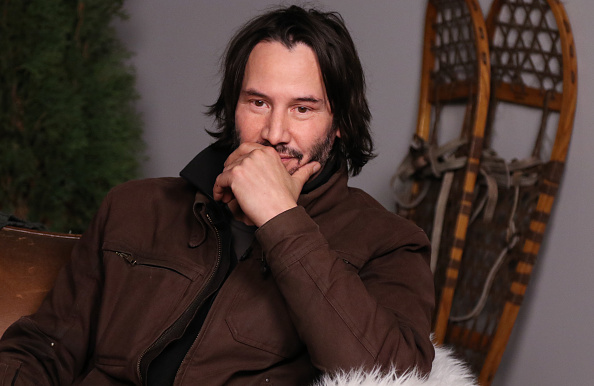 This year, that original crime of omission continues to be atoned for as our boy Keanu has rocketed up the ranks yet again, almost but not quite ascending all the way to claim his crown once more. He didn’t quite make it to number one, but that’s alright. The competition was stiff indeed. What matters is that when judging celebrities according to a complicated calculus of physical appeal, talent, hard work, and raw character, the readers of Pajiba have come through once again to acknowledge Mr. Reeves—who has spent over three decades charming audiences in role after iconic role with warm humour, effortless sex appeal, and a commitment to the natural physicality of his craft that most mainstream performers half his age shy away from. That fact that there seems to be no end to the stories attesting just how decent and kind a person Keanu is most certainly does not hurt either. Keanu may not have claimed the Pajiba 10 crown this year, but that’s all right: He wouldn’t want a crown all for himself again anyway. He’d be happier with everyone getting to wear it for a while. — Petr Knava

1. Pedro Pascal — Everyone’s favorite adoptive alien daddy hasn’t been on the P10 since 2014, when he topped the list, and it’s awesome to see him back. 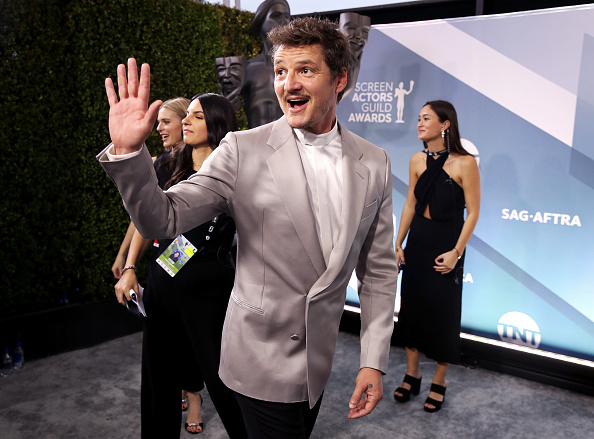 Pascal’s been one of the busier GoT alums over these years, lending his considerable talents to various projects ranging from film, television, to voice work. Between his beautiful brown eyes and sweet smile, the man has sex appeal to spare, though it doesn’t get in the way of him being delightfully silly when the mood strikes. He’s smoking hot, yet somehow also gives off that incredibly wholesome “I’m a cuddler” vibe. For all these reasons and more, the gentleman has certainly earned this coveted spot on the P10. — Kaleena Rivera