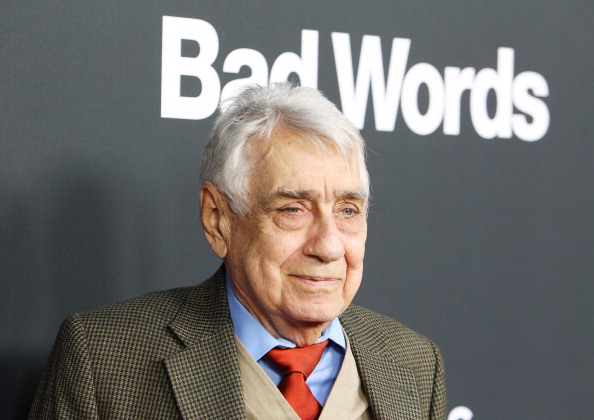 Philip Baker Hall, one of the best and most prolific character actors to ever appear on both stage and screen, whose face and voice were both memorable for conveying so much gravity, authority, kindness, and immense regret, died this past Sunday from emphysema at the age of 90. Hall’s friend and neighbor, Los Angeles Times sports reporter Sam Farmer, broke the news yesterday afternoon on Twitter.

My neighbor, friend, and one of the wisest, most talented and kindest people I’ve ever met, Philip Baker Hall, died peacefully last night. He was surrounded by loved ones. The world has an empty space in it. pic.twitter.com/pBCaILjHPT

Born in Toledo, Ohio in 1931, Philip Baker Hall served as a translator for the U.S. Army in Germany and also worked as a high-school teacher before he decided to become an actor. He made his film debut in Cowards, and his television debut on Good Times. He did additional guest appearances on M*A*S*H, The Waltons, It’s A Living, and Quincy, M.E. The role that made people take notice of Hall and of his capabilities as an actor was President Richard Nixon, and it was in the 1984 film Secret Honor, directed by Robert Altman. It is a one-person show that features only Hall onscreen as Nixon, as he drunkenly and angrily discusses the details of his life and his career as President of the United States, including the Watergate scandal.

For the next few years, Hall made his presence felt with smaller roles in many other films, including Nothing In Common, Three O’Clock High, and Midnight Run, where he played Sidney, lawyer to ruthless gangster Jimmy Serrano (the late Dennis Farina) who regularly offered advice, only to be told by Jimmy that he needed to shut up because he was stressing him out and getting on his nerves.

When I wrote about Say Anything… in 2019 for its thirtieth anniversary, I touched upon the fact that one of the things that made this film so great and so wonderful to watch was how there were plenty of minor characters who may have had less screentime, but they still made themselves memorable because of what they say and how they say it. And one of those characters, who was onscreen for no longer than five minutes, was an IRS agent played by Hall, and he is introduced when Diane Court (Ione Skye) arrives at his office in order to plead her father’s innocence. Even before Hall says a word, you can tell by the look on his face that he is clearly empathetic to what this young woman is going through. However, he is firmly but compassionately honest when he tells Diane what her father has been accused of, that there is more than enough evidence to prove his guilt, and when he tells her that she shouldn’t let his crimes stop her from completing her education and living her life.

In 1993, Hall starred in a short film called Cigarettes & Coffee, which was written and directed by an NYU film school dropout named Paul Thomas Anderson. Despite his inexperience, Anderson impressed Hall with the quality of the script, as well as his clear vision of how he wanted to tell his story. The short film made a great impression on the short film festival circuit, and would later be accepted into the Sundance Festival Shorts Program. Anderson was later offered the opportunity by the Sundance Institute to develop a feature film. That feature film, which was loosely inspired by Cigarettes & Coffee, was Hard Eight, which Anderson also wrote and directed (and which he prefers to call Sydney, as the title Hard Eight was forced onto him by the studio). Along with Hall, the film also starred John C. Reilly, Gwyneth Paltrow, and Samuel L. Jackson.

Hard Eight was the first of several collaborations between Hall and Anderson in feature films. After seeing Hall as Sydney, a professional gambler who takes a troubled young man named John (Reilly) under his wing, and who will do whatever it takes to make sure that the secrets of his past stay buried, it’s easy to see why their working relationship was a successful one.

The two worked together again on Anderson’s next film, Boogie Nights. Hall played Floyd Gondolli, the rich and powerful pornography theater magnate who approaches director Jack Horner (Burt Reynolds) and producer “The Colonel” (Robert Ridgely) about moving from film to videotape for shooting porn films, as it will be both cheaper and easier. This does not make Jack happy, as he feels that shooting on videotape (and doing so with untrained amateurs) is a massive downgrade compared to shooting on film with trained professionals. And Floyd’s response to try and calm Jack down, and let him know where he’s really coming from? It truly is one of the greatest line readings in any film, and I say that with no hyperbole whatsoever. Hall sells it beautifully, and…well, you’ll know it when you hear it.

If you pay close attention to Ridgely sitting in the background when Hall says that line, you can see him break character for a moment as he covers his mouth in order to suppress his laughter.

After Boogie Nights, Paul Thomas Anderson and Philip Baker Hall worked together on the writer-director’s next film, Magnolia. In it, Hall played Jimmy Gator, a talk-show host who is dying of cancer, and who is forced to confront the very likely possibility that he sexually abused his daughter, Claudia (Melora Walters), resulting in her being estranged from her family.

Hall also appeared in such films as The Rock (where he appeared opposite the late John Spencer and expressed his doubts that the late Sean Connery’s character would remain a serious threat if he is ever released from prison: “He is my age, for Christ’s sake! I have to get up three times a night to take a piss.”), Ghostbusters II, An Innocent Man, Kiss of Death, Air Force One, The Truman Show, The Insider (where he played 60 Minutes producer Don Hewitt), The Talented Mr. Ripley, Dogville, Argo, and numerous other films. As for the many other television shows where he made guest appearances, the list is longer than a receipt from CVS: Benson, Hardcastle and McCormick, T.J. Hooker, Miami Vice, Family Ties, Matlock (thanks to Grandpa Simpson, I can never read that name without hearing his voice say it as only he can), L.A. Law, The Practice, Everwood, The West Wing, The Newsroom, Madam Secretary, and Messiah, which aired on Netflix in 2020 and was Hall’s final role. If ever there was someone who earned “Hey, It’s That Guy” status throughout his career (other than the late, great character actor J.T. Walsh, who inspired this phrase and its Internet usage in the first place), it was Philip Baker Hall.

Hall didn’t just limit his skills to dramas, he also appeared in comedies as well. Not only did he appear in the Rush Hour trilogy, The TV Set, Sour Grapes, and Bruce Almighty, he also guest-starred on Cheers, Empty Nest, 3rd Rock From The Sun, Curb Your Enthusiasm, Modern Family, Children’s Hospital, and BoJack Horseman. But the guest spot that he is most known and fondly remembered for is that of library investigations officer Lt. Joe Bookman on Seinfeld, who took his job very seriously and who had no tolerance for joy-boys like Jerry Seinfeld (who was clearly trying so damn hard not to break character and burst into laughter whenever Hall spoke, which makes their scenes together even funnier), or their blatant disrespect for the New York Public Library.

When news broke on social media that Philip Baker Hall had passed away, it didn’t take long for people to share how much they appreciated him and his work.

RIP Philip Baker Hall. One of the greats. It’s been a gift watching you. It was an honor working with you in Zodiac. Kindness, generosity, humility, and great talent.
https://t.co/EliSmerhiE

R.I.P. Philip Baker Hall, an incredible actor who could command your attention, make you laugh, or break your heart no matter the size of the role. pic.twitter.com/6jfReSucuW

It was a dream come true to synthesize classic comedy with one of our favorite references, Dragnet and no one could have personified that character better than the great Philip Baker Hall. And he had the greatest straight man in Jerry. Check PBH on Curb too. #RIPPhilipBakerHall https://t.co/AjErxedZaN

The great Philip Baker Hall will forever be remembered by Seinfeld fans as the hard-nosed library detective, Mr. Bookman. Hall had a long and impressive career as one of Hollywood's top character actors. His talent will be cherished. pic.twitter.com/1x5mLyvro3

A wealth of great Philip Baker Hall performances to remember him by, but his turn in HARD EIGHT — his gravity, his gait, that worn voice, the way his eyes are always working — is so immense you get why PTA fought to simply call the film SYDNEY. It’s his.
pic.twitter.com/7frabiHcG4

From "Hard Eight" to "Zodiac," from "Magnolia" to "Seinfeld," the moment Philip Baker Hall appeared onscreen, that TV show or movie instantly got better. What a versatile, quietly commanding, wonderful actor. Rest in Peace. pic.twitter.com/lmAQPMJIGJ

I am simply noting that Paul Thomas Anderson's debut feature Hard Eight, with a magisterial lead performance from Philip Baker Hall, is currently streaming on Hulu, Apple TV, Amazon Prime & many other places & watching it tonight would be a fitting tribute to him. pic.twitter.com/E8YRcBMsjy

Philip Baker Hall in SECRET HONOR (Altman, 1984) does more in 45 seconds than most others ever could. pic.twitter.com/tgkqUiC2bS

Philip Baker Hall gave the world so many iconic performances that will be watched for years to come. pic.twitter.com/926chUsrv5

Sam Farmer, who had originally broken the news of Hall’s passing, wrote a tribute to him, and expressed how much he appreciated the man as well as his friendship.

Philip’s superpower, and undoubtedly something that made him great as an actor, was his keen ability to listen. He didn’t just tell stories, he wanted to hear them. He loved music and knew speakers and other audio equipment down to the smallest of details. He was good with his hands too. He built bookshelves and tables and a bed. He even built a guitar and harpsichord.

I used to tell him, “I buy into every single one of your characters,” and I meant it. He was incredibly genuine. As some people have noted on Twitter, the guy stole every scene. I often wondered how this force of nature didn’t become a Hollywood superstar.

But he was more than enough, a lovely person and an incredible talent. So often famous people — people you think you know — can fall short of expectations in real life.

Philip was everything you’d hope he would be.

Hall is survived by his wife, Holly Wolfle, and their two daughters, Adella and Anna.

There are those character actors, those familiar faces and voices, whose very presence in any film or television show automatically makes it better as soon as you see them appear onscreen. No matter how big or small the role, you can’t help but smile and maybe even relax a little, because you just know that those character actors will give you something in their performance that’s worth remembering.

Philip Baker Hall was truly one of them, and that presence will always be missed.

May he rest in peace. 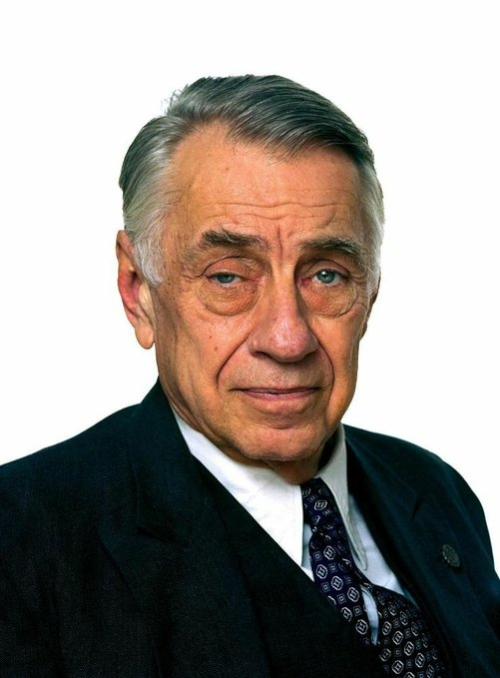 ← Recorded for Posterity: Moviegoing Ain't the Same Anymore | The Falklands Malvinas War: 40 Years Of A War That Meant Nothing And Meant Everything →