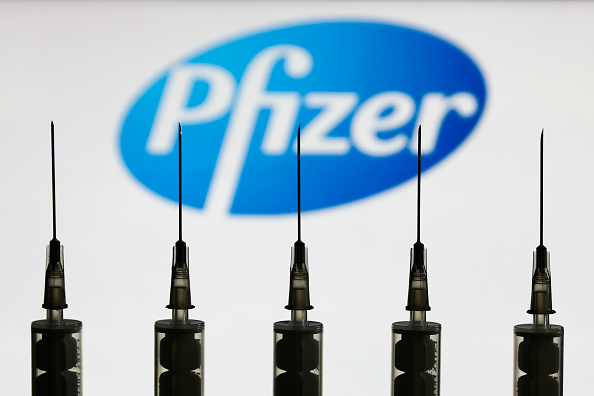 Believe it or not, the pharmaceutical industry has done a fairly decent job of staying out of the politics of a Coronavirus vaccine, but don’t give them too much credit. Big Pharma is all about making a profit, and they know that some people will be less inclined to allow the administration of their vaccine if it were politicized. The news media, however, has no such concerns, and depending on which outlet you read, this news — about a potential vaccine that could save millions of lives! — is still being framed around what it means to Donald Trump.

The Times says its bad news for Trump: “Pfizer said that it would not apply for emergency authorization of its coronavirus vaccine before the third week of November, ruling out President Trump’s assertion that a vaccine would be ready before Election Day.”

Same over at The Daily Beast: “The CEO of Pfizer confirmed Friday morning that the pharmaceutical giant would not be applying for emergency authorization of its coronavirus vaccine before the end of October, ruling out any hopes of having an American vaccine before Election Day.”

And Politico: “Pfizer won’t seek coronavirus vaccine authorization until after election, possibly a final blow to Trump’s vows to make a shot available by then.”

This may be a “blow” to Trump, but the more important thing here is how good this is for science. Assuming positive data, Pfizer will be applying for emergency use authorization of a vaccine by the third week of November, switching gears on statements before in which Pfizer said it would apply by the end of the month.

In a statement posted to the company website, the chief executive, Dr. Albert Bourla, said that although Pfizer could have preliminary numbers by the end of October about whether the vaccine works, it would still need to collect safety and manufacturing data that will stretch the timeline to at least the third week of November.

Close watchers of the vaccine race had already known that Pfizer wouldn’t be able to meet the requirements of the Food and Drug Administration by the end of this month. But Friday’s announcement represents a shift in tone for the company and its leader, who has repeatedly emphasized the month of October in interviews and public appearances.

“This is good, really good,” said Dr. Eric Topol, a clinical trial expert at Scripps Research in San Diego who was one of 60 public health officials and others in the medical community who signed a letter to Pfizer urging it not to rush its vaccine.

If anyone had said to us in March that we’d have a successful vaccine in November, we’d have called them insane. This is terrific news, and while the pandemic is long from over, assuming positive data, this could be the very beginning of the end. Electing Joe Biden to handle the logistics of the vaccine, meanwhile, could also make it more efficient.


← How About If We Just Stop Commenting On Women's Bodies All Together? Deal? Deal. | Armie Hammer Thrills Fans With Timothée Chalamet Thirst Reply, Then Mocks Them →