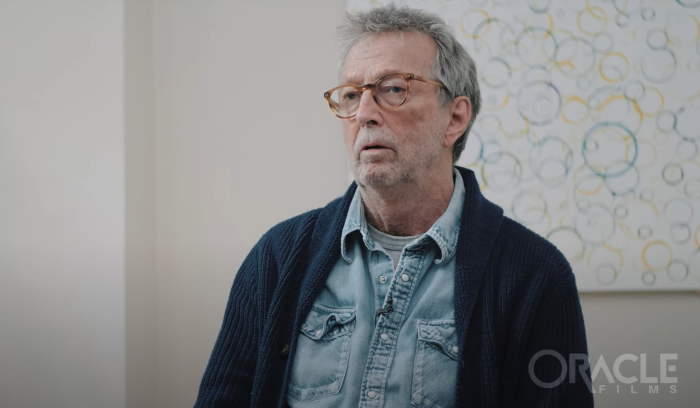 Eric Clapton Is an Idiot

Legendary guitarist and performer Eric Clapton, whom you may remember from such hits as Layla, Tears In Heaven, and “This is England, this is a white country, we don’t want any Black w—s and c—s living here,” is trending this morning after being featured in a video from Oracle Films, which appears to be a right-wing anti-vaxxer media company promoting conspiracy theories and the sort of medical claptrap that makes navigating a barely post-pandemic world so much fun. Presented as “just asking questions,” Clapton’s statement is full of the subjective nonsense one expects from a senior citizen who referred to immigration as the “Arabic invasion” as recently as 2018. I’ve embedded it below, but I recommend scrolling past if you value your remaining brain cells.

Basically, he claims the vaccine made it difficult for him to play guitar. This issue existed in 2016, so I assume there’s a temporal element to the AstraZeneca vaccine that allows time travel. He also complains he’s been ostracized by his children for speaking out against lockdown and mandatory vaccinations. It doesn’t occur to him that his rants about Covid vaccinations causing sterility may be the cause. Clapton’s talking from a place of profound privilege, of course. He’s out here sharing conspiracy theories after getting his shots, and trying to stop others from receiving the same protection. He belongs to an economic class that by its very nature keeps him safer than most of the people who will listen to him. But privilege and ignorance are not limited to the wealthy Brits.

A Houston judge dismissed a lawsuit Saturday brought by 117 employees of Houston Methodist Hospital after they were suspended without pay for refusing vaccination by the facility’s deadline. Almost 25,000 employees of the hospital network are already vaccinated, no doubt partly why these employees felt comfortable ignoring basic safety. For once Texas’s terrible employment laws worked against conservative selfishness, because employees can only refuse their employers’ demands if they are illegal; requiring vaccinations is not. They didn’t help their case by comparing vaccine requirements to Nazi medical experiments. As tactics go, it’s rarely a winner. But like Clapton, they feel comfortable demanding exceptions because they are shielded from their irresponsibility by the people around them. 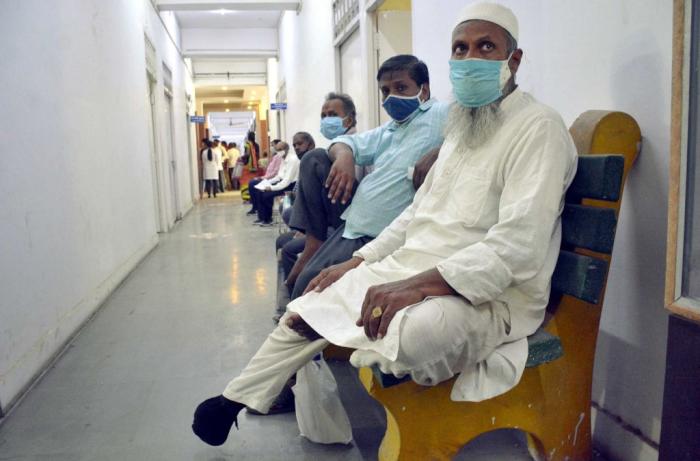 They’re the lucky ones. In India, where only 11% of the population has received 1 shot and 3% have both, a terrifying fungal infection is hammering covid sufferers. The Telegraph has a truly disturbing exposé on the dangers of the “Delta” Covid variant researchers believe responsible for the black mold devouring the sinuses, lungs, and brains of patients. Briefly, it is believed the Delta variant damages the pancreas more than other strains. This causes diabetes and glucose levels much higher than normal. It is an environment that allows the fungus to thrive. There are thousands of sufferers, many of whom require surgical excision of their eyes, sinuses, and other tissues to save their lives. Heavy steroid use as a Covid defense also contributes to the danger, but doctors believe the Delta strain to be the biggest factor. It’s the sort of devastating medical emergency that is exacerbated by population density and poverty, and the kind of threat Clapton and the Houston Methodist Hospital employees can ignore. Houston certainly has its own issues with poverty, but the scale is entirely different.

Covid remains a global threat. Its effects are less visible in the US and the UK than they were a year ago, but they remain. The virus still rampages through Russia, India, and other nations where poverty limits vaccine access and government distrust makes people less likely to take it. This isn’t just an international issue, not when 30% of Republicans still refuse to get vaccinated. Ideological purity is literally killing us even as we ignore the human cost in other countries. This isn’t new; we’ve ignored cholera, typhus, and other lethal illnesses sweeping through India’s slums for decades because they no longer affect the US. Too many Americans continue to disregard Covid’s threats because our low population density and national economic resources allow them to do so without fear of consequence. This won’t change; an appeal is expected in the Houston Methodist Hospital suit. It will come down to who Republican judges want to pander to more— business owners who want to require vaccinations, or fundamentalist conservatives who mistake selfishness for freedom. Clapton is another boomer reactionary like Morrissey who resents his advancing age and turned from youthful rebel to misanthropic old codger as a coping mechanism. The good news is it’s a phase that comes with a built-in expiration date. Just ask Charlie Daniels.

← 'The Morning Show' Season 2 Trailer: Out of the Ashes of Unreasonable Expectations | That's a Shame About 'Clarice' →