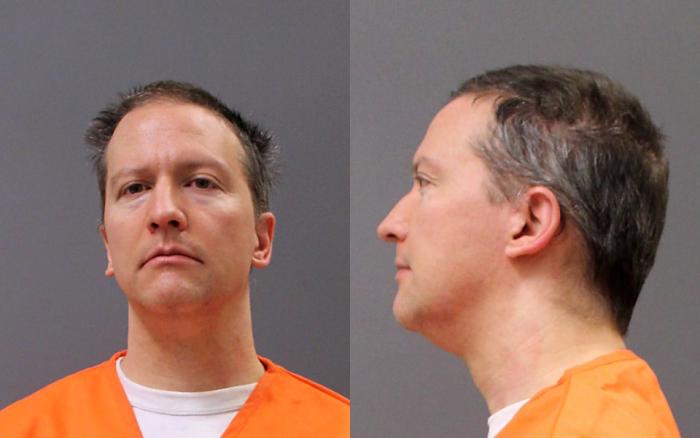 Former police officer and currently convicted murderer Derek Chauvin would like you to know he deserves a new trial, folks. Sure, he coldly murdered George Floyd over a potentially counterfeit $20 bill and OK, there were numerous eyewitnesses and graphic video footage of the May 25, 2020 killing. But what about the fact that one of his jurors attended an anniversary event in DC commemorating Martin Luther King Jr’s “I Have a Dream” speech? Surely this balances out the overwhelming evidence? (Hint: It does not.)

Attorney Eric Nelson has filed a motion for a new trial, alleging that juror Brandon Mitchell’s attendance at the above event indicates a prejudicial attitude on Mitchell’s behalf. He states Mitchell’s statements to the press that the jurors wondered why convicted felon Chauvin did not speak in his own defense indicate further prejudice on the part of the jury since Judge Cahill instructed the jury to discount Chauvin’s 5th Amendment stance. Nelson also argues Judge Cahill should’ve instructed the jury to avoid all media during the trial, and that the defense had difficulty procuring expert witnesses due to the chilling nature of the media coverage. The possibility that they couldn’t get expert witnesses because it was a clear-cut case of murder doesn’t seem to enter into it.

Nelson claims a number of missteps on Judge Cahill’s part unduly prejudiced the jury against Officer Chauvin who, before murdering George Floyd in broad daylight, already had 18 misconduct complaints filed against him. The most grievous of these involve the beating of a 14-year-old Black boy in 2017, who Chauvin struck with his flashlight before kneeling on the boy’s back for 17 minutes. In a grim preview of what was to come, he also ignored the boy’s statements that he couldn’t breathe. Jurors in the Floyd case were not informed of this case, and the Justice Department is still deciding if they should file charges.

Every defendant is entitled to a robust defense and motions for a new trial or dismissal are very common in murder trials. Eric Nelson is doing his job. Legal experts, however, don’t give the appeal very good odds, and the convicted murderer faces up to 40 years in prison at his sentencing on June 25. May he live long enough to experience every. single. one.


← Following the Downfall of Noel Clarke, Adam Deacon Has Finally Reclaimed his Own Story | Review: 'Benny Loves You' Feels Like A Scruffy Cousin Of The 'Cornetto Trilogy' →