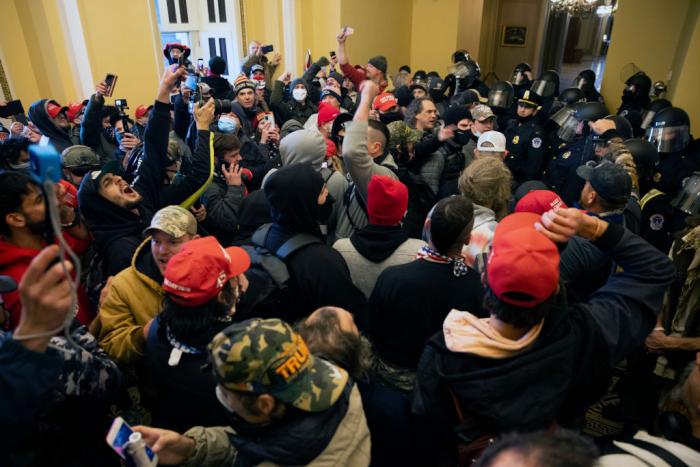 Congressional Republicans would like you to believe the January 6, 2021 insurrectionist riot at the Capitol never happened. Like a bad boyfriend insisting he really didn’t forget your birthday, Representatives seem to believe that if they blow enough smoke the rest of us will forget the evidence of our eyes. It was, in the words of Rep. Andrew Clyde, “a normal tourist visit.” Clyde also voted against Congressional Gold Medals for the police officers defending the Capitol that day. Rep. Paul Gosar, a man so vile his own family made political ads for his opponent and who attends white nationalist conventions, called the shooting death of insurrectionist Ashli Babbit an “execution.” Babbit, you may recall, defied police orders to remain on the far side of a locked door, and broke through a window into a secured space where officers were defending congressional aides.

They aren’t the only ones. Ralph Norman claimed there was no way to know if the hundreds of people draped in Trump flags and MAGA hats truly were Republicans. Clyde summed up the myopic take by stating “There was no insurrection. To call it an insurrection is a bold-faced lie.”

At this point, there probably isn’t an American who doesn’t understand how gaslighting works. How politicians, bosses, and spouses will lie over and over again until we doubt what we’ve seen and heard. Here, they’re trying it on an entire nation. Despite the live feeds from the Capitol attack, despite Trump’s own statements in support of insurrection both before the attack and after. They want you to forget what it looks like when a bunch of white guys violently attack the police without fear of repercussions. The saddest part, of course, is that it works. Not on anyone with the slightest critical thinking skills, but over half the Republican base thinks (or at least claims to think) they and their leaders bear no responsibility for what happened that day. Their eyes and ears are shut tight, though their mouths still flap. There is a huge contingent of Americans willing to believe whatever pretty lie makes them feel best about themselves. Unfortunately, their leaders not only allow but encourage their delusion. Easy access to the internet and instantaneous news was supposed to alleviate this sort of willful ignorance. Turns out, it just made it worse.