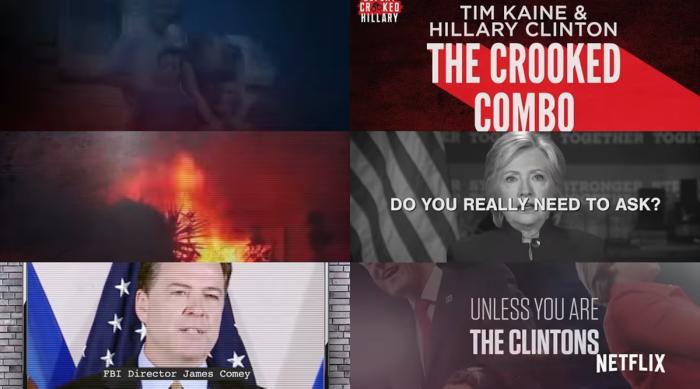 Netflix’s new documentary The Great Hack, out this week, explores data privacy, Cambridge Analytica, Facebook, and the role it had not only in the 2016 Presidential election but the Brexit referendum, as well. To be honest, the two-hour documentary is not that interesting, and there’s nothing here that can’t be learned by gleaning an article or two in The New York Times (this one, for instance). The Great Hack tries to punch up what is essentially dry material — damaging our democracy is a very tedious business — by injecting some personalities into it (specifically, former Cambridge Analytica executive Brittany Kaiser). Alas, it’s kind of like watching the Mueller Hearings — the important stuff is rarely all that dramatic.

In short, The Great Hack details how Cambridge Analytica used “weapons-grade data” from Facebook to specifically target persuadable, undecided voters in both the 2016 election and the Brexit referendum and then bombard them with ads to persuade them to vote for Trump/Brexit. It wasn’t that expensive for the Trump campaign, because they only needed to persuade, say, 70,000 voters in three states. It probably also wasn’t that hard to convince “persuadables” because undecided people who spend a lot of time on Facebook looking at other peoples’ babies are highly susceptible to messages that appeal to their fears and anger.

That’s essentially the gist of the entire documentary, although there is plenty of background on Cambridge Analytica and its CEO, Alexander Nix, and a lot of material tracking its downfall. The documentary did, however, inspire some thoughts, chief among them this: Would there have been any outrage against Cambridge Analytica if Hillary had used it and won? I’m not trying to be contrarian by asking that, but if Hillary had bombarded persuadable voters in swing states with positive messages of hope, would we have cared? Or what if Jeb Bush had used it to bombard Facebook users with information about his tax plan?

I ask because Brittany Kaiser — a Cambridge Analytica exec who figured heavily into Trump’s Facebook campaigns — began her career working social media for Obama’s 2008 campaign. Bombarding folks with messages of hope was basically what she did; the only difference is, she didn’t have the data to target voters as directly, nor the data to understand what exactly would resonate with those persuadables.

Look: Facebook and Google use our data. We know that. It’s baked in. It’s how Google and Facebook make their money. Whenever we log onto Facebook (or Instagram), or do a search on Google, we implicitly understand that they are collecting information on us that they will use to sell us stuff. Are we pissed off that political campaigns used that data to target persuadables? Or are we pissed off that the Trump campaign used that data to target persuadables by specifically appealing to anger and fear with racists, anti-immigrant ads, fake news, and conspiracy theories?

In other words, are we upset with the practice? Or the methods? Because I’m not that upset when Instagram tries to sell me a new hat every time I log on (I like hats, and sometimes it works!). But I would be upset if Instagram tried to persuade me to vote for Trump because he’s the only way to save our country from “Muslim terrorists and Mexican rapists.” Is Cambridge Analytic bad because it used our data? Or is it bad because it used our data for evil?

Moreover, it’s not like there aren’t a host of targeting tools on Facebook without Cambridge Analytica’s involvement. Any political candidate or brand can use them. That’s how Facebook makes its money. Cambridge Analytica merely allowed the Trump campaign to target more specifically. However, there’s nothing that prohibits the Trump campaign from, say, targetting Wisconsin fans of The Walking Dead with anti-immigration ads during an arc in which Alexandrians were trying to keep “others” out, which is something that Jared Kushner bragged about doing in 2016. It’s dirty pool, but there’s nothing illegal about it. Maybe Democrats should be smarter about their own Facebook campaigns by, say, targeting fans of Orange is the New Black in Pennsylvania who are watching beloved characters be deported by ICE in its final season. Whether Cambridge Analytica exists or not, social-media warfare is not going away. We need to be better at it. But also, Facebook should ban racist, anti-immigrant or misleading ads, regardless of whom they are targetting.