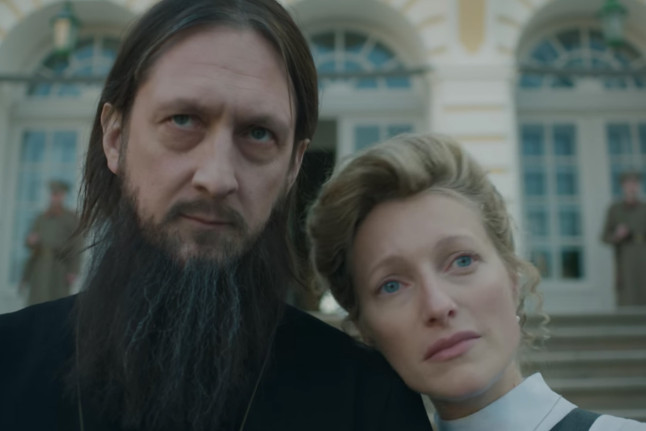 Review: Netflix's 'The Last Czars' Refuses to Let History Speak for Itself

There’s probably no period of history more ripe for a prestige drama than Russia between the years of, say, the Russo-Japanese War in 1904 until the death of Lenin in 1923. It was the real-life Game of Thrones, and the Romanovs are basically the real-life Lannisters. But you’ve also got the Bolsheviks and Mensheviks vying over who will control the revolution, and the Duma trying to take power from Tsar Nicholas, who has basically ceded executive power to his wife, who was being controlled by a mad man, Rasputin. Then there’s a revolution and then a revolution within the revolution, and while all of this is happening, the Germans are trying to invade Russia. Hundreds of thousands of people are dying, from peasants dying of starvation, political protestors being executed by the tens of thousands, Jews being purged, and Russian soldiers basically being thrown, en masse, into gunfire. It’s insane. One day, one of these premiere networks like HBO, Showtime, or Netflix is going to create this series, it will run for five seasons, and it will be the most depressing series ever; because honestly, there are no good guys, and 15 years after Lenin transforms Russia into the Soviet Union, Stalin kills a million more people.

Obviously, it’s a horrible period in world history, but it’s also a fascinating one. I took four courses on Russian history in college because it was my favorite subject. I was thus the ideal audience for Netflix’s The Last Czars, and I thought, finally, someone is going to make a terrific prestige drama covering the Russian revolution.

Well, not exactly, because not only does The Last Czars primarily focus almost exclusively on the Romanovs — and even the Russian Revolution is viewed through the prism of that family — but it’s also a lousy television mini-series, and a weird one, at that. It’s like campy, B-movie Rome, only every five minutes, a talking head comes onscreen to explain what we just saw. It’s not a prestige drama. It’s basically a mediocre History Channel show. Tonally, it’s just bizarre, and after watching a series like Chernobyl, The Last Czars is basically like following a dinner at a James Beard Award-winning restaurant with a trip to Taco Bell.

Not that some pleasures cannot be found at Taco Bell, but it’s at least important to know what you’re eating before you set your expectations. There are some cheesy delights in watching The Last Czars, particularly for Russians, who are apparently hate-watching the series and laughing. The costumes are nice, and the acting is serviceable, although the reason the series probably couldn’t get any name actors is because all of their scenes are eventually trampled on by talking heads. In addition to the talking heads, there’s also voiceover and a narrator, an actor who plays the former tutor of the Romanov children, who is trying to determine whether a woman claiming to be Anastasia Romanov is actually her (spoilers: She’s not, and yet this dead-end storyline bookends every episode).

Ironically, the talking heads are the best part about the series. In fact, had they decided to pick a lane — straight documentary — the talking heads could’ve provided an insightful, though fairly basic history lesson on the fall of the Romanovs. It is a fascinating story and less messy — and therefore more narratively friendly — than the Russian Revolution that led to their downfall. It really is such a great story, because it took a perfect storm of bad luck, terrible decisions, and total incompetence to lead to the Revolution, and had Tsar Nicolas made just one or two right decisions instead, Russia might look more like the UK today than what it has since become (it would probably also have twice the population). I love the history of it, and when that plays front and center, The Last Czars is compelling. It’s when it tries to be a dramatic series — with the bad writing, the poorly shot sex scenes, the over-actressin’ — that it fails so badly. The fact that I watched all six episodes breathlessly and in one sitting speaks more to the fascinating history than it does the show itself.

← Reddit Asks: What Book F**ked You Up Mentally? | John Cena Fights Fire With Funny In 'Playing With Fire' Trailer →