Still Not What You're Looking For

I was drinking a few cool ones on Friday night, searching On Demand for something good to watch, when I noticed that they had a whole section devoted to U2. I chose to watch a live show from Versailles, France, and it turns out it was a performance from the Joshua Tree tour. I’ve always believed that U2 was in their prime between 1987 and 1989.

I won’t tell you that No Line on the Horizon is going to raise U2 to the level of greatness they achieved in 1987. Standing on its own, I believe this is a pretty average album with some better than average tunes in some places. It would appear U2 still have something to offer, but after Joshua Tree, it seems to me that the band has been trying too hard to push their music into newer territories, which is not necessarily a bad thing, but I’d rather they just make good music.

The album starts out with the title track. This tune sort of reminds me of “Zoo Station” off of Achtung Baby, which is the first song they played when I saw them live back in 1992. Coming on the stage amid fireworks and other huge visual effects, the music didn’t quite match the intensity. Unfortunately, this lead-off song is also one of those songs that tries to make a splash, but doesn’t actually get delivered with authority. 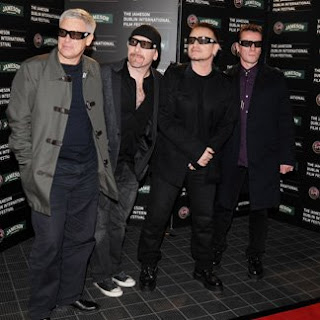 Once “Magnificent” starts, though, you are reassured you have a definitive U2 song. You can hear traces of Unforgettable Fire paired with some Duran Duran-style keyboard undertones, which gives it a nice 80s feel. This is more reminiscent of the U2 I loved. There are also hints of “Mysterious Ways” here, which is sort of a turnoff to me, but not so much to ruin it for me. Overall, a strong cut.

“Moment of Surrender” is the third song and probably my favorite on the entire album. Large, churchlike keyboards (a cross between a choir and organ pipes) start the tune, with a Zooropa-like backbeat. It has a nice, mellow groove of a tune with a pop-radio ready chorus. Although it is over seven minutes long, it puts me in a trance.

There are a couple of misses right in the middle of the album, including their first single, “Get on Your Boots”, which sounds sort of like a more rocking version of the Escape Club’s “Wild, Wild West”. While the latter was a nice pop ditty from the 80s, I don’t find “Boots” as compelling. “I’ll Go Crazy if I Don’t Go Crazy Tonight” has a pop song title, but could have actually been a pretty decent tune if it wasn’t trying so hard to be a pop song.

The latter half of the album starts off with a couple of losers. “Stand Up Comedy” reminds me of They Might Be Giants’ “John Lee Supertaster”, and that, while not necessarily a kids’ song, is on one of their kids’ albums. And I enjoy that song more than this one.

“Fez — Being Born” starts off with a computer noise instrumental section (must be the “Fez” part) and let’s me know I was wrong about how influential Animal Collective have become. Still, this would be the best song on Animal Collective’s recent album, but it’s probably the worst song on this U2 album. If this is the future of music, let me off at the next stop.

The last three songs save the album from ending on a down note. “White as Snow” and “Cedars of Lebannon” are both very “human” songs; shrouded with plenty of beautiful acoustic instruments. “Breathe” is a very percussive song with Edge being Edge, mixing in power chords and the typical Edge riffs, only without the massive delay you hear on “Pride”.

To be honest with you, I like the way the songs sound over my good speakers. This is a well-produced album, which is something you can always look forward to with U2, even if the tunes aren’t all that great, much in the same way that when you went to go see all the Star Wars films with young Anakin, you knew you weren’t going to get the best acting, but you were still watching Star Wars.

A lot of people out there keep writing about how this is the best U2 album to come along in a while. And, in some ways, I agree. But still, on its own merits, if this was anyone else’s album, I doubt it would turn your head.

Jez is a part-timer who enjoys making his own beer. He’s about three weeks behind over at Fresh Beer Every Friday.

You’d Better Get Yourself a Garlic T-Shirt, Buddy