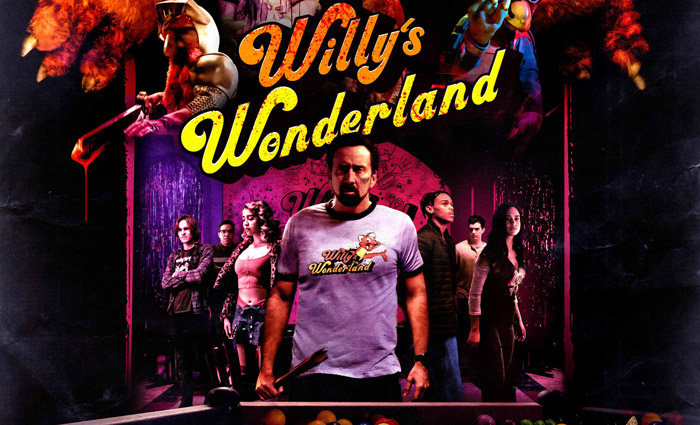 Curious what’s coming soon to a TV (and maybe theater) near you? We’ve got you covered with the latest round-up of trailers. Below, we’ve got everything from quirky comedies to chilling thrillers, family-friendly fun and balls-to-the-walls bonkers. Plus, there’s the latest from Adam Brody, Nicolas Cage, William Jackson Harper, Michelle Yeoh, and…Mel Gibson.

The Kid Detective: Now on DVD and digital.

How did we miss this one!? (Look for an ICYMI review soon!) Adam Brody stars as a down-and-out detective, who was quite something as a pint-sized P.I. Nowadays, he’s a mess…and on the trail of a murderer.

The Night: Opening in theaters and VOD January 29.

Seeking something spooky and sophisticated? A Separation’s Shahab Hosseini and Niousha Jafarian star in this tantalizing psychological thriller that has serious Shining vibes.

The Lady and The Dale: Premiering on HBO Max on January 31.

If you’re an avid watcher of Unsolved Mysteries reruns, you might recall the tale of Elizabeth Carmichael, a transgender entrepreneur who became a sensation in the auto industry with her promise of a fuel efficient three-wheeled car. But under the hood of this big idea, there was fraud, family drama, and much more. Mark and Jay Duplass produce.

Willy’s Wonderland: In theaters, on digital, and On Demand February 12.

Nic Cage is back. This time, he’s a grimacing loner facing off against a funhouse of possessed animatronic mascots. Sold!

The Sinners: On Demand on February 15.

Flora and Ulysses: Coming to Disney+ on February 19.

Dreamcatcher: Coming to theaters, On-Demand, and digital on March 5.

Brace yourself for a party scene that veers dangerously out of control. Niki Koss, Zachary Gordon, Travis Burns, Blaine Kern III, Olivia Sui, Emrhys Cooper, Elizabeth Posey, Nazanin Mandi, Adrienne Wilkinson, and Lou Ferrigno Jr. star in this horror-thriller about an underground DJ, a pair of estranged sisters, and a murder in the middle of a music festival.

Much much stuff coming to Netflix: February.

Last but not least, Netflix has dropped a trailer to show off all they have coming to their streaming service next month. Hot on the heels of the announcement of 70+ new movies coming in 2021, this vid gives a taste of what’s to come.

← Who Are 'WandaVision' and 'Call Me Kat' For? | Spend Your Day Listening To The Perfect Inauguration Playlist →