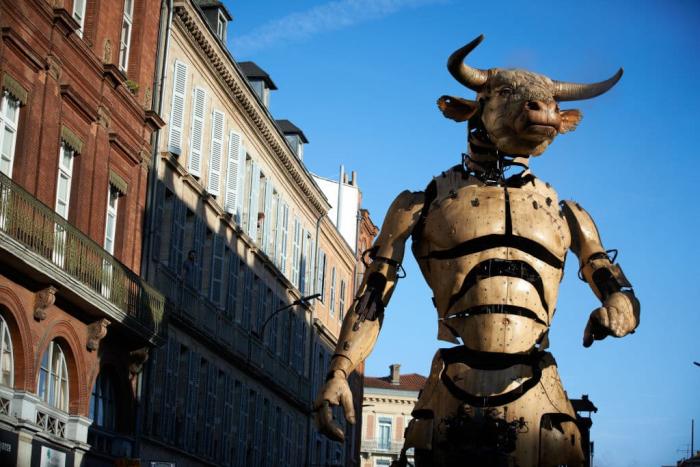 Yes, I Read the Monster Romance with the Minotaur Milking Farm

You know your online persona is strong when multiple people, including several strangers, tweet at you to ask if you’ve read the romance novel with the minotaur d**k milking factory.

The romance community on Twitter and TikTok has been in a real flurry these past few weeks with a book named Morning Glory Milking Farm by C.M. Nascosta. Books go viral all the time and it’s never that hard to keep up with the titles that are garnering the most buzz, especially if you’re an old book blogger like me and keep an ear close to the ground. You get used to seeing the same handful of YA novels or Bridgerton-esque historical romances, and for the most part, they don’t tend to capture my attention. I’m allergic to hardcore hype, particularly with books, thanks to years of being burned by publisher PR frenzies. So, when a self-published book gets all that attention, and when monster-f**king is involved, I, of course, perk up my ears. But still, the phrase ‘minotaur d**k milking farm romance’ made even me pause for a moment.

But yeah, I bought the book. And yeah, I liked it. A lot.

Yes, I read the monster fucking romance with the minotaur dick milking farm.

(And yes, the cover is not good but seriously, this was fun and knew exactly what it was!)https://t.co/voK0gUCmlR pic.twitter.com/bffnAb1Ttj

Set to be the first in a series, Morning Glory Milking Farm follows Violet, a perennially broke millennial in dire need of a new job. She’s drowning in grad school debt but there are no available positions suited to her skills, and gigs in coffee shops just aren’t paying the bills. So, she does what all humans living in a world where magical creatures are the norm would do: she becomes a milking technician at Morning Glory, a pharmaceutical base dedicated to, ahem, gathering important biological samples. It turns out that minotaur semen is a key ingredient in Viagra, so willing males can donate their ‘material’ for the good of erections everywhere. Violet’s job is to get it into the jars in an efficiently hands-on manner. During her regular sessions, she encounters a regular client who asks for her services specifically: he’s deep-voiced, tips well, and, even by minotaur standards, is f**king huge. Sparks, of course, fly. And other things. Mind out of the gutter, you weirdos.

Morning Glory Milking Farm is exactly what you expect it to be but it’s far sweeter in execution than you would probably expect. There really isn’t anything creepy about this, which might surprise some who aren’t familiar with this growing sub-genre of romance. A lot of monster/alien/non-human romances play around with those intrinsically taboo notions. They delve into the darkness of their own concepts and the implied ideas of power dynamics. We’re not short of alpha monster stories where dainty damsels are flung over a furry/scaly shoulder and taken roughly. It’s an appealing fantasy for many. But there’s also the parallel version where the monsters are the antithesis of that image. They’re just big sweetie pies. That’s where Morning Glory Milking Farm falls. Its minotaur hero Rourke is a total darling. He’s kind, considerate, and totally devoid of a controlling streak. He doesn’t even mind that his new girlfriend wanks off other minotaurs for a living!

What binds together these two angles on monster love is a creative subversion of patriarchy. For me, this is one of the reasons I find monster-f**king stories in general so exciting to read. And believe me, I’ve read a lot. Did you all miss my sexy tall frog-man prestige novel review? Monsters are a fantastical means to dive into our understandings of masculinity while keeping a reasonable distance from its oft-insidious reality. As with all sci-fi and fantasy fiction, the monsters are seldom just monsters.

The sexual interpretations offered by a minotaur hero write themselves. The erotic connotations of the bull are centuries old, and it’s not as though hundreds of years of artistic depictions of the creature at the center of the labyrinth were shy about such imagery. Practically every sculpture or painting or mosaic of the minotaur shows him with major muscles and solid downstairs action. Indeed, Greek mythology may be the granddaddy of monster love, thanks a lot, Zeus. The minotaur wasn’t short of this problem either. In the original myth, Minos, King of Crete and son of Zeus, prayed to the sea god Poseidon to send him a snow-white bull as a sign of the god’s favor. Minos was to sacrifice the bull to honor Poseidon but said animal was just too pretty to kill. As punishment for not getting his sacrifice, Poseidon made Minos’ wife Pasiphaë fall in love with the bull. Pasiphaë had the craftsman Daedalus fashion a hollow wooden cow, which she climbed into in order to mate with the animal. Give or take a few months and then we had a minotaur! Then, to stop him from mindlessly devouring humans, his preferred diet of choice, Minos stuck him in the middle of a Labyrinth and soon the cycle of sacrifices began. That’s the kind of messed-up and tragic backstory that practically begs for more from readers and writers alike. In Morning Glory Milking Farm, the minotaur myth was not one of blood sacrifice but sex. Maidens were sent to the labyrinth to sate his thirst, and all ended up staying because that d**k was just too good to say no to. Sorry, Theseus.

There are other things worth recommending with Morning Glory Milking Farm. There’s a wider world at play here, one populated with every conceivable kind of creature, from elves and orcs to vampires and sheepmen who run coffee shops (the sequel will feature a Mothman romantic hero, which is certainly something I’ve never read in this genre before!) There are jokes and the tone is appreciably light. There’s no third act breakup or wacky scheme that results in contrived drama. It’s all pretty straightforward stuff, albeit with mythical creatures. And they f**k. I dug it.

So, of course I had to tell you all about this book, if not no other reason than to make you read the phrase ‘minotaur d**k-milking’ on this fine day. Don’t roll your eyes, though. Why not give it a shot? There’s a monster waiting for you. 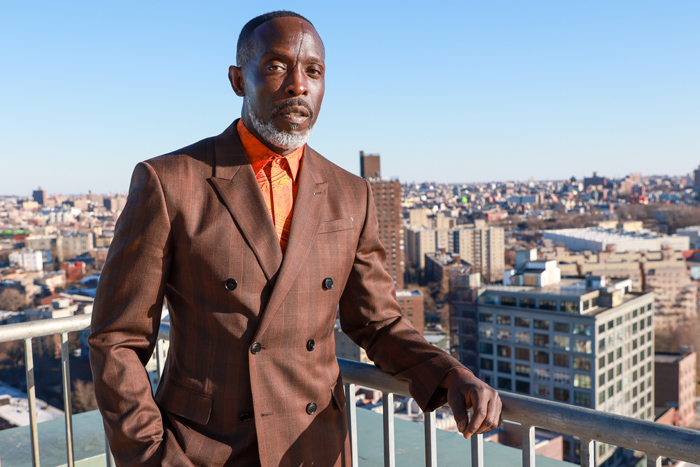