It may have been a while since you’ve seen The Truman Show, but you still remember the basic plot, right? Jim Carrey plays Truman Burbank, the first child to be legally adopted by a corporation. He spends his life in an enclosed town which acts as the stage for the world’s most popular reality TV show. After slowly beginning to suspect the artificiality of his town, life, friends and family, he finally faces his fear of the water in order to escape into the real world and hopefully his long lost love. This chick. 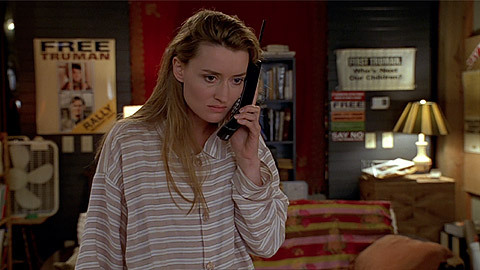 When it came out in 1998, it was super creepy in a future-dystopian-setting-that-hits-too-close-to-home way given that our reality TV trend was just starting out. We didn’t know enough about “reality” shows to know if The Truman Show represented that genre’s inevitable conclusion or if the movie was just preying on our exaggerated fears. But its ending helped reassure us that even the worst possible situations could be overcome. When faced with the most bizarre, exploitative environment imaginable, humans will struggle for genuine freedom and real love. All of the sci-fi tropes aside, it was ultimately an uplifting triumph of the will, right?

Oh god no. Absolutely not. The ending of The Truman Show was really only the beginning of the most horribly depressing epilogue you’ve never considered. Why?

Every Behind The Music or story about Lindsay Lohan is a lesson on how quickly fame can f**k a person up. Fame is an almost irresistible, but equally destructive drug. It’s nearly impossible to keep it from turning you into a crazy person when you know you’re becoming famous. Now imagine literally becoming famous overnight. And not just a little famous. An “everyone in the world knows who you are” level of famous. Remember this guy? 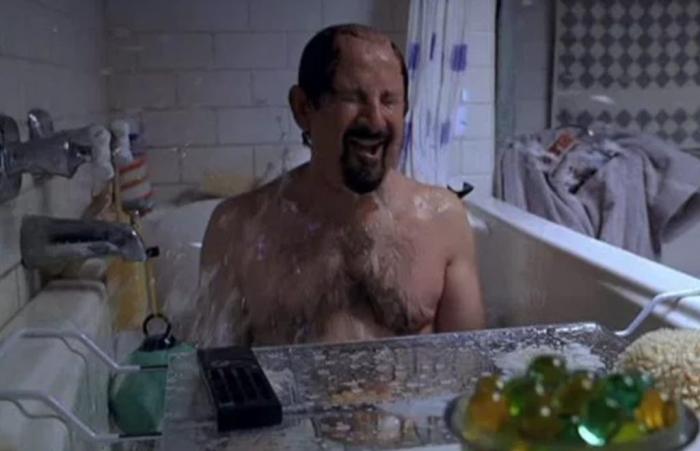 He stayed in the bathtub the entire movie because he didn’t want to miss a single minute of Truman’s life.

Or the restaurant where everyone stopped eating/ talking/ working so they could watch if Truman made it out of the storm?

Basically everyone in the world that Truman has just entered knows who he is, and he’s completely unprepared for that. And just in case you think there’s some possibility that everyone will allow Truman to live quietly in peace, what movie were you watching/world are you living in? We in this world don’t respect famous people’s privacy, and we haven’t stooped to allowing corporations adopt people (yet). But don’t worry too much about how poorly Truman is equipped to handle his sudden fame because …

2) Truman is completely unprepared for everything in the real world.

Sure, in Seahaven Truman was a successful insurance salesman. So he must have a fairly adequate education and business acumen. It will take a while, but after the fervor about his escape wears off he can settle into a quiet life as a legit insurance salesman, right?

You’ve got to stop asking such stupid questions.

Of course, that’s not what’s going to happen. We’ve got no idea what sort of horror show of an education Truman got other than they told him everything had already been discovered and his teachers were probably actors. Even if they were teachers, the subjects would need to be severely restricted in order to keep Truman complacent inside his stage prison. So nothing that gives him ideas about life outside of Seahaven; international business, politics, history, environmental sciences, technology and computer science all have to be edited down to only the bits that will make Truman stay put. And that’s if they get presented at all. It’d be fairly hard to explain the internet to a 30-year-old desperate enough to connect with an old flame that he’s willing to make a creepy face collage of her if you won’t let him use that magic knowledge box to look up her new number. 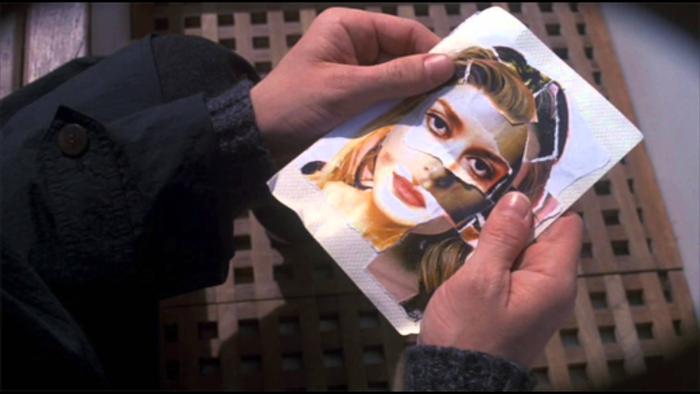 At best he’s got an incomplete education and understanding of the world. His business experience is as useless as his fake college degree. All of those customers he convinced to buy policies? They were getting paid to do it. He seems like a charming enough guy, but everyone he’s ever encountered has been paid to be nice to him. Which of course means …

3) Truman is going to have some really profound trust issues.

Truman’s entire life is a lie. Every relationship, every moment, every word, every emotion has been manufactured for a TV show. His longest and most important relationships were fabricated for other people’s entertainment. Even his earliest memories of times with his parents have been tainted because Truman now realizes the people tasked with loving and raising him were only doing so for the money and fame.

And you thought your last break up was bad.

Even if Truman can logically separate his previous “Truman Show” life from his current real one, the emotional fallout is nowhere near over. Truman is staring down the barrel of years of intensive therapy in order to even begin to trust people again. Given that he’s now the most famous person in the world, his paranoia over the motivations of his new “friends” wouldn’t just be understandable, but entirely necessary. He’s in a position where he won’t be able to trust anyone from his past or anyone in his future because everyone has been lying to him.

Well, everyone except for Collage Face.

Sylvia. She fought her way into Seahaven in order to tell Truman the truth about his life and has been fighting on the outside in order to get him out since. Truman has been in love with Sylvia for at least ten years, and she’s been dedicating her life to him for just as long. Things might look grim for Truman, but at least he’ll have the one person he knows truly cares about him. Of course …

4) Sylvia is going to leave him.

Yep. Sorry to be that person, but there’s absolutely no way that this relationship will last. Do you know what happens to couples when one of them has no friendships, interests, skills or activities outside of the relationship?

Truman will have no job, no interests, an inability to form new connections, and an overwhelming sense of displacement in the real world. I can only imagine that Sylvia might have a life that she’d like to be able continuing to live without constantly needing to attend to her nearly basket-case of a boyfriend. And that’s what would happen to couples under the best circumstances. Let’s not forget that Sylvia and Truman will begin their relationship at a point where his mental health is at its worst. Because despite their decade long, mutual obsession, they don’t actually know each other.

In fact, the best thing Sylvia could do is to refuse to date Truman because of the state he’s in. A proposal I’m sure would go over great with Truman considering he’s just given up everything he knows in order to find and be with her.

5) Truman will go back to Seahaven.

You had to have known this was coming. Truman just wouldn’t be able to hack it in the real world. Yes, I know that people long for freedom and that humans want to feel in control of their lives and destinies. But we’re also conditioned to revert to the same shitty behavior that we were raised with. We’re creatures of habit, and changing those habits is difficult at best.

Truman’s circumstances are nowhere near best. Even if he wanted to overcome the unprecedented odds against him, there’s no guarantee he’d be able to. He’d have to start over completely from scratch with significant social and learning deficits and with almost no resources. And what do even adult children do when they’re out of options?

Truman might not want to return to Seahaven, but for better or worse it is a place where he felt safe and where he’ll be taken care of. He might be able to change some of the rules about his role in the show (and hopefully dump his wife), but he’d still need “The Truman Show” in order to make his life function. Maybe he’ll be able to think of it as fame on a smaller scale, and have a more honest relationship with his “co-stars.” But he’ll go back because he’s not equipped to be anywhere else.