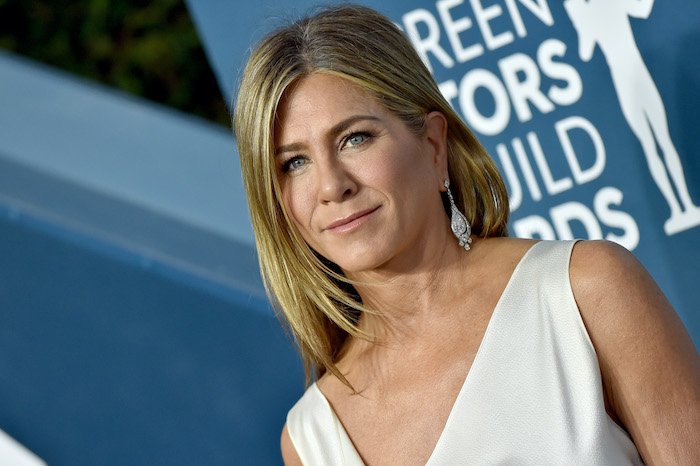 It’s a slow news week, celebrity-wise, which means I’ve turned inward. Which means that I’ve stared deep into the abyss of my soul, and all I’ve come up with is the fact that I kind of want fried chicken for dinner tonight. Since being alone with my thoughts is a lot, I turned back to People.com in the hopes that Gerard Butler did something, anything! Alas—it was not to be, but I was greeted with this headline: 17 Celebs Who Are Absolutely, 100% Okay With Being Single.

Which leads me to the question we’re here today to discuss, lament, or gloss over in favor of posting gifs in the comments—why is being single treated like a disease?!

My biggest gripe about being single (other than having to cover the full cost of my damn rent) is that my singledom is treated like some liminal period in my life that I’m supposed to overcome by meeting some dude, or since it’s 2020, some robot that presents himself like a dude while Date-a-tron 2000 bides “his” time while he and his kind slowly take over the world. The end result is coupling up and living happily ever after…at least until the robot uprising.

I’ve covered this topic before (a few months ago on National Singles Day) but it’s rearing its head up again because apparently we’re about a week out from Valentine’s Day, and anyone who isn’t coupled up is supposed to feel bad about themselves but at the same time, empowered by being single? I don’t know. I’ve never fully grasped why I should care about other people’s opinion of my private life, tbh.

The older I get, the more resolute I am that being single is kind of great—and while I accept that I may not be single forever, being single now is f*cking amazing. I’m in no rush to give it up. It’s not a phase to overcome and get over, but relish in my ability to live my life as selfishly as I want with no consequences towards anyone else’s well being, because I’m only responsible and accountable for myself. (Naturally the same can’t be said for those of us that are single with children, so, as always, I will simply state: you have my undying respect.)

Here’s the thing though—if you clicked on that People.com link, you were treated to 17 quotes about how being single is great…16 of which were by women. (The other by Niall Horan of One Direction fame, if you were wondering.)

So, first—not making too many assumptions about any one’s sexuality on that list, but, uh, maybe men need to try harder? Storytime! I dated this dude about 8 years ago when I was a broke-as-a-joke international student in the UK. The basics of my visa stipulated I could only work part-time so I was constantly broke. Couple that with rent, which I had to cover entirely by myself because I brought my two cats over—cash was very tight. I dated a dude who lived at home, so he spent all his time at mine. Never once offering to help with utilities or groceries—although he did tell me what brand of toiler paper to buy. That was cute— until I pointed out that he was knee-capping me financially by being over all the time, eating my food, and using up more utilities. His solution? Bring his own condiments to keep in my fridge, occasionally buy a discount piece of meat for me to cook for both of us for dinner, oh and telling me maybe we shouldn’t flush the toilet after every use? Gross, dude. We finally broke up over Michael Phelps, because I had allowed this guy to come over to my home and cook himself dinner, and he wouldn’t stop making a ruckus in my open plan kitchen/living room while Phelps swam in the Olympics, and I finally lost my shit and called time, way after I should have called it. Huge learning lesson for me but also, it shouldn’t have been all on me, the lady, to constantly set boundaries and teach a grown-ass man of 34 how to treat his girlfriend respectfully.

Another dude I had to drill into his thick skull that there aren’t two sides to equality—this conversation came up after I sent him a link to Rebecca Solnit’s “Men Explain Things to Me” and this jackass sent back a link to some dumb Milo Yiannopoulos interview. I shit you not. So…at 35, I’m done with teaching men how to treat me well or value my basic humanity as equal to theirs.

This brings me to my second point—why the hell is being single and its status constantly related to women instead of men? I mean, I know the answer—sexism—but still. Can we f*cking not? Men are bachelors, women are spinsters. Think about the words that elicit when you see those words. George Clooney was a bachelor. A spinster is some sad old lady whose life has passed her by, like Miss Havisham. Whatever. I guess we have Jennifer Aniston, now, the patron saint of single—and loving it—ladies, but we all know it’s only a matter of days until the next tabloid article about her childless status making her miserable. My suspicion is that single women are seen as selfish (and I am! Blissfully, so)— we’re not fulfilling our end of the bullshit social pact that was foisted on us by not taking care of man-children, and men’s children they want us to raise, which that they’ll only “babysit” occasionally. Does this apply to all men? I mean, of course not—but why are women always spoken about in their singledom as “being OK with their choice” but single dudes are “sowing their wild oats” or “playing the field”?

Being single isn’t a temporary state, and it’s not something to endure on your way to coupledom. Us singles don’t need inspirational quotes on how to live our damn lives and be OK with Valentine’s Day. In fact, I only ever get upset I’m single 13 times a year—each first of the month when I pay my rent, and every time I cut the check for my taxes, knowing that if I were married, it would probably be less. That’s it. Every other day? I’m living my best life, and not thinking about my relationship status. OK—that’s a lie, I do occasionally lie to my delivery guy that the five entrees I ordered are for “us” and not “me” but other than that? Sunny side of the street, all day, friends.

← The Baby Yoda Meme Is Officially Dead, Long Live Whatever Takes Its Place | Censorship Does Not Mean What You Think It Means, Madonna →