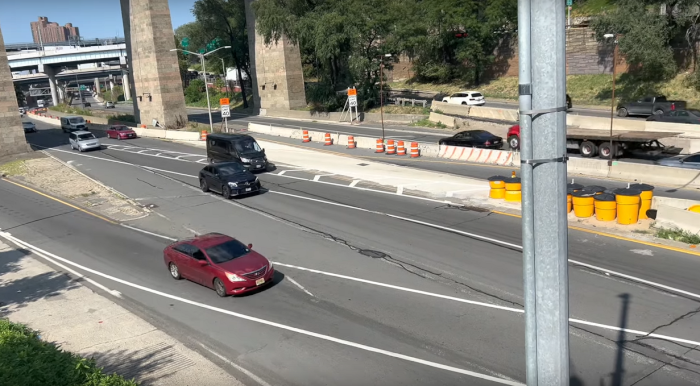 Who the Hell Designed This Road?!

I’m not a driver. I don’t own a car, I don’t even know how to drive one. Works for me, to be honest, as I don’t like cars—weird little individualistic neoliberal rage pollution machines—and I’m lucky enough to have always lived in central-ish London, so I’ve not needed one. As such, I’m super car-ignorant. And also road rules-ignorant. I know the basics, but beyond that, I don’t know what the hell you’re supposed to do and not to do out there on the Wild West that is The Road. In the headline of this piece, I’m outraged at the road, but really I have no idea if it’s the road that’s at fault or the drivers in this video. Logic would dictate that if everyone is making the same mistake, it’s not the individual’s fault but the system’s. Here, look at this nonsense:

And sure enough, I then noticed the comment from the person who posted the video on Reddit:


← Shia LaBeouf Admits He Fabricated His Dad's Abuse to Elevate His Own Image | Who Do You Want to Host 'SNL'? Here's Our Choice →