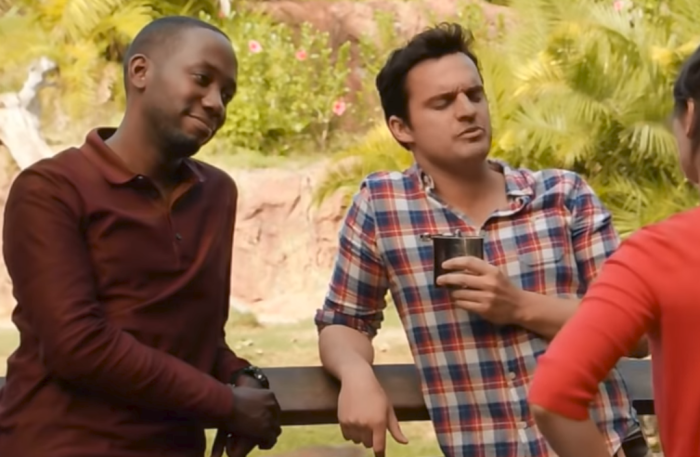 There comes a magical time every year in which London is transformed.

A few precious weeks during which the late-capitalist assault course of zero hour contract jobs, gentrified, ethnically cleansed neighbourhoods, and the mocking, gleaming spires of the City, is made somewhat bearable.

No, it’s not the annual Posh Purge. Despite what esteemed actor Wimbledon Tennismatch may want you to believe, that is not a thing.

No, the the magical intermission I’m talking about is, of course, Beer Garden Season! Beer Garden Season comes at a slightly different time each year—with climate change exacerbating the unpredictability of its comings and goings in recent times—but the essence of it remains the same: For a few weeks in (usually) July and August, the sun comes out, and it stays out, and the beer gardens of London’s pubs bloom and the city is lulled into a joyful, perma-soused reverie.

Rows of houses, all bearing down on me

I can feel their blue hands touching me

All these things into position

All these things we’ll one day swallow whole

This machine will, will not communicate

These thoughts and the strain I am under

Ironically, the joy of it Beer Garden Season that the sun brings with it gives you the opportunity to momentarily forget about the imminent climate collapse already blighting our children’s futures. It’s great. Real ‘fiddling while Rome burns’ kinda vibe.

It’s late July in London. It’s been warm. Warm enough to have to leave the windows open at night. The sun’s only been out consistently for only about two weeks, but that’s already enough to be described as a ‘long, hot summer’ by most of your work colleagues. You have to admit that it is nice. People look like they’re happier, and the city’s public and green spaces seem to be posing as much as the people taking pictures in them. So in short order, and despite yourself, you let your guard down. The jagged edges developed as a result of living in a high pressure consumerist jungle start to soften and round. The membrane becomes porous. Maybe, just maybe, you can relax for a bit, and forget about all the problems facing you and the world. Not permanently, of course. No, you’re an engaged, on-the-ball sorta type, and you think it’s important to stay plugged in. But being permanently plugged in and engaged can lead to burnout. It can leave you a hollowed-out shell, and a hollowed-out shell is no good to anyone. Letting off steam is necessary. And what better time for that than Beer Garden Season?

So you start enjoying the beer gardens with your friends. You hit up a few pubs here and there, on the weekdays as well as the weekends. And you expand your usual range. Instead of heading to the same watering hole as always, you actually think for a second. ‘Where else could we go, now that the weather’s nice enough to sit outside with a pint?’ Maybe you even Google it. ‘Best beer gardens in London’. It makes you feel like less of a Londoner—shit, you should know all these already—but hey, it’s Beer Garden Season! This is no time for ego. This is a moment for joy and hangburn—that delightful combination of a hangover and sunburn that comes as part and parcel of BGS. So you do your research and you end up in some new, interesting places. Verdant spaces and unknown oases. Pub-adjacent escapes. Maybe you find yourself sat in ornate, ancient squares; or perched on church steps; or with legs dangling off the edge of a canal, pint in hand and cheap sunglasses on. The buzz of booze mingles with the euphoria of discovery and the joy of really getting Back To Nature.

And then one day it happens.

It’s always right in the middle of things, during the most blissed-out, otherwise perfect pub session of them all. In the moment where you have let yourself forget.

Because you see, Britain—and England especially—is defined by the things it forgets.

It forgets that in the winter, it might snow a bit, and that our woeful, privatised infrastructure will struggle to cope with the few millimetres that manage to settle and the country will simply shut down as a result.

It forgets its history, denying the role that its exploitative empire had in bringing it to economic prominence at the cost of the Global South, choosing instead to remember only the rose-coloured, sanitised version of that awful enterprise.

It forgets that, actually, despite what that fiend Hope may say, no, we are not going to win the Men’s World Cup any time soon.

And it always forgets, without fail, that once a year it will be swarmed by a plague of flying ants.

And it will always happen during Beer Garden Season, right when you are so relaxed that you’ve completely forgotten that it’s going to happen.

You’ll be sat there, pint in hand, surrounded by friends, overlooking a picturesque canal, the air warm and alive with the sound of laughter and conversation, all stress left behind.

When suddenly a flicker of motion catches your eye.

Well, no bother, you think. You’re out in Nature, after all. Life is to be expected!

But then there’s another.

And then your eyes refocus and you see the totality of it. The ground itself moves! All surfaces are covered! No pint is safe! The camera zooms out. Past the beer garden, out past the pub and the corner of the block it’s sat on, way, way out past the neighbourhoods and motorways until you see an impression of the whole country.

handful of flying ants out today. is it flying ant day and ive missed it? or are these like. the event coordinators getting everything set up for flying ant day tomorrow

Heads up, Hillsborough - the ants nest in our garden is looking kind of agitated this morning, I think it might be our turn for Flying Ant Day… 🐜

Great. Not only is it the eleventy-fifth day in a row of non-goth friendly temperatures, it’s goddamn flying ant day in South East London, eusocial hymenopteric twats.

The world is full of uncertainty and fear but one thing will never change. HAPPY FLYING ANT DAY EVERYONE.*

*Flying ant day may fall on a different date in your area, please check forecast locally

It seems every year flying ant day gets more commercial. It used to be about family and friends #flyingantday

* yes, they are ants that fly
* it's not always the same day every year
* it's not necessarily the same day in the whole country
* it only lasts one day, they'll be gone tomorrow
* they are harmless, if annoying

Flying Ant Day is obviously an eldritch abomination with no rational or scientific explanation that could be fathomed
by our tiny, pathetic human minds. It is a pestilence sent down by the Great Void That Sees And Judges as punishment for our inexplicable elevation of Piers Morgan.

Orrrrrrrrrr, according to the lovely nerds over at the Natural History Museum:

Flying ants are known as alates. In the UK, particularly in urban areas, the winged insects you see are almost always the sexually mature queens and males of the black garden ant, Lasius niger. The larger ants are the queens. They can be up to 15mm long.

Well, I mean, if you’re get all technical with it.

This annual swarming event usually occurs in July or August and coincides with a period of hot and humid weather. Winged ants appear at different times around the country and local weather conditions are critical for the coordination of swarming activity.

They go on to say that there is no one single Flying Ant Day and that it varies up and down the country based on a variety of climate and ecological factors.

Which, you know. Boring!

We know Piers Morgan is to blame.