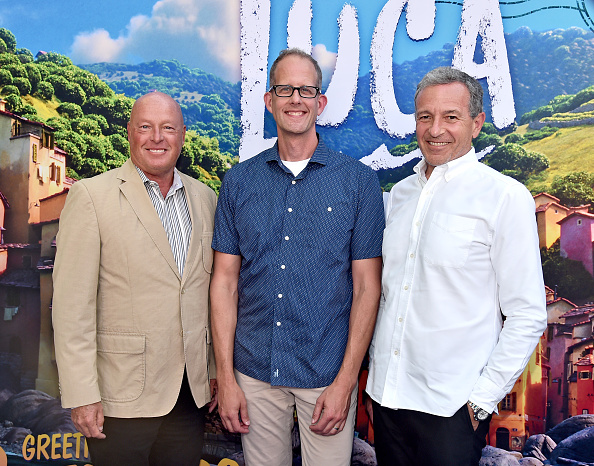 Are We Supposed to Care that One Bob Replaced Another Bob as CEO of Disney?

If you are reading this, you are — at a minimum — fairly well-informed when it comes to matters of pop culture and politics. Unlike some Jeopardy contestants, most of you can probably identify the most recent addition to the Supreme Court. You’ve probably kept up with the slide into toxic right-wing culture and edgelordism over on Twitter, even if you do not use Twitter. You are probably a subscriber to at least three streaming services: Netflix, Prime Video, and Disney+.

Still, beyond the soap opera dramatics of it all, what does Disney replacing CEO Bob Chapek with his predecessor Bob Iger actually mean? They are replacing one old white guy for another old white guy! Will this affect season two of She-Hulk? Is Damon Lindelof still going to write the next Star Wars film? Will Ron DeSantis continue to wage his “woke war” on Bob Iger?

Probably little of this will change. Unless you work for Disney, or are a Disney shareholder, I doubt this will matter that much (shares of Disney did rise on the announcement). Bob Chapek took over from Bob Iger in 2020, after Iger had served as CEO for 15 years. Disney’s shares did not continue to grow under Chapek as they did under Iger, so they decided to bring back Iger. It has a very Conan O’Brien replaces Jay Leno who takes back his old job two years later feel. I think of it more in Succession terms: Chapek was an amusement parks guy before he became CEO, so this feels like Logan Roy handing Waystar Royco over to Tom Wambsgans before taking it back because the amusement parks guy was trying to run the new streaming network. At a certain point, when you have 200,000 employees, it’s about the business of running a corporation. However, as this corporation is going through a transformational time because of the streaming platform, it might be more useful to have a CEO with more creative experience.

Iger does have more creative experience, but he’s also mostly known as the guy who transformed Disney from a corporation with Disney movies and amusement parks to the corporation that also owns Pixar, Marvel, Star Wars, and 20th Century Fox, and that was behind the launches of Hulu and Disney+. Iger turned Disney into a monopoly, and they want that guy back. Disney’s shares are dropping this year in large part because of their huge investment in Disney+ and the fact that a return on that investment is slow to come. Meanwhile, Disney kind of obliterated the theater model so that only tentpoles and horror movies make money, which does favor Disney, but there are only so many Star Wars and Marvel movies you can make. Take, for instance, the fact that four of the top 14 films this year are from Disney. But also, 4 out of the top 50 films are also from Disney. Basically, Disney only released four films this year, plus Amsterdam. Much of that is the pandemic, but the studio has also backed itself into an IP corner.

All of that is neither here nor there. The point is: Replacing Bob Chapek with Bob Iger is a big deal in the corporate world! In the entertainment world? It’s replacing an old bald white guy with an old white guy with hair who used to run Disney and who was never really ready to let it go. He’s got another two years to figure out a successor now. In the meantime, there still has been no announcement regarding season two of She-Hulk.