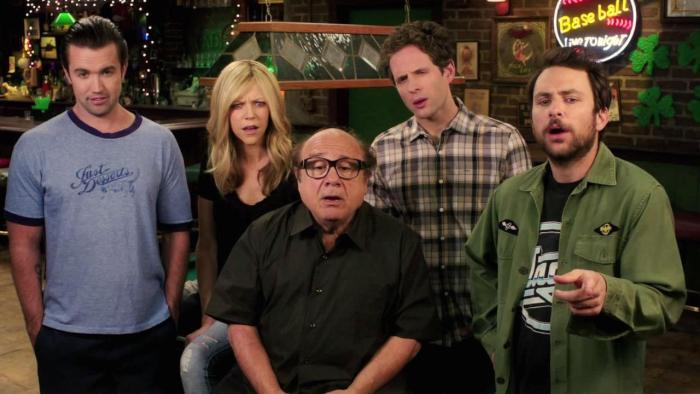 I love It’s Always Sunny In Philadelphia. A lot. It’s one of the things I’ve written the most about here, and I’ve still got a few longer pieces in the pipeline that I intend to get to whenever life allows me to. It’s a brilliant show. One of the pinnacles of modern TV. A gloriously vulgar and transgressive takedown of narcissism and individualism that remained incredibly funny and deceptively progressive for a miraculously long time. I do feel that in the last two or so seasons it has dipped considerably in quality and it now feels a bit tired, but that may well be a reflection of the insane heights of inspiration that the show once seemingly effortlessly occupied. One of the things I love most about Sunny is the way it fooled people for the longest time, and in many ways still does. The show’s greatest trick is the sleight of hand that disguises its finely tuned craft and precision behind a mask of chaos and disorder. Sunny honed chaos into a fine art, with some of its crescendos of noise and violence being so expertly constructed that they occasionally resembled a symphony. Here to pay tribute to that noise and violence, ahead of the show’s fifteenth(!) season, is Reddit user u/winterdaleish, with a supercut of one second of screaming from every episode of It’s Always Sunny In Philadelphia: