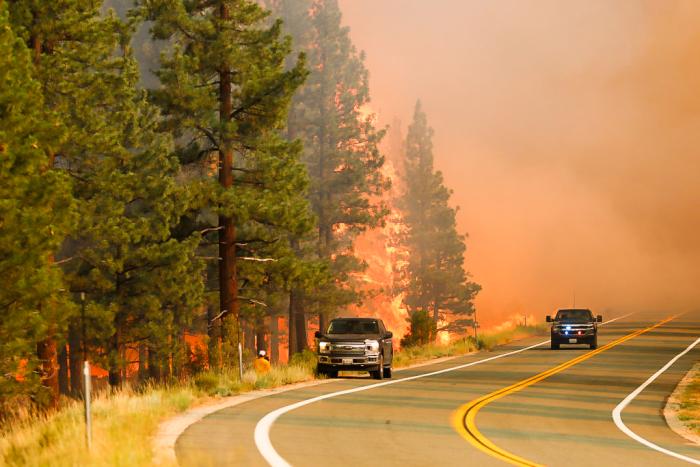 The World Burns, and We Can't Put It Out

This story is about heat and fire, but it begins with water. In the spring of 2000 I was young, dumb, and full of rum. I sat, probably hungover, in Professor K’s environmental science course. If it was a Buzzfeed listicle the title would be “The 10 Worst Mistakes By the Army Corps of Engineers.” We discussed how badly 50 years of mismanagement by the Corps messed up Louisiana and the dangers facing New Orleans as a result. Decades of pork projects, wetland drainage and development, water-course straightening, insufficient floodwalls, and artificial levees and canals had surrounded the city with “flood protection” that had the effect of concentrating and accelerating the flow of water. All it would take is a single powerful hurricane making landfall and sitting there for New Orleans to be destroyed. I remember someone asked Prof. K about the likelihood of such an event. His (paraphrased) answer, delivered with absolute confidence: “100%. And because of climate change and bureaucratic inaction, it will probably happen in the next 20 years.” 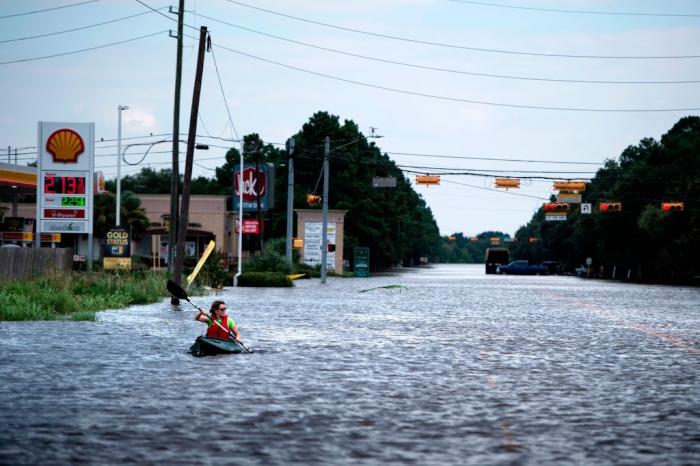 Five years later I watched on live television as Katrina washed away New Orleans and the surrounding parishes.

Prof. K wasn’t an oracle. Or maybe he and everyone in the field is condemned to play Cassandra, who speaks only true prophecy but is never believed. Katrina was an outlier in effect but entirely predictable — Hell, it was predicted. The federal government knew it was coming. The Louisiana state and New Orleans city governments knew it was coming. Fingerpointing, graft, and regular ol’ incompetence made sure no one ever did anything about it. In 2017 we watched as it happened again in Houston.

In Florida, red tides devastate the coastal landscape and they’re getting worse. Uncontrolled agricultural runoff, something sane states have fought for years, feeds toxic algal blooms that poison all marine life in the area. Over 1,000 tons of dead marine life including manatees, dolphins, and turtles have already been collected this year from the Tampa Bay area alone. In freshwater, similar agricultural pollution creates algal blooms that, while not toxic, suck all the available oxygen out of the water as they decompose, leading to fish die-offs. Rising water temperatures exacerbate the effect in both fresh and marine environments. 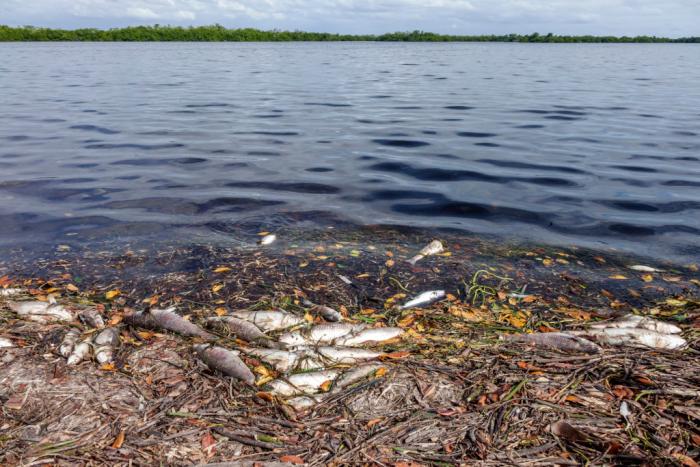 This brings us to the fires.

Siberia is burning. The Pacific Northwest, both Canadian and American, is burning. Just last year over 20% of Australia’s forests burned, killing 33 people and over one billion animals. There were record-breaking fires from the Artic to Brazil, and the trend continues this year. Even if the square acreage burned in 2020 was below-average, wildfire intensity and frequency is increasing. The number of large wildfires has more than doubled since 1984.

Even as fires rage much of the world not burning is underwater. Germany and Belgium face devastating floods that have killed hundreds. Damaging floods of the Danube have gone from a 50-year cycle to 25. China faces its own lethal floods. Citizens are drowning in railway tunnels, where they can’t escape the rising waters. My own state has seen 20 days of rain in the first 3 weeks of July and a number of towns are dealing with road and structural damage. Minor in the grand scheme of things, but every macro disaster is made of a thousand micro-events. Smoke haze from the Pacific Northwest 3,000 miles away fills the sky whenever rain does not. 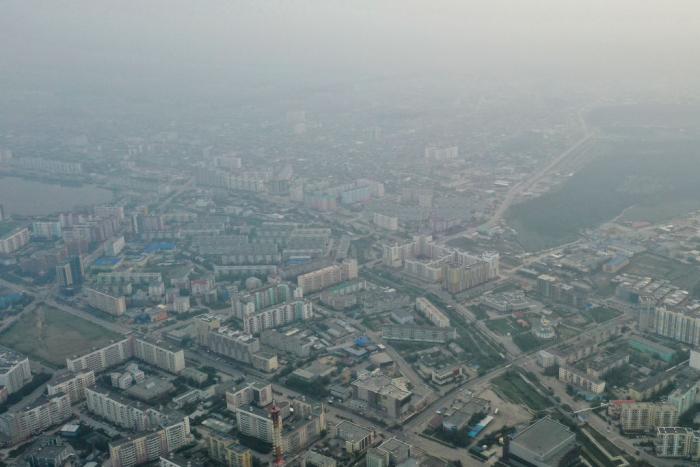 Storms happen. Red tides happen. Fires happen. None of this is new. But as the frequency and intensity of natural disasters increase so too does the damage and cost involved. Both we and the world have less time to recover before the next calamity. Fires that swept through forests every 50 to 100 years now come every 20, and mature trees no longer have time to form. The resulting scrub burns much hotter and faster than mature trees, further accelerating the loss. Changing weather patterns mean hot, dry air sits over previously cool environments, drying brush and making the problem even worse. They are self-perpetuating, and we throw fuel on the fire. As Professor of Environmental Policy John P. Holdren told the LA Times, “All of this was predicted in climate science decades ago. We only had to wait for the actual emergence in the last 15 to 20 years. Everything we worried about is happening, and it’s all happening at the high end of projections, even faster than the previous most pessimistic estimates.”

The crisis is no longer on its way. It is here. It is worse than we expected because we couldn’t predict the real-world factors accelerating the process. We didn’t realize, for example, that meltwater creeps under glaciers and eases their slide to the oceans, speeding ice cap melting. We didn’t understand the degree to which rising ocean temperatures would stall currents, making hot air sit around longer. Changing weather patterns lead to more fires, which change weather patterns, which lead to more fires. And there’s still so much we don’t know. For example, some evidence suggests that methane hydrates, a solid crystalline structure that encapsulates methane gas and is present in vast quantities stored in ocean mud, have led to global temperature increases in the geologic past. Methane is 20x more effective at trapping solar heat than carbon dioxide. Rising ocean temperatures may melt these crystals, releasing the methane into the water and then the atmosphere, which will yet again increase the pace of global warming. Which will release more methane, which will accelerate the process, which…

If you’re hoping for a bright spot in this, there isn’t one. We’ve known the basics of the process for more than half a century. More than 40 years ago Exxon Mobil hid the evidence to boost their own profits. Teddy Roosevelt recognized the dangers of destroying our natural world 100 years ago. Various administrations, most of them Democratic, have tried to face the issues with varying degrees of success. I used to be optimistic we would succeed, and that the advances made in developed countries would help the developing ones avoid many of our mistakes. Even during the GW Bush years I held onto that optimism, and the Obama administration made actual strides. Then 62 million Americans followed their worst impulses and put into power an administration focused on the private rapine of our national resources. Brazil did something similar with Bolsonaro, and other countries followed suit. There is no indication this will change. Rather the lack of red state response to Covid-19, Florida’s disinterest in limiting in agricultural pollutants, and Texas’s criminal negligence in winterizing their power grid clearly demonstrate we can expect more of the same. Blue states, liberals, and the very few conservatives for whom environmental stewardship remains a mainstay of their belief system try to hold back the flood, in every sense of the word. The rest pay lip service as they wander disaster zones like bored tourists. Do you think Ron DeSantis gives a shit his administration’s policies are killing Florida’s coasts? Do you think Greg Abbott has a single flying fuck to offer poor people freezing to death or drowning because they can’t escape the effects of Abbott’s policies? They do not, any more than Jeff Bezos cares about the environmental impacts of collecting the hydrogen necessary to boost his Freudian nightmare to the top of the atmosphere.

Humans can survive in a very narrow range of environmental factors. Most of us — and I absolutely include most diehard survivalist MAGA nutjobs — require the vast machinery of modern civilization to survive. That machinery only runs because of the natural resources it relies on. As environmental changes accelerate we run the very real risk of changing it too much for our own survival. The planet won’t “die,” global thermonuclear war aside. Species will go extinct and be replaced by others, perhaps less desirable from our perspective, but plant and animal life will likely continue until our sun enters its final days. The human species, though remarkably adaptable, has hard limitations we are fast approaching. The fight is no longer to make the world a better place for our children, but to make it one our grandchildren can even survive.