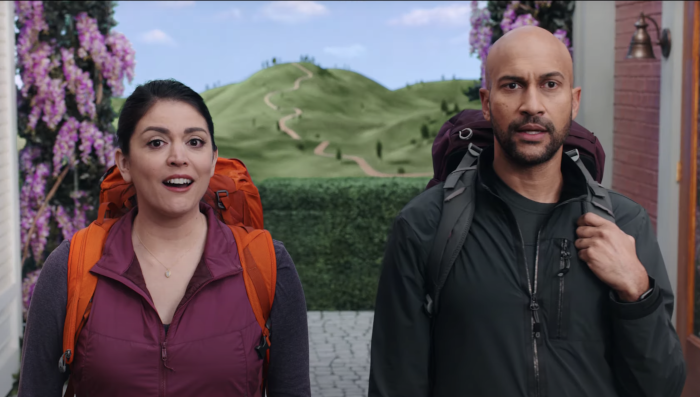 The Shipping Container Shortage is Fascinating, And Also Screwing Us

We have three kids and a dog, so the life cycle of a couch in my house is limited. This weekend, my family needed to buy a new one. We weren’t in an insane hurry to get a new couch, but we preferred sooner than later. Who doesn’t want a new couch on which to watch Schmigadoon together? We got lucky because we bought from a local furniture store (which had a local warehouse with a lot of inventory), but we also found out that the delay on couches from some of the other outlets was anywhere from a month to six months. In some cases, ordering a couch today meant we wouldn’t receive it until December, by which time we would have already seen all of Schmigadoon!

The reason? A shortage of storage containers.
Obviously, a new couch is the least of the problem. But the shortage of storage containers is f**king over global trade right now. For instance, it used to take 35 days to ship tree nuts to Spain, but now it takes 77 days, and the cost of shipping those same tree nuts in a storage container has increased from $2,500 to $7,500. This plays out in a lot of ways, but probably the most significant is delays in consumer supplies and a fairly noticeable hike in the amount we spend on groceries (in addition to the rising costs associated with labor).

I don’t know why I find this fascinating, but “shortage” is not actually the right term, either. There’s actually a big ramp-up of production on storage containers, but it won’t make a dent in the shortage because the global supply chain doesn’t lack for containers, exactly. It’s that so many of them are in the wrong places. The pandemic screwed supply chains because all these ships brought storage containers full of supplies to places like China and India, but when the pandemic hit, those ships didn’t want to wait around to reload the containers with more supplies and bring them back. They just came home, abandoning thousands of shipping containers in places that didn’t need that many.

Trying to get all those shipping containers from China to the States, meanwhile, has created additional problems because there aren’t enough ports in Los Angeles, so there’s a backlog there, too, as ships wait to port and unload. Meanwhile, three companies in China fully control 80 percent of the world’s storage containers, which was supposed to increase efficiency, etc., etc., but it only created more headaches. To wit: China can basically set shipping prices because they control the means with which to ship supplies. Yay, monopolies!

The icing on the cake in all of this was when a 20,000-container cargo ship lodged itself in the Suez Canal for six days, which only exacerbated an already huge problem.

All of which just illustrates the difficulties inherent to a global supply chain that’s not designed to be particularly flexible. Something as simple as storage containers means that Chromebook you ordered for your child in April may not arrive in time for the start of school and those pistachios you love now cost 20 percent more. Sorry!

No word on whether storage container apartment complexes are playing a role.

← Covid Production Shutdowns Are Back, and Insurance Companies Are Being Uncooperative | No, the Cardboard Beds Aren't to Stop COVID-Spreading Sex at the Tokyo Olympics →