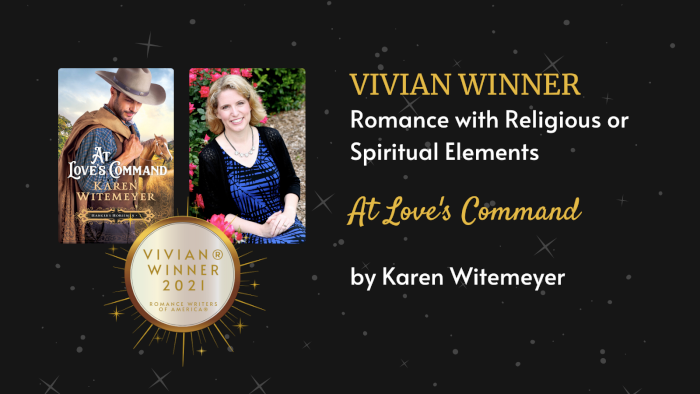 This past weekend, the romance world unveiled the winners of its equivalent to the Oscars, the Vivian Awards. In a year where the genre has seen a number of authors achieve major commercial and critical success, all romance-reading eyes fell upon the Romance Writers of America’s Twitter feed to see if their panel of judges’ decisions would reflect that. It didn’t.

The winners were almost exclusively white and cishet, a reveal that proved to be extremely disheartening to many authors. The biggest controversy, however, came with the announcement of the winner of the ‘Romance with Religious of Spiritual Elements’ award. The victor was At Love’s Command by Karen Witemeyer, an inspirational historical romance about an ex-cavalry officer who falls for a doctor. In the prologue, which you can read in the Amazon preview, the book’s romantic ‘hero’ is a Captain participating in the Wounded Knee Massacre who was motivated to go commit some casual genocide after ‘he found his parents and baby sister murdered by a Comanche war party.’

It should also be noted that no other faith is represented in the nominees for the ‘Romance with Religious or Spiritual Elements’ category. They’re all Christian-based and mostly deeply evangelical. This is a pretty popular genre in romance. It’s also one deeply acquainted with controversy. In 2015, a finalist for the Best Inspirational Romance RITA was accused of anti-Semitism because its hero was a Nazi concentration camp commandment who falls for one of the imprisoned Jewish women and they end the novel by both converting to Christianity.

After social media rightly exploded over the awarding of a novel with a genocidal hero who participated in 13 years of what the book describes as ‘Indian hunting’, the RWA was forced to respond. If you thought DaBaby’s non-apology was bad then hoo boy, wait for this one.

‘Romance with Religious or Spiritual Elements, as a subgenre of romance, requires a redemptive arc as a genre convention. Essentially, the character can’t be redeemed by human means; only through their spiritual/religious awakening can they find redemption for their moral failings and or crimes against humanity. According to its subgenre conventions, the book in question finaled and won for this category.

For our inaugural VIVIAN contest, we saw a diverse finalist class. We attribute this to a detailed rubric and required DEIA training implemented to make the contest equitable. As part of that training, VIVIAN judges were instructed (upon reading a contest entry) to report any perceived objectionable or harmful content to staff. RWA staff did not receive any complaints from the thirteen judges who read and scored the entry.

While encouraged by a diverse inaugural finalist class, we do recognize that we must continually analyze and refine our process to ward against perpetuating harm. We regret any harm experienced by the romance community. Our Vivian Task Force is now charged with assessing the overall effectiveness of the contest to include the contest process, rubric, and entry and judging guidelines.

Once the review is complete, the task force will provide recommendations on how to improve the contest and identify and manage potentially harmful content at the earliest stages in the contest lifecycle. The Vivian Task Force will be headed by Task Force Chair, Director-at-Large Jackí Renee.’

Let’s break this down.

The idea that faith-based romance novels are exclusively defined by their ability to redeem the irredeemable seems very strange to this atheist. Why define this genre by this evangelical standard rather than it being about characters of faith and their lives, especially since this rubric means the genre ends up being just about a specific strain of Christianity? There are wonderful romance novels out there with characters of faith that explore how their beliefs play into their relationships, such as the work of Uzma Jalaluddin. If your prefered reading of religious romance is ‘let’s take evil people and redeem them because Jesus’ then perhaps that should be examined.

The RWA claims that ‘judges were instructed to report objectionable content but nobody saw the genocidal hero who participated in the massacre of Wounded Knee and thought ‘maybe we can just not do this’? Again, this says more about the RWA than anything else, especially in terms of inclusivity, sensitivity, and basic history.

These past few years, the RWA, the long-time writers’ association for the romance world, has struggled with issues of inclusion. The group has long been majority white — in 2019, more than 80% of its members are white, as compared to about 61% of the population of the United States — and the genre as a whole has dealt with its often-startling lack of diversity. This came to a boiling point at the end of 2019 when author and then-chair of the RWA’s ethics committee Courtney Milan faced ethics complaints for calling out racist books. The Board voted to suspend Milan, who is Chinese American, for one year and ban her from leadership for life rather than confront the systemic racism that has permeated the genre for decades. Eventually, eight members of the group’s Board of Directors, all women of color, resigned as a block, followed by the RWA President Carolyn Jewell. The backlash to this obvious abuse of power from the RWA led to their annual awards show, the RITAs, being cancelled because so many judges and eligible authors withdrew from the process.

In May 2020, the RWA tried to begin the healing process by replacing the RITA Award with the Vivian Awards, named after Vivian Stephens, the organization’s founder, a Black editor, ‘in an attempt to move on from the controversy’ and to recognise that ‘happily ever afters are for everyone.’ If the hope was that this would be seen as a positive step forward for the genre and its surrounding publishing structures then that quickly proved to be almost hilariously wrong.

Romances involving Indigenous characters used to be a far more common thing in the genre than they are nowadays, when ‘Indian romances’ that frequently featured the word ‘savage’ in the title and were written exclusively by white women were something of a defining feature of the category. This has mercifully changed but it’s still depressingly common to see things like ‘sheik romances’ on the shelves as well as Westerns with these kinds of ‘heroes.’ I view the RWA in a similar way to the Academy of Motion Picture Arts and Sciences: they may talk the talk on inclusivity and changing to fit an evolving world and its art, but when push comes to shove, they’re all too ready to fall back on a status quo that is problematic to its very core yet widely ignored by the white majority. And for the RWA to do this after years of such public turmoil, and with the inaugural awards sharing the name of a beloved woman of color who the organization tried to hold up as their symbol of a renewed commitment to change.

This win and the non-apology have led many in the romance world to question if the RWA is fit for purpose and if it can ever truly be fixed. Courtney Milan said this, and frankly, I agree:

This, probably more than anything, convinced me that the contest and the organization are dead. https://t.co/22fjdK1glj

← Hey Disney: Here's a Movie Where You Could Finally Give Us True LGBTQ+ Representation | Joe Biden Calls on Andrew Cuomo To Resign → 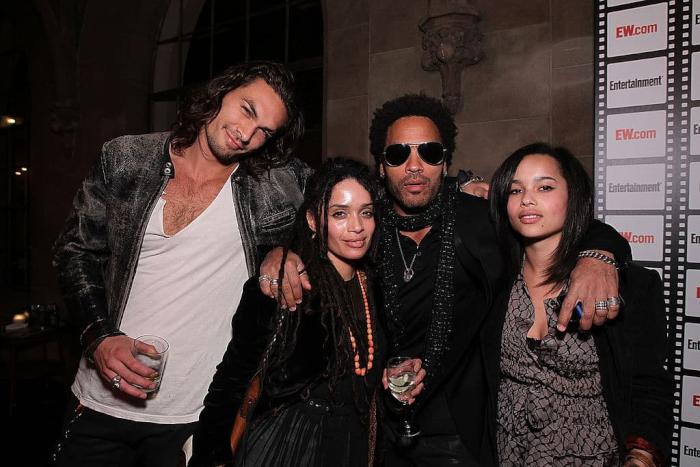