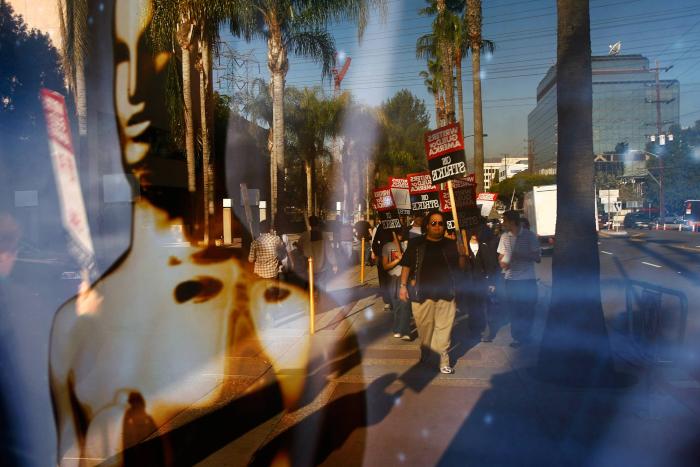 This is a little bit Inside Baseball for casual consumers of film, television, and theater, but it’s important not only to the theater and film/television industries but also to the big picture of workers’ rights in this country.  Do you remember the writers’ strike back in 2007? Well, this is bigger and could have a much larger impact on everything we watch.

IATSE is The International Alliance of Theatrical Stage Employees, Moving Picture Technicians, Artists and Allied Crafts of the United States, Its Territories and Canada. Representing more than 150,000 workers across basically every aspect of the entertainment industry, IATSE’s mission is to improve all entertainment workers’ lives both inside and outside the workplace. The union covers everyone from craft services to writers, stage managers to lighting designers, and they’ve just authorized a strike vote. If they do vote to strike next week, productions across the country will shut down just as they’re revving back up after almost two years of Covid lockdowns.

IATSE has been in talks with The Alliance of Motion Picture and Television Producers (AMPTP) for months trying to renegotiate their basic agreements to address a list of grievous workplace issues:

• Excessively unsafe and harmful working hours.
• Unlivable wages for the lowest-paid crafts.
• Consistent failure to provide reasonable rest during meal breaks, between workdays, and on weekends.
• Workers on certain “new media” streaming projects get paid less, even on productions with budgets that rival or exceed those of traditionally released blockbusters.

To put this in perspective, members of The AMPTP include Paramount Pictures, Sony Pictures, Universal Pictures, Walt Disney Studios, and Warner Bros. So when you go to Twitter and read the stories that are part of #IALivingWage and #IAReasonableRest, or go to Instagram and check out ia_stories you need to understand that it’s not like the AMPTP couldn’t just throw money at this to fix things. They simply don’t want to. Because Capitalism.

Not a single one of the shows or movies we all enjoy on linear TV, cable, in theaters, or streaming would exist without IATSE members. These are the folks who have specialized, technical skill sets and work 16-20 hours a day on productions, in most cases for non-livable wages (you try living in L.A on $16/hour.) Often they’re not given proper breaks for meals because it’s cheaper to pay the penalty than budget and take time out of shooting for proper meal breaks. They’re not given reasonable time off, sometimes expected to make do with a 3-4 hour break between the end of one workday and the start of the next. These working conditions can lead to health issues, but do they have time or money to see doctors? NO.

IATSE members spend weeks and months at a time working on productions side by side with actors and directors. There are no televised award shows for them. No profit-sharing or back-end deals. Hell, how many of us actually even sit and watch all of the credits at the end of a movie? But without them, none of the magic would happen.

Despite some entertainment news outlets framing this strike vote as IATSE vs The Industry, a lot of actual members of the industry and SAG-AFTRA support the IATSE strike. So, suck it, Deadline.

The crews are the backbones of our industry. First ones in, last ones out. They deserve safe conditions and attainable health care. I stand with @IATSE.

Noone wants a strike. @IATSE is being forced to consider it by negotiators for the AMPTP who refuse to even discuss guaranteed meal breaks or 10 hour turnarounds. That's nuts. If you make a living in front of a camera, now is the time to speak for the people who make it possible.

I stand with IATSE. First of all, I love my collaborators and want them to thrive. But also everyone deserves a living wage for the city they work in, decent rest periods, and safe workplaces. That’s actually a very small ask! https://t.co/9xst5eRE41

I haven’t even gone off about the whole idea that streaming is still considered “new media” and therefore subject to an entirely unfair pay rate. Netflix started offering streaming 14 YEARS AGO. Amazon Prime Video debuted as “Amazon Unbox” 15 YEARS AGO. Streaming. Isn’t. New. The longer the studios refuse to accept that and renegotiate contracts to include fair compensation for streaming projects, the more actions like this and lawsuits like Scarlett Johansson’s we’re going to see.

The federal minimum wage stalled out at $7.25/hour in 2009. In the 12 years since then, the fight for fair wages is constantly being fought state by state, industry by industry, employer by employer. We’ve watched it play out with the Nabisco and Mondelez International strikes that started last month. We’ll see it in Hollywood if these giant, multi-national, multi-million dollar corporations don’t get with the program and start meeting their workers’ basic human needs. While an IATSE strike could mean catastrophe for the industry all of us here love and enjoy the fruits of, we cannot expect the hardest working among us to continue busting their asses in unsafe working conditions for low wages while other people get rich (and stay rich) off of their sweat.

#IStandWithIATSE and all the workers. And so should you. 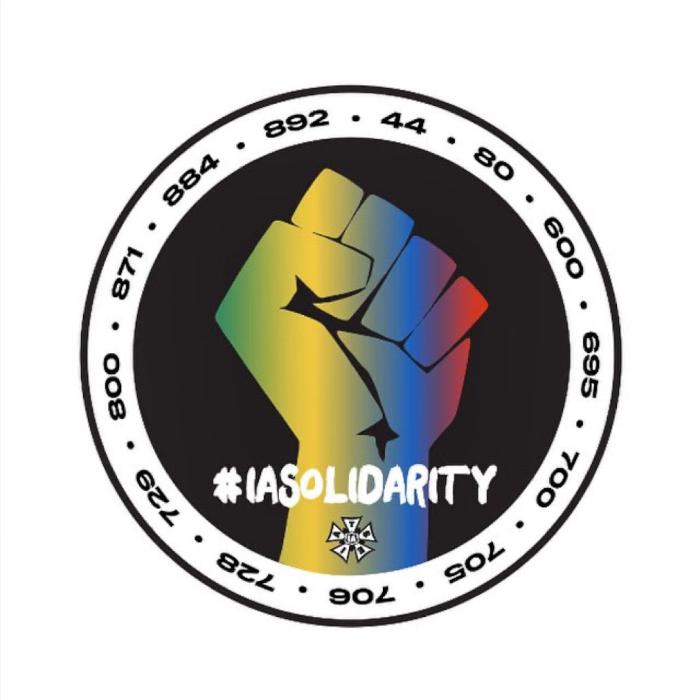 ← A Week Of Endings ('Brooklyn 99', 'Reservation Dogs', 'Nine Perfect Strangers') On Podjiba! | Review: 'I'm Your Man': A Cynical Modern Woman Navigates Romance with a Robot as Hot as Dan Stevens →