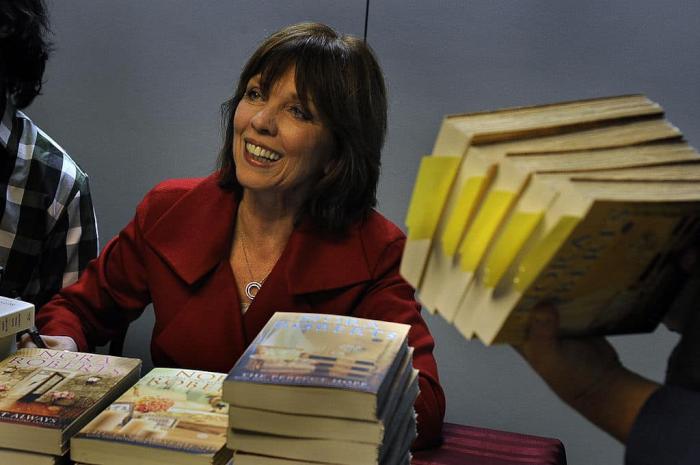 It’s been hot here lately. Too hot. What else is there to do in such circumstances but lounge around and read? I surpassed my goal of reading 52 books this year (roughly one a week) and am now aiming for 100. Last year, I managed 158 but I doubt I will ever repeat such numbers. Make sure to share in the comments your favorite books of the past month.

Naked in Death by J.D. Robb

Kind of surprised it's taken this long for me to get around to this one. pic.twitter.com/B5bdFrZVnS

It’s taken me far too long to get around to reading the Eve Dallas series by J.D. Robb, better known to the world as Nora Roberts. The undisputed queen of romance has literally hundreds of books to her name and working my way through them has been a gargantuan task without even getting into her futuristic crime novels published under another name (of which there are over 50 entries and counting!) But my grandmother’s giddy recommendations finally pushed me over the edge and got me to pick up the first in the long-running saga. And yeah, this book really hit the spot.

Set in the New York City of 2058, Lieutenant Eve Dallas is a dogged detective with a dark past called in to investigate the murder of a sex worker who was also the rebellious black sheep of a powerful political dynasty. More murders are on the horizon and Eve finds herself moving through the rarefied circles of the uber-elite to find the killer. The lead suspect is Roarke, one of the richest men on the planet, a man who intrigues her in ways that move far beyond the professional.

There is a reason that Roberts is the queen of what she does. Her books are deliciously more-ish, even as they span genres. Romantic suspense, however, is her real bread and butter. This sort of tonal balance between crime and romance comes so naturally to her. For a book written in 1995, Naked in Death is also remarkably forward-thinking in some of its politics, although it remains a book of its time in other ways. Mainly through Roarke, who is an old-school love interest in ways that will delight some readers and make others want to fling their Kindle against the wall. It feels like a slam to say that this was a great three star kind of book but that sort of sturdy genre fiction remains wildly popular for a reason. I will probably dip in and out of Eve Dallas’s world when the urge strikes me, but my crime fiction heart still belongs to Armand Gamache.

This one is fun and zips along at a good pace. It did feel like it was pitched as a trilogy and condensed into one book, and I wish it had more room to breathe because its tangled take on the ethics of war is really fascinating. Also, there's a talking robot dragon. pic.twitter.com/FpZ7BpVSuK

All Gyen Jebi wants to do is paint. They want a job that will pay them to do the one thing they’re good at, and politics shouldn’t affect that. But when you’re a Hwaguk resident living under the colonizing rule of the Razanei, there’s no such thing as apolitical. They soon discover that when they are coaxed (read: blackmailed) into working for the Ministry of Armor, Razanei’s research division for the military. They need artists to paint the symbols that will control the automata the Razanei hopes will make ‘keeping people safe’ much easier. Their latest project is a dragon, one who won’t seem to take orders.

Yoon Ha Lee is nothing if not immensely ambitious, and this stand-alone novel is packed to the brim with ideas that often don’t get much room to breathe. The world of Hwaguk — inspired by the Japanese occupation of Korea — is densely realized and one of endless pain and conflict. The loss of national identity as a colonized nation is a specific kind of trauma that one often becomes numb to. For most of the book, Jebi doesn’t even realize how deeply hurt they are by it, and how pretending to be outside of that conflict is impossible. It’s also one where queerness and non-binary identities are the norm. Lee offers a striking examination of the losses of war and colonization, particularly in regards to art. In order to make the pigments that animate the automata that Jebi has been hired to work on, they must destroy art. Priceless paintings are carelessly torn to pieces and battered into dust for the purposes of destruction, and you feel the loss of this act of cultural vandalism every single time Jebi is forced to do it. Lee keenly conveys how deep the consequences of war run. The problem with Phoenix Extravagant is really that it cannot help but feel rushed by its conclusion. Reading it, one gets the feeling that this was initially pitched as a trilogy. That certainly would have opened up the world more for Lee to go beyond the borders of Hwaguk and to explore Jebi’s relationship with the dragon who they form an indelible bond with. I will always love a book that tries too much over too little and Lee definitely has ideas to spare. There’s probably an entire book to be written set in this world just about Jebi’s rebel sister. It’s never a bad sign when you just want of a book.

Of course I'm reading the book about the stressed housewife who turns into a dog. How dare you think this wouldn't be my absolute jam. pic.twitter.com/g1Z8csrKna

One day, a dissatisfied stay at home mother wakes up to find a strange patch of hair growing on the back of her neck. Then her teeth start to sharpen. She hungers for meat. A cyst on her back bursts to reveal what looks like a tail. Her husband, who’s never home, thinks she’s overreacting. Her young son, the only company she has all day long, is too young to know or care that his mommy is acting weird. But turning into a dog still seems to make more sense than the stifling nature of modern motherhood.

Nightbitch, the debut novel of Rachel Yoder, is one of 2021’s more hotly hyped titles thanks to a major pre-release promotional blitz and the announcement that the movie rights have already been purchased, reportedly as an Amy Adams vehicle. It’s not hard to see why people would be drawn to this book and not just because of its juicily grotesque high-concept set-up. Yoder utilizes seemingly endless run-off sentences to convey the exhaustion of the mother (who remains nameless throughout) as she juggles feelings of guilt, resentment, and sporadic satisfaction with her lot in life. I’ve seen some critics read the canine transformation as psychosomatic, a symptom of wider postnatal issues. For me, however, it read as wholly literal and Nightbitch is all the better for it. The oddly satisfying grotesque of her physical changes — six nipples, kids! — gives her story a kind of urgency that becomes very easy to root for. The mother likes being wild and unconcerned with a judgmental world. Even as others look on in horror, she’s too busy reveling in this renewed sense of liberation. It’s all, of course, as subtle as a brick but that’s the point. There’s nothing especially genteel about the act of birthing a human being then having to be responsible for them for at least the next 20 years. Yoder has no time for the romanticized Women Have It All filter of motherhood. I wouldn’t say Nightbitch is especially groundbreaking — I was reminded a lot of Diablo Cody’s Tully while reading it — but there’s enough furious appeal here for Yoder’s debut to justify the hype.

State of the Onion by Julie Hyzy

I discovered the existence of a cozy mystery series about a White House chef who solves crime and all the titles are political food puns and now I need to own this entire saga. pic.twitter.com/N5GPyDFOTR

Every now and then, I fall into the rabbit hole of clicking on random Amazon ebooks that are £1.99 or less. As the almighty algorithm dictates, once I show a modicum of interest in one kind of book, I’ll be bombarded with recommendations for others in that genre or style. This must be the reason that Jeff Bezos’s pleasure-dome started showing me lots of recs for cozy mystery series with increasingly labored puns for titles. I’m not sure what started it but I’m glad it happened because how else would I have discovered State of the Onion? Yes, you read that name correctly, for this is a series focused on a White House chef turned amateur detective. Other titles in this saga include Eggsecutive Orders, Affairs of Steak, and my personal favorite, Fonduing Fathers. Look, I’m only human. How was I supposed to resist?

State of the Onion is familiar in the way that so many cozy mysteries of this kind are. It’s less focused on offering a wildly intricate crime to solve than setting up a plucky heroine whose gumption and unexpected insights offer a refreshing alternative to the stone-faced cops of yore. Olivia Paras is an assistant chef at the White House with her eye on the top job in the kitchen, and after she accidentally stops a strange man trying to make his way to the President, she becomes embroiled in a potentially sinister plan involving the leader of a fictional Middle Eastern country and yes, that detail is as awkward as you think it is.

You know exactly how this book unfolds. You could set your watch to its plot beats. There’s a reason there are so many books of this ilk, the cutesy tales of small towns or people (usually women) with unusual jobs that conveniently allow them to be constantly adjacent to the grisliest of deaths yet never has to worry about minor nuisances like trauma. There’s a fascinating allure to this genteel approach to the most disturbing of events. It’s similar to the buzz of a romance novel, one where the guarantee of a neat and satisfying conclusion is part of the appeal to readers. The good guys win, the bad guys are caught, and many merry larks are had. I read a lot of much darker, more realistic crime novels and sometimes they just don’t scratch that itch in the same way that a cuddly book about an intrepid dog jewelry designer who solves quirky murders in her tiny, achingly picturesque village does. I’m a simple woman. I will probably read the rest of this series. It’s the puns. And the recipes.