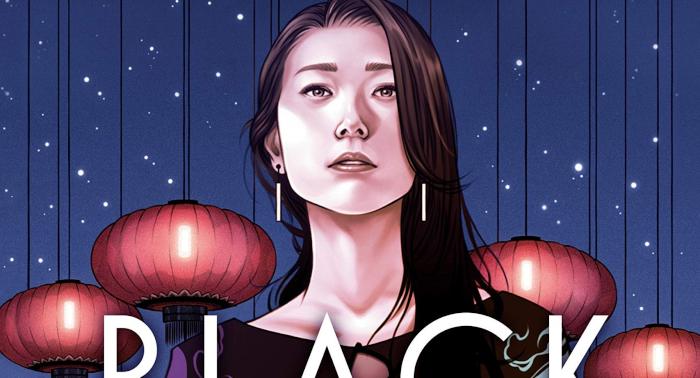 I’ll be honest with you, dear readers. April wasn’t a big book month for me. Blame the Oscars and all the industry-wide stress it entails. Never fear, though, because my to-be-read pile ain’t getting any smaller, especially since bookshops officially reopened in Scotland this week (yay!) For now, I shall share with you a trio of titles that kept my waning focus during an extremely busy month. Don’t forget to share your own reading choices from April in the comments below.

If you have preordered BLACK WATER SISTER, don't forget to request a signed bookplate! https://t.co/xL64lXiHCA (I mean, only if you want one, obv) pic.twitter.com/hFMxuowt0z

Like all semi-self-loathing recent college grads, Jessamyn Teoh has a lot on her plate. She’s broke, unemployed, and still hiding her relationship with her girlfriend from her traditional parents. All that and she’s moving back to Malaysia with them. AND she’s started hearing a nagging voice in her head who claims to be the ghost of her late grandmother. Ah Ma was a spirit medium during her living days, and she needs Jess to tie up some loose ends before she can move on. Whether Jess likes it or not, she’ll be forced to grapple with the Malaysian underworld, angry gods, and a mysterious deity known as the Black Water Sister.

I’ve seen Cho’s latest novel described as an urban fantasy, which doesn’t feel like an entirely accurate fit for a story that, while it does play with many of that subgenre’s conventions, seems more interested in taking a fresher path. Propulsive action scenes are balanced out with more languid moments of familial strife and Jess’s confrontation of hidden generational trauma. Her battle is not one of good versus evil so much as the complicated legacy of tradition seeking to find a space amid an ever-changing landscape, in this case modern-day Penang. Jess’s story is one of liminal spaces: the gap between personal and family; her search for identity as an immigrant child returning to a home she barely remembers; her desperation to balance her hopes for an independent future as a queer woman with her love and duty as an only child to a more old-fashioned family. Black Water Sister finds striking shades of grey amid the more obvious thrills of vengeful gods and human possession. Even with its weighty themes, Cho’s writing is breezy yet never frivolous, making this novel highly readable and accessible. This seems like one that could be a big hit if it finds its audience, so I’m hoping that, if this brief rambling review intrigues you, you’ll pick it up.

Black Water Sister will be published on May 11th by Ace Books. I received my e-ARC from the publisher.

No One is Talking About This by Patricia Lockwood

No One Is Talking About This is out today. many many thanks to everyone who’s read and written about it so far. here is a Butthole Pic, and here is a page with more info about the book and how to register for events on my tour. first one is tonight! 🌈🌈🌈 https://t.co/GJWizfbvKP pic.twitter.com/U8xpDsHP5K

I have long been a fan of Patricia Lockwood. Often described as Twitter’s poet laureate, her surreal prose finds that sweet spot between hilarious and emotionally devastating. There are few writers working today who walk as fine a tightrope as Lockwood, balancing experimental style with piercing personal essay and memes. She is the best possible voice for the always-online age, a compliment that cannot help but feel like the heaviest of slams. Honestly, describing why Lockwood and her work, including her debut novel, work so well often feels like compiling a list of insults. You’re either with her or you’re not, but wow is she worth it?

No One is Talking About This centers on an unnamed protagonist who is most definitely heavily inspired by Lockwood herself. She’s a writer who finds a certain level of internet fame thanks to her pithy quotes and strange asides that she writes on the internet, an inescapable landscape she calls The Portal. In here, an entirely new ecosystem is thriving, one of inside jokes that last for 15 minutes, endless possibilities of rhetoric and ideas, and a mood that is somewhere between terminally delightful and horridly fatalistic. For the first half of the novel, Lockwood smothers you in the uniqueness of the internet, particularly during the age of a certain political huckster. If you’re as forever on Twitter as I am, these sections will inspire laughter and some harshly needed introspection. You cannot help but realize how completely barmy it is to be so learned in the language of The Portal, and how you inevitably sound like an alien when you try to explain it all to even casual internet users. Lockwood nails how doom-scrolling defined an era, turning us numb yet forever aware of just how bad things are getting.

And then, halfway through the novel, things take a turn. The protagonist is called back home to her family as a disaster occurs, dragging her away from screens for several months and forced to confront the truth of a world changed by The Portal. All of a sudden, this is a very different book, yet one indelibly connected to that first half. Somehow, it works. Such is Lockwood’s skill. She is that rare writer able to make you tear up with the most poignant of observations, immediately followed by a comment on chonky bois and thirst traps. She understands that the internet encompasses all of these things, even as the boundaries between the so-called real and unreal have become utterly indistinguishable from one another.

I love this book. It’s shortlisted for the Women’s Prize for Fiction. I’ve only read one of the other nominees, but I’m still rooting for Lockwood.

Roadshow!: The Fall of Film Musicals in the 1960s by Matthew Kennedy

I have a great love for pop culture mega-flops. I’m not just talking about your garden variety failure. Frankly, in the modern age of blockbusters costing over $300 million, everything’s kind of a disappointment now. What I crave are those era-defining disasters, the kinds of flops you just can’t come back from. I also love musicals, so of course, I had to get my hands on Roadshow! once it popped up on eBay. Film historian Matthew Kennedy explores the movie musicals of the 1960s, a time when the genre became defined by hugely expensive, hours-long spectacles intended to play as part of the roadshow fad.

Essentially, studios, eager to fight back against TV’s growing popularity, turned going to the movies into a luxury experience, opening a film in a limited number of theaters in major cities. Often, there would be glossy programs, a live orchestra, and souvenirs to take home, and all for an inflated price. The roadshow practice was as old as Hollywood itself, with films like Wings and (ugh) The Birth of a Nation having one. However, as Kennedy argues, the phenomenon became defined by the mega-musical, in large part thanks to the genre’s spectacular fall from grace by the end of the decade. Kennedy charts the highs — The Sound of Music — and the lows — Star!, Paint Your Wagon, Hello, Dolly! — and the Hollywood egos that defined this clearly crumbling practice. As with all great books about Hollywood bullsh*t, Kennedy is detailed, eloquent, and extremely bitchy. If he thinks a musical sucks, he’ll let you know (and he seems to think most of these movies are abysmal.) It’s an interesting companion piece to one of my favorite Hollywood bullsh*t books, Mark Harris’s Pictures at a Revolution, with both titles exploring the industry’s struggle to hold onto the old ways as the new age of rock and roll, indie film, and cultural revolution laughed at them from afar.