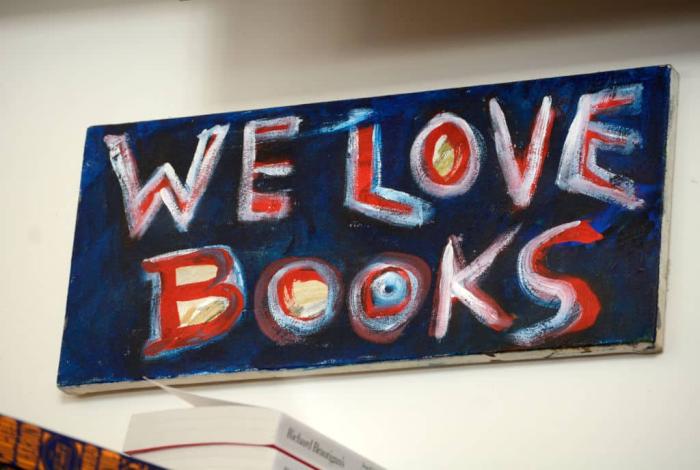 The Most Anticipated Books of 2021

Hot take: Books are good. In a year like this, they proved more urgent than ever for the likes of me, especially as we spent more time indoors and isolated than anticipated. The publishing industry struggled with the obvious setbacks caused by a literal pandemic but for the avid reader who had somehow retained their drive and focus for books, there were many delights to be found. As publishing hopes for 2021 to be somewhat steadier than the previous twelve months, my to-buy list and cycle of pre-orders get all the larger (books and food are where the lion’s share of my disposable income goes.) I’ve narrowed down the literally dozens of titles I’m excited for to ten for your pleasure. Make sure to share your own most anticipated books of 2021 in the comments below. My Amazon wishlist will certainly thank you for it.

Would you like to pre-order a copy of my new book MIKE NICHOLS: A LIFE? Here's where to go. (This'll direct you to both major and independent-bookstore options.) I hope you'll consider it. As in the rest of life, early voting is good. Help a writer out! https://t.co/AOAD475SE2

On top of being an excellent critic and profiler, Mark Harris wrote two of my absolute favorite books on film history in the form of the excellent Five Came Back and Pictures at a Revolution. He’s returning in 2021 with a long-awaited and exceedingly detailed biography of the life of the director, comedian, and all-around icon Mike Nichols. There have been a number of Nichols biographies published in the past but Harris’s combination of dense research and accessible writing style make this one a must-read ahead of the competition.

No One Is Talking About This by Patricia Lockwood

I wrote a novel about being very inside the internet and then being very outside of it. it’s called No One Is Talking about This and it’s out February 16th from Riverhead. (miette does not support because there’s a cat in it named dr. butthole and it’s not her.) pic.twitter.com/2VEsNpWyS8

Twitter’s poet laureate is one of those rare breeds of writers who can make you laugh hysterically then choke back an agonizing sob in the same sentence. Her memoir Priestdaddy is a book I think about endlessly, and I’ve been waiting a long time for her to release a novel. Fittingly for a hyper-niche social media superstar, No One is Talking About This focuses on the double-edged sword of online living. Her protagonist is a woman who has become sort-of famous for her social media posts, which has ‘gifted’ her with some adoring fans and new opportunities as well as a lot of unexpected pitfalls. The lines of so-called real life begin to blur in ways that leave her unsure of the world. I wholly trust Lockwood to make this concept fresh, absurd, and tear-jerking.

While Justice Sleeps by Stacey Abrams

In-between her work as a politician and organizer, Stacey Abrams writes romance novels. Now, she’s turning her talents to the world of thrillers, with a story set within the halls of the U.S. Supreme Court. While Justice Sleeps follows Avery Keene, a law clerk for Justice Howard Wynn, a celebrated icon of the legal system who has shockingly slipped into a coma, forcing Avery to serve as his legal guardian. Now with access to the highest power in the land, she discovers that Justice Wynn had been secretly researching one of the most controversial cases before the court and had uncovered a conspiracy that included some of the most prominent figures in D.C.

One Last Stop by Casey McQuiston

hey y’all 👋🏻 my new adult romcom ONE LAST STOP comes out next year! it’s about two girls falling in love on a train, with a time travel-y twist. you can preorder it now from your local indie or from any of the links here: https://t.co/vOJldG6ii7 ✨ pic.twitter.com/BK2e39S3q3

Casey McQuiston’s debut, Red, White and Royal Blue, was a true delight for romance readers the world over, and her follow-up promises even more sexy, funny, tropey goodness. August is trying to figure out her place in New York City, a place of big dreams but little in the way of change for her. One constant in her life is Jane, a gorgeous woman who she encounters regularly on the subway, but Jane has her own issues to deal with: she’s a literal 1970s punk stuck in a time loop and she needs August to help her. Did you like Kate & Leopold but wish it were less straight? McQuiston’s got you covered.

The Turnout by Megan Abbott

Check out the cover and read an excerpt from Megan Abbott's ballet-centric new novel 'The Turnout.' https://t.co/XOm2Xd65el

Few psychological thriller writers out there keep me as consistently on my toes as Megan Abbott, and that’s not just a pun because she tends to write a lot about dancers! Her new novel, The Turnout, focuses on the cutthroat world of ballet. After the sudden death of their parents, the Durant sisters, Dara and Marie, inherit a ballet school and take over running it with Dara’s husband Charlie. They then hire the enigmatic but deeply charismatic contractor Derek to renovate the studio, leading to an obsessive affair between him and Marie that threatens to tear the close-knit family apart. Abbott is often compared to Patricia Highsmith and it’s a label she’s more than earned.

Things have been pretty solid lately for Colson Whitehead, one of the rare authors to have two Pulitzer Prizes under his belt as well as a TV series courtesy of Barry Jenkins on the horizon. His work often plays around with genre in fascinating ways and Harlem Shuffle seems to be a return to those days. Set in Harlem of the 1960s, the novel is described as a morality play, a crime caper, a love letter to New York City of that era, and a piece of social commentary, the kind that Whitehead has become famed for. It’s Colson Whitehead. He had us at ‘new book.’

#ADesolationCalledPeace by @ArkadyMartine (sequel to Hugo-Award winner #AMemoryCalledEmpire) is an epic interstellar mystery adventure, perfect for fans of The Interdependency series and Ancillary Justice. Download a free sneak peek today!https://t.co/RQWweyrNB8

Arkady Martine made one hell of a splash in the SFF world with A Memory Called Empire, a multi-layered exploration of colonialism that became a critics’ darling and took home the Hugo Award for Best Novel in a highly competitive year. So, of course, we have to include the sequel, A Desolation Called Peace, on this here list. Fleet Captain Nine Hibiscus’s diplomacy efforts now involve taking on an alien armada with whom nobody can communicate. Now Mahit Dzmare and Three Seagrass must rise up to the task or risk ruin, both personal and for the empire itself. If you’re an SFF fan and didn’t read Martine’s first book, do yourself a favor and add it to your list.

A Master of Djinn by P. Djèlí Clark

ARCs for @pdjeliclark's A MASTER OF DJINN are here!

When someone murders a secret brotherhood dedicated to one of the most famous men in history, al-Jahiz, Agent Fatma is called onto the case.https://t.co/CydX4J942y pic.twitter.com/UM06r3D2eg

One of my most beloved literary discoveries of 2020 was the short stories and novellas of P. Djèlí Clark, a SFF writer with the enviable ability to create astoundingly detailed and dazzling new worlds with only a few pages of words. For his full-length novel debut, he’s returning to the magical Egypt of the early-20th century of his short stories, A Dead Djinn in Cairo and The Haunting of Tram Car 015. Fatma el-Sha’arawi is the youngest woman working for the Ministry of Alchemy, Enchantments and Supernatural Entities, but she’s already saved the universe once before, so investigating a murder should be no problem. The only problem is that this murderer claims to be al-Jahiz, one of the most infamous men in history, and he wants to take down the modern age as we know it. It’s up to Agent Jatma, her girlfriend Siti, and the Ministry to save the day before it’s too late. Part pulpy crime story, part high-fantasy, part romance, part steampunk? What more could you ask for?

For clarity; LRT is the UK and World cover for Winter’s Orbit, the US one (from Tor) is this: pic.twitter.com/4EVbRYLS0Y

When you see a debut SFF novel with the description of Ancillary Justice meets Red, White and Royal Blue, how are you supposed to remain calm and collected? Winter’s Orbit promises a grab-bag of all my favorite tropes and look, I’m only human and it’s been a tough year, dammit! The Iskat Empire depends on political alliances, which is how Prince Taam ends up in an arranged marriage with the highly disreputable but obviously handsome Jainan. Believe it or not, this book was originally published as a story on AO3 (it’s not fanfic, as far as I know) before Tor picked it up!

The Heart Principle by Helen Hoang

I could be here all day listing the romance novels I can’t wait to get my hands on in 2021, but since I already did a top ten list for another site with that theme, I’ll keep this one focused on the one book I’m most antsy to finally read. Helen Hoang’s contemporary romances are deeply empathetic, witty, and sexy stories that typically center on neuroatypical protagonists. The Heart Principle brings fan-favorite Quan Diep to the forefront and sees him go toe-to-toe with Anna Sun, who lives with OCD and is determined to make sure that Quan doesn’t seduce her newly engaged sister. Hoang’s books are great primer texts for romance novelists and pure catnip for us old pros.

← What If Posters For the Worst Movies of 2020 Used Pull Quotes from Pajiba? | Let's Talk About Penelope Featherington's Arc in 'Bridgerton' →