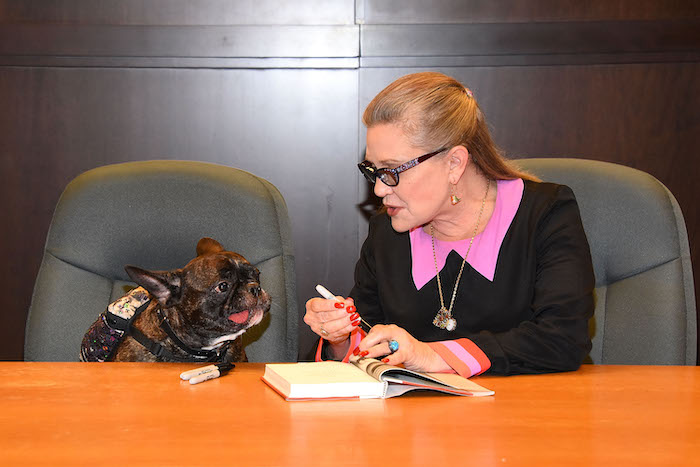 Friends, in life it’s kind of hard to rile me up to the point that I will do anything about it. Mainly because my natural inclination is always to laugh instead of get mad at something, and also I’m dead inside. There is one area, however, that not only will I get off the couch to defend, but I may even raise my voice to do so: when someone tells me my dog isn’t special. Like hell he isn’t! He is a very good boy! Just two days ago he somehow knew someone was outside my door, trying to s*it behind my car, and he saved me from the very real possibility of cleaning up after a grown human being who sees a car and thinks toilet. He’s a very good boy! Them’s fighting words if anyone tells me otherwise.

Yesterday I got off my couch in righteous indignation (and also to get a Diet Coke out of the fridge, but that was unrelated) when I read the following headline: “Your Dog Isn’t That Special, According to Science” from Vice.

Naturally my response was best summed up by Channing Tatum in 21 Jump Street:

According to the study:

Researchers from the University of Exeter and Canterbury Christ Church University explored the biases toward dogs in research, and found that dogs—when compared to other, relatively intelligent species like wolves, cats, hyenas, chimpanzees and dolphins—aren’t particularly exceptional in their cognitive abilities.

A few things to note: I went to the University of Exeter. I got food poisoning not uncommonly from the crayfish salad sandwiches I bought (and kept buying, because they were good) from the uni deli store. I drank far too many Snakebites at the Ram’s Head pub on campus. The point is—I know The University of Exeter, and while it may sound fancy to the outside observer, I am non-plussed. They used to pay me £20 to be a research guinea pig. I know what goes on in those studies, man. I also know what goes on in Exeter, generally. You can’t convince me that my dog isn’t special! He is!

Also, the one ground I am willing to concede is that chimps are equally as special as dogs. It is my dream to have a monkey friend to hang out with (yes, I know chimps aren’t technically monkeys, but roll with me on this one, please) and teach him how to make classic cocktails so that in the evening he could wear a fancy tuxedo coat and we could have cocktail hour like civilized people. Is this feasible? Who knows! But I do know that he and my dog would get along swimmingly, and that his name would be Ojo, and that both of them would be special in their own way.

Really, at the end of the day, the study probably isn’t as incendiary as the headline was, but this is the internet, baby! Isn’t that the entire point of all of this?

Here’s a video of monkeys stealing drinks from a beach, because monkeys are special, just like you, me, and all the good doggy boys and girls out there.