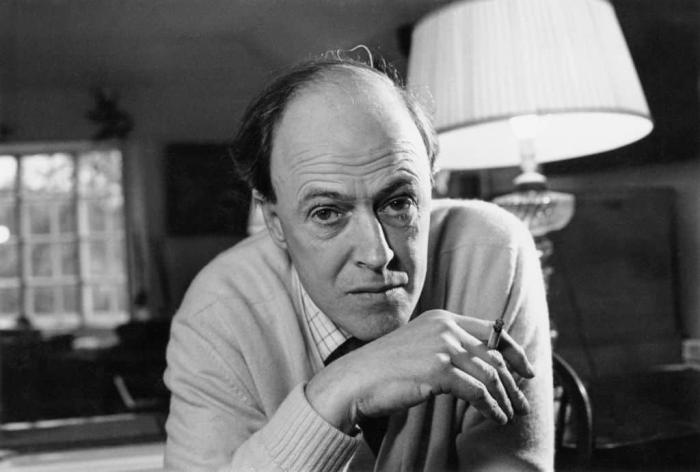 Roald Dahl's Family Apologizes for the Author's Antisemitism But Is It Enough?

Roald Dahl remains one of the most beloved children’s authors of the past century. His work helped to shape many kids, myself included, and books such as Matilda, Charlie and the Chocolate Factory, and George’s Marvelous Medicine remain best-selling classics. The Dahl brand is strong to this day, with his website offering lots of merchandise including party packs, tea sets, and Monopoly sets.

Dahl was also a raging anti-Semite, and the Dahl family is apologizing for that.

On the Dahl website, his family and the Roald Dahl Story Company released this statement:

The Dahl family and the Roald Dahl Story Company deeply apologise for the lasting and understandable hurt caused by some of Roald Dahl’s statements. Those prejudiced remarks are incomprehensible to us and stand in marked contrast to the man we knew and to the values at the heart of Roald Dahl’s stories, which have positively impacted young people for generations. We hope that, just as he did at his best, at his absolute worst, Roald Dahl can help remind us of the lasting impact of words.

As noted by the BBC, the statement is undated and pretty discreetly hidden on the website. It’s a one-paragraph sorry note that’s deliberately vague in nature. They waited 30 years to do this and this is what people get? If you didn’t know about Dahl’s antisemitism, you’d have no idea what this statement was getting at.

In a 1983 review of Tony Clifton’s God Cried, a picture book about the siege of West Beirut by the Israeli army during the Lebanon War, Dahl wrote that a ‘race of people’, meaning Jews, had never ‘switched so rapidly from victims to barbarous murderers.’ He also claimed that America was ‘so utterly dominated by the great Jewish financial institutions.’ He told a reporter that same year that ‘there’s a trait in the Jewish character that does provoke animosity, maybe it’s a kind of lack of generosity towards non-Jews. I mean there is always a reason why anti-anything crops up anywhere; even a stinker like Hitler didn’t just pick on them for no reason.’ In an interview with The Independent in 1990, Dahl said, ‘I’m certainly anti-Israeli and I’ve become antisemitic in as much as that you get a Jewish person in another country like England strongly supporting Zionism.’ He also claimed that ‘there aren’t any non-Jewish publishers anywhere, they control the media - jolly clever thing to do - that’s why the president of the United States has to sell all this stuff to Israel.’

In 2015, the Royal Mint planned to produce a coin to commemorate what would have been Dahl’s 100th birthday, but decided against it because of his antisemitism. Conversations over Dahl’s antisemitism have been an ongoing part of his legacy for decades now, as well as questions over the racially-charged depictions of the Oompa-Loompas in Charlie and the Chocolate Factory and his frequent forays into hardcore misogyny, especially with some of his adult short stories.

The BBC noted that the Dahl estate posted annual pre-tax profits of £12.7m in 2018, which mostly came from film and TV deals, like the recent adaptation of The Witches, one of Dahl’s most controversial books. Seriously, the misogyny and antisemitism of that story LEAP off the page.

It’s a tough job reconciling your childhood loves and influences with the monstrous opinions of the man who created them. As someone who grew up with Dahl and was hugely shaped by him, I struggle to revisit them. We should be having these conversations, and the Dahl estate should do more than a mealy-mouth non-apology that seems more concerned with their bottom line. It’s bad enough that we’re going to be besieged with the usual ‘baww cancel culture’ crowd over this, so at the very least, let’s try and confront the problem and do more than write one paragraph of sorries.

← Do We Love Or Loathe Daði Freyr's Christmas Music Video? | Twitter Ponders Scams That Americans Have Been Conditioned To Believe Are Normal →