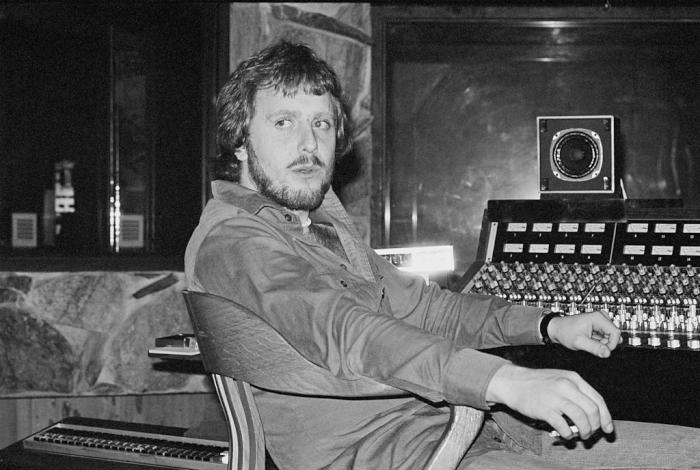 Rest in Noise, Martin Birch, the One Person More Than Any Other Responsible For My Music Taste

I’ve been in a bit of a contemplative mood recently. I’m not entirely sure why, but I would imagine that the combination of a global pandemic disrupting all of our daily patterns and habits combined with it being the tenth anniversary of my dad’s sudden death has something to do with it. Who knows. The universe works in mysterious ways.

Whatever the cause, I’ve felt introspective recently. Thinking about the ever-growing chain of events and people that have so far made up my life and wondering what it all meant. How it all fit together. What I should ascribe importance to and what to file away under more trivial headings.

I have also been thinking about where things began. Where the genesis of parts of me can be traced to. I posted a piece last week about political awakenings which touched on one of the main facets of my personality. Because I do have to say that if I had to be reduced to two—what word to use here? ‘Interests’ sounds so sterile; ‘hobbies’ is even worse; ‘things’ is too vague. I guess ‘interests’ will have to do—interests, it would be politics, and music. (I’m so sorry, film and books.)

And today I am sad, because today is the day that the man responsible for probably about 90% of my music taste has left the world.

It is with a very heavy heart I’ve just had verified my very dear friend & producer Martin Birch has passed away…Martin was a huge part of my life…helping me from the first time we met through until Slide It In…Mt thoughts & prayers to his family, friends & fans…💔💔 pic.twitter.com/J4UyDiG9zR

That’s David Coverdale of Whitesnake paying tribute to Martin Birch. Legendary producer Martin Birch, who blazed a path through four decades of British music, working with some of the greatest bands of all time, on some of the greatest albums of all time, before retiring at the age of 42 after seeing all the lands in his dominion and knowing that there were none left to conquer. Except instead of weeping like Alexander I like to imagine Birch putting up his feet, saying, ‘Well, that’s that fu**ing done then!’, and enjoying a nice cold pint.

Martin Birch was born in Woking, Surrey, in 1948. He started out as an engineer, getting work on debut albums by legendary British bands like Wishbone Ash, The Faces, and Jeff Beck’s Beck-Ola. Around this time Birch also began a working partnership with Fleetwood Mac (the original blues version) as well as Deep Purple—working with the latter on their untouchable early 70’s run of ‘in Rock’ (1970), ‘Fireball’ (1971), ‘Machine Head’ (1972), and ‘Burn’ (1974).

Birch would also work with the one and only Black Sabbath, helping to shepherd them through their phoenix-rising-from-Ozzy’s-ashes comeback albums, ‘Heaven and Hell’ (1980) and ‘Mob Rules’ (1981). The former is often regarded as one of the finest ‘classic rock’ albums of all time. As if that wasn’t enough, Martin Birch helped Deep Purple guitarist Ritchie Blackmore’s post-Purple band, Rainbow, become the universally regarded (at least for a while) band that it did, producing their best albums—including 1976’s ‘Rainbow Rising’, another album that, like ‘Heaven and Hell’, also makes any classically-inclined metalhead’s eyes sparkle at the mention and head instinctively begin to bang. Other legendary acts like Blue Öyster Cult and Whitesnake also have Birch to thank for some of their absolutely best work.

Birch’s legacy blazes brightly from every single note in the records he made with the incredible bands he worked with. He had a wonderful skill for enhancing a band’s sound without domineering or getting in their way. His touch was varied, yet consistently brilliant, adapting on the fly to the needs and purpose of each group. It can be heard in that apocalyptic drum roll that opens Rainbow’s ‘Stargazer’. It’s there in the bright and sunny acoustic arpeggios of Wishbone Ash’s ‘Time Was’. In Tony Iommi’s haunting solo harmonies in Sabbath’s ‘Children of the Sea’ and Geezer Butler’s hypnotic bass line in ‘Heaven and Hell’. In the genre-defining tone of Jon Lord’s beefy organ blended perfectly with Ritchie Blackmore’s finger picked guitar that makes up Deep Purple’s ‘Smoke on the Water’. These are sounds that I will carry with me my whole life.

Aside from being an insanely talented man behind the soundboard, Birch became such a stalwart of the British scene because he was by most accounts just a great goddamn person to work with. In an industry plagued by monstrous egos and fractious relationships, bands found that having Birch in the studio brought out the best in them, with the producer providing a reassuring and friendly presence while encouraging productive and imaginative work. There is no greater testament to this than the work that Birch would do with the band with whom he had his most enduring musical partnership.

For my money there is no greater run of albums in history than the incandescent trail left behind by Iron Maiden in the 80’s. They have had a truly fantastic ‘late’ career resurrection (that has now actually lasted as long as the pre-resurrection bit), putting out some of the best albums of their career, but the working class boys from East London absolutely owned the 80’s, releasing an album of mind-boggling quality almost every single year, untouched and unmatched by any other band working then. Martin Birch was with them almost every step of the way. He sat out their debut, 1980’s ‘Iron Maiden’, but after he was brought on for the follow-up, 1981’s ‘Killers’, bringing with him a muscular, bright, clear sound that made Maiden’s ambitious and searing work hit like it was always meant to, there was no stopping the Maiden/Birch partnership.

And thank you. Your work lives on and oooo-oooon.

"My thoughts & prayers go out to his wife Vera & his daughter Haley. He was a genius producer & a very dear friend of Ronnie’s. May he RIP"- Wendy Dio pic.twitter.com/9GTqNs36WC

Really sad to hear of the passing of Martin Birch. Brilliant producer. Had the pleasure of working with him on the Black Sabbath albums #HeavenandHell and #MobRules. Condolences to Vera and family. #RIPMartin pic.twitter.com/FPZajWRvpN