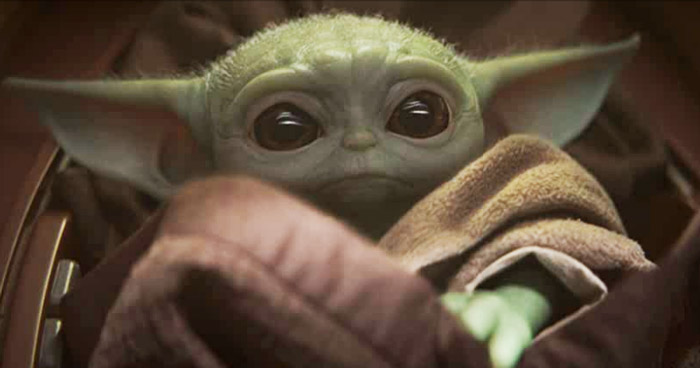 We know. 2020 has been a tough year, and let people like things, yadda yadda. You know what? Let people DISlike things too! Sure, this year was full of stress, but let’s not let that strip away our rights to just NOT LIKE the thing EVERYONE else is going so gaga over.

You know the feeling: Everyone around the watercooler, flooding your timeline on Twitter or Facebook, or dominating the idle time in Zoom conference calls with unmitigated praise for the NEW THING. It’s a show that they insist is WAY smarter than its exploitative premise seems. It’s an actor adored, a curious new critter, or a trend that’s actually more depressing than exciting. And it’s not enough that THEY all are elated by this NEW THING, you must be too. Or else you are shunned and scorned. You are declared an enemy to TEAM FUN. If you’ve ever been called “souless” for not jumping on the bandwagon, you know what we mean.

So, in this year of 2020, where so much sucked, we’re chucking ourselves off the bandwagon and flipping double-birds as we go with the return of the Pajiba (Sh)It List.

Jingle Jangle
Have you ever received a Christmas present that was wrapped in shiny, fanciful paper and tied with extravagant ribbons? Did you then open that present to find one sock and one mitten? Then, when you asked the person who gave you the gift to explain it, they just gave you a charger to something you don’t have and started stomping and clapping? Well, that’s what it felt like (for me) watching Jingle Jangle; making sense of a bunch of thrown-together elements, only to be left thinking “At least the wrapping paper is nice.” —Andrew Sanford

Tiger King
If I wanted to spend my time with a fame-hungry family of cartoons and catty individuals, I’d watch the Kardashians. Yes, Joe Exotic and Carole Baskin are undeniably compelling, and so is their show (y’know, if you fast forward through all the horrific animal rights violations). But watching it felt like eating too much fast food. You’re left queasy, disgusted, a little nauseated, and not entirely sure of what, exactly, you just consumed. —Nicole Edry

The Crown
Once The Crown committed whatever evil blood sacrifice it took to transform Gillian Anderson into Margaret Thatcher in its fourth season, I went from not understanding the appeal of this show to actively despising it. I can think of very few things less appealing than spending whatever precious time I have left on this planet watching a who’s who of Britain’s posh acting talent playing a bunch of real-life archaic, land-stealing spongers. I don’t care if it ‘actually criticises them too.’ No thanks. —Petr Knava

Verzuz
When Verzuz first started during this catastrof*ck of a pandemic, it was a pretty simple concept: two artists, socially distanced in their own homes/studios, using Zoom calls to compare their musical catalogs and give viewers something to smile about and dance to as they decide who’s the better artist with the better catalog. Unfortunately, this has become a corporate-sponsored Event Series in which the artists now perform together in the same room as if the pandemic has officially ended. Yes, we got to see Brandy and Monica sing together, even though Monica spent half of the time looking like she wanted to beat Brandy’s ass. We also got to see Patti LaBelle and Gladys Knight sing together with everyone’s new favorite Twitter auntie Dionne Warwick, but this has also resulted in Ashanti vs. Keyshia Cole being canceled because Ashanti been around the world like Lisa Stansfield and ended up getting the ‘rona. If we could just bring Verzuz back to two artists doing their best songs separately from the safety of their homes (crappy audio/video issues be damned), it would be greatly appreciated, because we don’t need any more good things being ruined in the year 2020. —Brian Richards

Sarah Cooper
Trump defies direct parody. He’s too absurd and dangerous for anything he says to be effectively mocked. It didn’t work for me when Alec Baldwin did it on SNL, and it doesn’t work for me when Sarah Cooper does it. Yes, her viral TikTok videos jettisoned the comedian to a further level of success—including a Netflix special—but I’ve never understood the appeal of her lip-syncing. Trump says dumb, evil stuff, but her mocking of it feels surface-level and, fundamentally, toothless. If the extent of your “resistance” is just laughing at Trump’s nonsensical grasp of the English language, you’re missing the entire political machine that maintained his power for so long, and that will throw their support behind the next candidate who serves their interests. If all you want out of your comedy is a reinforcement that yes, the Bad Man is Bad, do you, I guess. But I’d rather re-watch Veep instead. —Roxana Hadadi

Drive-In Movies Return
The demand/resurgence of drive-in movies. Why? Just why? Setting COVID aside, I can’t think of a worse way to watch a film. I’m cramped in my car, and a bathroom isn’t easily accessible. And maybe this is just the Florida talking but, how does the A/C issue work? Yes, it’s nighttime (another downside to drive-ins, matinees are a thing of the past), but even in the summer—-and I know the rest of you jabronis have to deal with summer—-it’s gonna be you versus bugs, so if you put your windows up, your car’s gonna have to run some air. No, thank you. Give me crispy cold A/C, a 4:30 start time, a cushy seat, and easy bathroom accessibility any time (after a gd vaccine, of course). —Kaleena Rivera

Baby Yoda
He looks like a human baby crossed with a bat and a frog, but somehow not cute! His eyes are a merciless abyss that reflects dark origins. Under his Snuggie-swaddling, he is a naked ploy to spin an already mighty franchise into a fresh branch of Mandalorian merch to feed the insatiable maw of Disney’s coffers. He’s so adored that not even committing genocide through snacking could dim his star. Clearly, he is a cursed object deserving of a Little Otik-style horror fairy tale, warning to be careful what you wish for. But sure, the meme song is catchy. —Kristy Puchko

Timothée Chalamet
Remember the punchable face trend from a few years back? Miles Teller, Ansel Elgort, etc.? To me, Timothée Chalamet — or “Timmy,” as he is referred to both affectionately and pejoratively — has a “punchable aura.” I don’t mind his face; it’s the way in which he carries himself that bugs the ever-living hell out of me. I have nothing against thin and willowy, either, even though he looks like he’d cry if I gave him a high-five, or that he constantly feels the crush of gravity on his feathery frame. It’s that he’s basically a Wes Anderson prop—precious, impressed with himself, and serves no utilitarian function. He’s like the human equivalent of a Volkswagen Beetle: adorable, but completely f**king useless. —Dustin Rowles