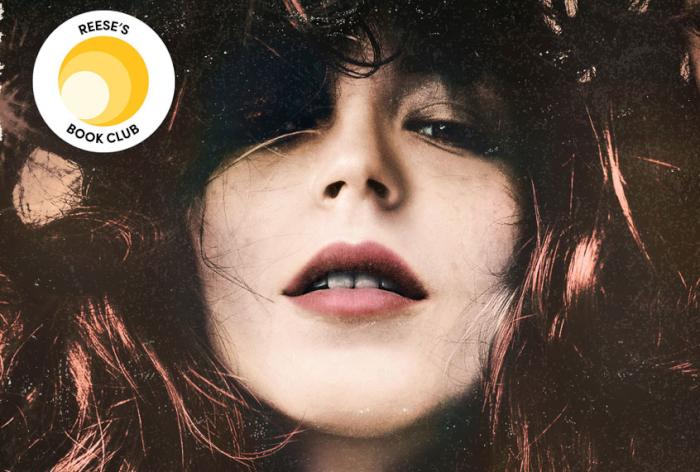 What Are The Most Talked About Books of 2019 So Far?

So far, 2019 has been a damn good year for books. Not only that, but it’s been a top-notch season for hotly hyped titles reaching wide audiences. Every year, it feels like there are multiple headlines about the must-read book some daring publisher has shelled out a lofty seven-figure advance for, but that’s no guarantee of sales. But what books are flying off the shelves and hogging up all the buzz? Admittedly, a lot of this list is based purely on my experiences as an ardent reader and conversations I’ve had with others about 2019 in books. Sometimes, all you need to do to gauge a novel’s popularity is check out what everyone is reading on the bus or in cafes but other times we can turn to social media or industry news for a solid picture of the scene. This isn’t a list of recommendations, per se, although I wouldn’t say there are any duff reads in this post either. Make sure to share in the comments what books have dominated your year so far and what you’re looking forward to.

Fleishman Is In Trouble — Taffy Brodesser-Akner

Fast becoming a word-of-mouth hit, @taffyakner's acclaimed novel Fleishman Is In Trouble is one of the must-read debuts of the summer. Discover it here: https://t.co/b5lWaFIQNa pic.twitter.com/Apq9RajpH1

The debut novel of arguably the best profile writer working right now arrived amid a flurry of hype. Taffy Brodesser-Akner has almost single-handedly put to rest the assertion that the celebrity profile is dead in modern journalism thanks to her piercing and highly entertaining pieces on figures like Tom Hiddleston, Andy Cohen, Bradley Cooper, and Britney Spears. She’s turned that keen eye and empathy towards a very Philip Roth-esque story. Already a New York Times best-seller, Fleishman Is in Trouble is about an upper-middle-class New York divorcee whose enjoyment of the modern age of dating is hampered when his ex-wife drops the kids off at his house then never returns. Dustin wrote a great review of this one, and it is fascinating to see such a definitively literary book proving so popular as a beach read. It’s what Taffy deserves.

This looks like an ideal reading spot 😍 Thanks for taking Daisy on vacation with you @__sthomson!

Reese Witherspoon, on top of reinventing herself as a mega-producer, has become a major force in publishing thanks to the success of her book club. It’s a great way to capture an audience for all your future adaptations (see the upcoming Hulu series of Little Fires Everywhere she’s working on). Daisy Jones & The Six, another of her book club favorites, is already gearing up for an Amazon series, and it’s not tough to see the appeal. The novel follows a 1970s rock band from their ascent to the peak of the LA music scene and worldwide fame before it all came crashing down.

Journalist Lisa Taddeo spent a decade writing her non-fiction debut, Three Women, a frank study of a trio of very different women and their respective experiences with sexual desire. Lina, a 30-something Midwestern mother of two, reconnects with a former boyfriend after her husband stops showing her affection. Sloane, the woman who seems to have it all and whose husband enjoys watching her have sex with other people. And Maggie, who claims to have had an affair with her teacher when she was still in high school. Three Women has been praised for its meticulous research and painfully intimate approach to a topic that is oft-explored in literature but seldom with such understanding. Expect this one to become very popular with book clubs.

Perfect for fans of Liane Moriarty and Celeste Ng, you can download the eBook for today only at just 99p! Amazon: https://t.co/W7uCOMMGWI Kobo: https://t.co/6yxfboKrEA pic.twitter.com/U9536ZW7vy

In a small Virginian town, a local immigrant family runs a special treatment center that uses controversial hyperbaric oxygen therapy. When a fire breaks out in the center, killing two people, the trial to determine who was to blame threatens to rip more than one family apart. Angie Kim’s debut legal drama has won over many fans of titles like Little Fires Everywhere and encompasses a wide array of ideas and themes, including but not limited to parenting, disability, immigration, healthcare, and the ultimate responsibility of a family.

The winner of the £10,000 Encore Award 2019 for best second novel of the year is Sally Rooney with 'Normal People' (@FaberBooks). This year's judges are RSL Fellows Edmund Gordon, Nikita Lalwani and Eley Williams (@GiantRatSumatra). pic.twitter.com/b5QReA0dHI

Do you follow book lovers on Instagram? Then the chances are you’ve seen the cover for Normal People a lot. The ever-so-stylish illustration of an embracing couple in a sardine can has become the literary image of 2019. Irish author Sally Rooney’s 2017 debut, Conversations with Friends, started a whole host of conversations from the older literati over whether it was the first ‘great millennial novel’, and Normal People has only increased those expectations. The novel follows the tangled but intense bond between two Irish teenagers as they go from high school to university at Trinity College Dublin. The TV adaptation is already in production, so expect this one to stick around for a while.

It's publication day at last. EVVIE DRAKE STARTS OVER is (I hope!) available wherever you like to get your books. Yay! pic.twitter.com/GswCZOde96

Not content to leave all the book club fun with Reese Witherspoon and Oprah, NBC Today host Jenna Bush Hager has launched her own read-along with the show’s many fans. Her pick for July is Evvie Drake Starts Over, the debut novel of NPR’s Linda Holmes. It’s not hard to see why either. Dustin detailed it best in his review, but I have to heartily recommend this one myself. It’s an immensely charming rom-com about a young widow grappling with the dead husband she wanted to leave, and the retired baseball player living in her guest house after crashing out of the big leagues with a case of the yips. If you like your romantic comedies with lots of screwball-style back-and-forth dialogue, small-town comforts, and a deep-seated emotional streak, this is the one for you.

Red, White and Royal Blue is the book of the summer, and if you haven’t read it, you should do so immediately, and that’s that on that pic.twitter.com/VRVIH7RQO7

There are plenty of romance novels to recommend in 2019 (that’s probably its own list). However, the one I saw getting the most buzz and reaching the most non-romance readers was this one. Its deliberately mega fan-ficcy premise and Tumblr-ready appeal was hard to deny: Imagine a world where the first female American President’s son is forced to fake a friendship with a British Prince, which soon turns romantic. I’ve seen this premise in many a fic in my day and I’ve always been surprised by how unwilling so much of literature is to embrace such tropes. Red, White & Royal Blue goes all out and readers can’t get enough of it.

Where the Crawdads Sing — Delia Owens

'Where the Crawdads Sing' Top Seller So Far in 2019 https://t.co/GeZ5s8tKcW pic.twitter.com/i2RN7uBT6z

The debut fiction book by Delia Owens is actually a 2018 release but its staggering success has continued well after its initial drop. As of June 2019, it was the top seller of the year so far, according to Publishers Weekly, having sold over 907,000 copies this year alone. Reese Witherspoon also chose this title for her book club and optioned the movie rights for a future adaptation. The drama follows a young girl named Kaya who grows up on the swamps of North Carolina, mostly isolated from civilization until she is accused of the murder of a beloved local quarterback. It’s the kind of read that Oprah’s book club, during its prime, would have feverishly recommended thanks to its everything and the kitchen sink approach to storytelling. What has proven more intriguing to readers now is the life of Owens herself. Before penning her debut novel late in life, she was a zoologist who, alongside her then-husband Mark, spent many years studying wildlife across Africa. As noted in a recent piece by Slate, the Owens family were connected to the murder of a poacher in Zambia, a case that has never been solved.

← Review: 'Them That Follow' Expands Our Understanding of American Pentecostalism | Stream It or Nah: 'The Red Sea Diving Resort' Features an Extremely Hot Chris Evans →