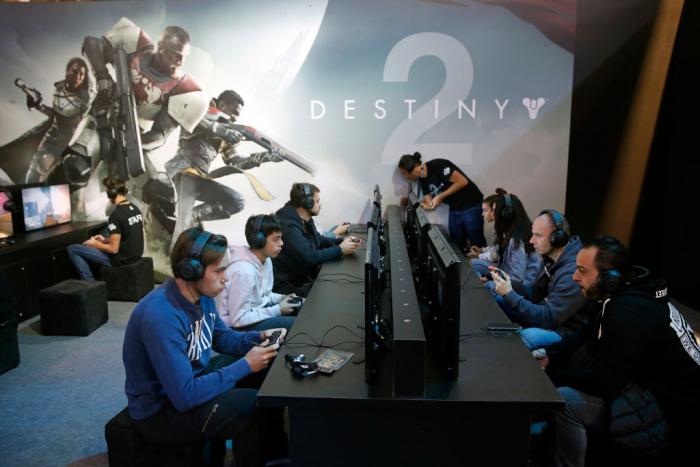 I quickly enlisted on Sony’s side when the Console Wars began in the early aughts. I was never what you’d call a true believer; Sony got my money because they had the Final Fantasy and Shin Megami Tensei series, and I was a JRPG fiend. The Playstation 2 in particular was proprietary hardware that demanded buy-in if you wanted access to their library. Not to mention the PS controllers were significantly better. But as the years passed, high-end hardware became more generalized and games moved beyond their original platforms. Now it’s possible to play Horizon: Zero Dawn on PC, both Destiny games on Playstation, and Diablo 3 on everything. The simmering animosity between PS, Xbox, and PC fans has died down to the few (million) remaining diehards still convinced there’s a fundamental difference between Sony and Microsoft corporations.

One area of competition that remains involves the acquisition of game developers, and on that front the struggle is real. Earlier this month Microsoft spent $68.7 billion purchasing beleaguered developer Activision Blizzard, itself the product of a 2008 merger worth $18.7 billion. Though the deal is currently under review by the FTC — it makes Microsoft the third largest gaming company — Microsoft appears confident it will succeed. Activision Blizzard is still a source of controversy, particularly since Bobby Kotick, CEO and alleged butthole who allowed a truly poisonous work environment, remains in power despite the takeover.

Yesterday, in a smaller but no less significant acquisition, Sony announced the purchase of Bungie Studios for $3.8 billion. Bungie’s game catalog is smaller but crucially includes the Microsoft-exclusive Halo series — and the upcoming TV series Claude talked about yesterday — as well as the hugely popular multiplatform Destiny and Destiny 2: Electric Boogaloo games. Bungie stressed that it will continue making multiplatform titles rather than focus on Sony exclusives, and it seems unlikely Activision Blizzard will artificially restrict its customer base. Like Activision Blizzard and other developers seemingly behind the times on cultural shifts, Bungie’s faced recent accusations of toxic work culture. Sony president and CEO Jim Ryan has stated the company is aware of the allegations and Sony takes it “very seriously.” Whether these acquisitions by Sony and Microsoft lead to concrete change in either environment is anyone’s guess.

These are not the only recent major purchases or mergers. Take-Two Interactive, developer of some of the decade’s most acclaimed games, from Bioshock to Grand Theft Auto to Hades, purchased Zynga (FarmVille) for more than $12 billion earlier this year. In 2021 Microsoft bought up Zenimax Studios, parent company of Bethesda Games. Known for its expansive, open-world Fallout and Elder Scrolls games, this gives Microsoft a sizable leg up should it decide to focus on exclusives or, more likely, a game streaming service with a lot more built-in success than Google’s Stadia or Amazon’s Luna hope to offer.

What this means in terms of game production and variety is anyone’s guess. Historically speaking, massive mergers rarely lead to an expansion of a developer’s vision; rather, it seems likely that these studios will tighten their focus further on the sort of high-budget, AAA titles they’re known for. I expect Game Pass and Playstation Now to grow as the two companies perhaps add to their back catalogs on their streaming services.

Even so, there are a number of new games from each studio on the way. Activision Blizzard continues work on Diablo IV with no release date in sight. There’s also a sequel to Overwatch and multiple Warcraft mobile games in the works. Bungie expects at least one more new IP by 2025. Take-Two claims to have 93 new games coming out in the next 5 years. Bottom line; even with all these mergers and acquisitions, it remains a very good time to be a gamer.