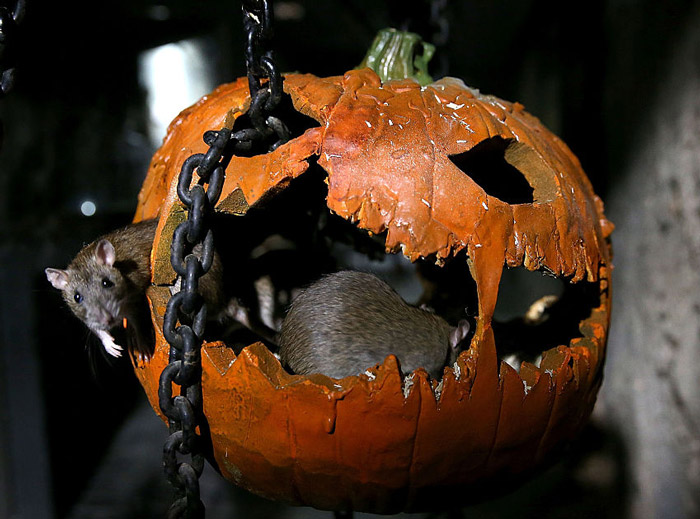 There are certain fears that are rampant among New Yorkers. Fears like falling on the subway tracks, getting hit by a cab, and stepping on one of those metal doors in the sidewalk only to have it give way. (Russian Doll got it.) You live here long enough, and it seems stranger and stranger one of these nightmares hasn’t happened to you. And every time something like these befalls literally anyone, we all message each other about it, because there but for the grace of God go I. Because 2020 is a relentless bully of a year, the latest New York City nightmare story takes it to a new level of WTF and OH SWEET PENELOPE WHY!?

The Daily News reports a Bronx man was minding his own business, waiting on the sidewalk for a bus, when it gave way beneath him. The dreaded sidewalk sink hole! But that’s not all. Not only did he plummet 15 feet into a pit, but it was a pit FILLED WITH RATS. This is some Vincent Price midnight movie right sh*t here.

33-year-old Leonard Shoulders is now in the hospital recovering from the fall in which he suffered abrasions to his face and broke an arm and a leg. Then, he had to wait in a pit of rats for 30 minutes until help arrived.

Are you ready for the worst part? Seriously, like the YOU WILL HAVE NIGHTMARES part?

A witness said of Shoulders’ ordeal:

“He couldn’t move, and the rats were crawling all over him. He didn’t scream, because he didn’t want the rats going into his mouth.”