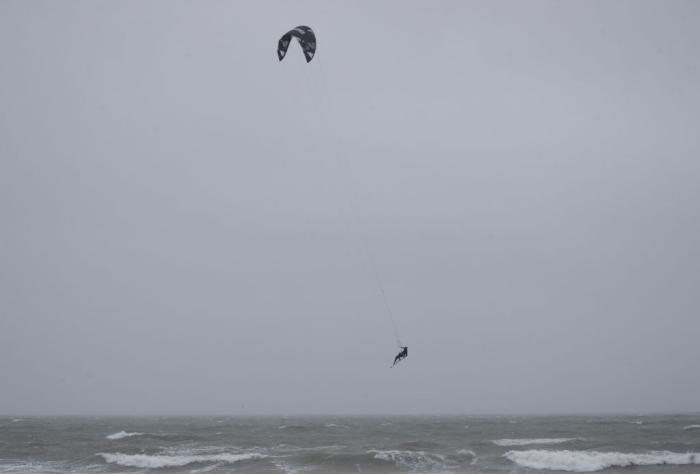 Oh Hi, My My Actual, Literal Nightmare, Nice To Meet You in Real Life

I don’t have many nightmares, or anxiety dreams, or anything like that. Most of my dreams take the form of some sort of jaunty, politically-charged apocalypse caper. The world’s ending—or has already ended—and I and my friends have got to sort some sh*t out. Maybe punishing whoever caused it; maybe trying to salvage anything that can be salvaged. Sometimes it’s all taking place in space. Sometimes in a setting cobbled together from films and other source material. Relatively frequently, there’s time travel. It’s been this way for years and years. And like I say: Even though a lot of the scenarios that play out in my dreams sound on paper as if they should be stressful—‘Uh, the world died, guys, and also a lot of our friends with it’—they are usually not. It’s usually fun.

One notable exemption to this is the ‘caught by the wind’ scenario. It doesn’t need much explanation. It’s pretty much exactly what it sounds like. It occurs at least once a fortnight in one form or another, and it stresses me the fu**k out. And I was about to describe it, and then I saw a perfect example of it. Look, just look at this nightmare, man, as this kite surfer battles with the heavens that wish to claim them as a tasty, inconsequential snack (you might have to click through to see the full frame):

Speculation, speculation; is the danger real, or not?

I don’t care! What it looks like to me is my nightmare made flesh and set loose upon this earth. I mean, yeah, sure, fun too, but still.