My first personal computer was a Texas Instruments TI-99/4a. That’s a hot-ass name. Especially all the hyphens and slashes in it. It’s such a terrible name that I’m pretty sure I killed eleven marketing managers and thirty three influencers just by posting it. Not that anyone will miss an influencer or two here and there. Nevertheless, that was the name of the computer. Here’s what it looked like. 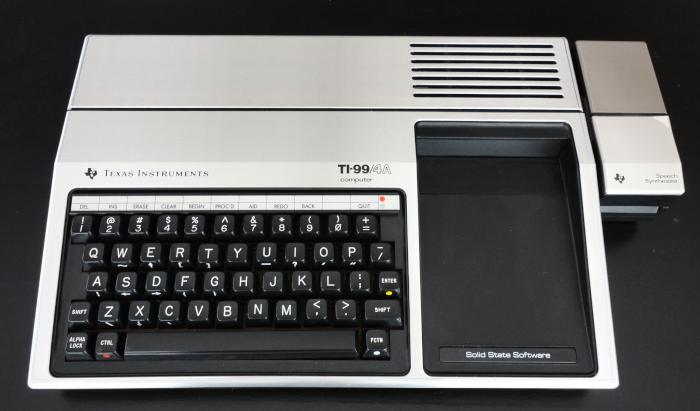 Mine was much, much dustier. And the only game I had on it looked like this:

Talk about sexy. But that’s what we had and for me it was awesome.

So, it’s been a thrill to grow up in the golden age of video games. I just finished The Witcher 3: Wild Hunt and I’m always amazed by how far we’ve come, visually, in such a relatively short period of time. 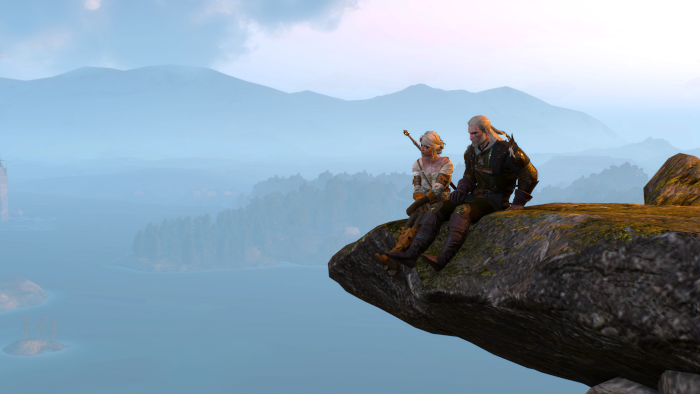 Before that, my crew of gamer friends and I played Red Dead Redemption 2 and holy god was it beautiful. 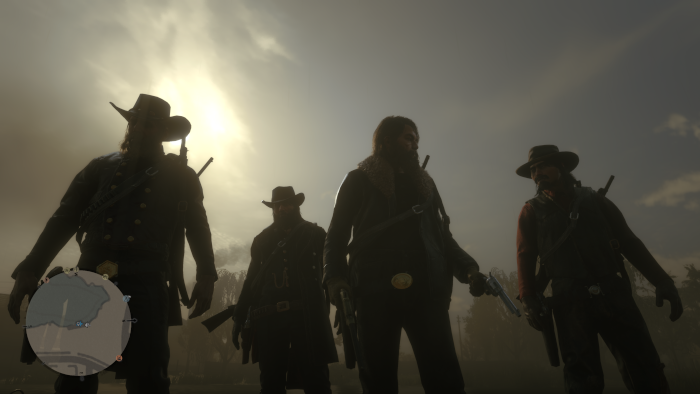 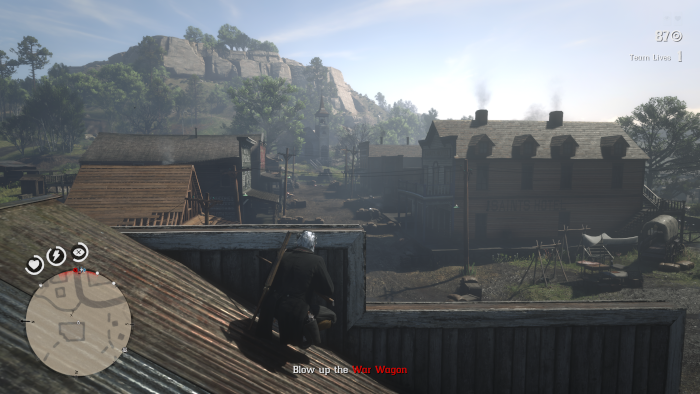 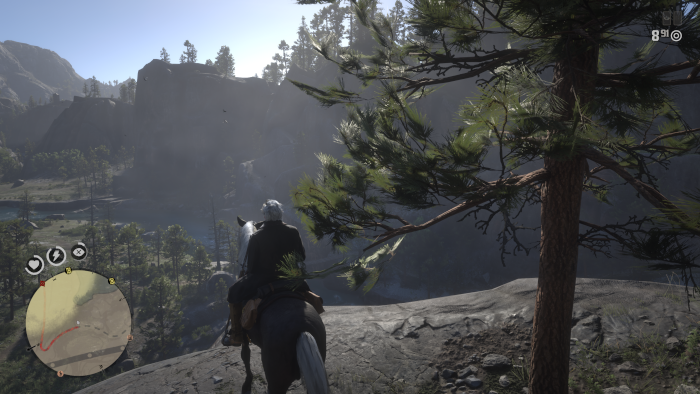 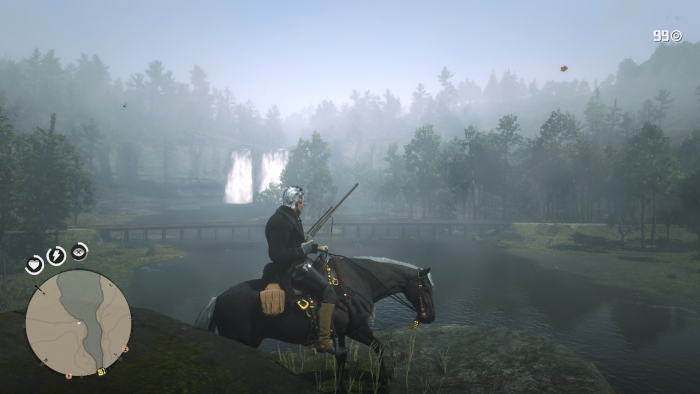 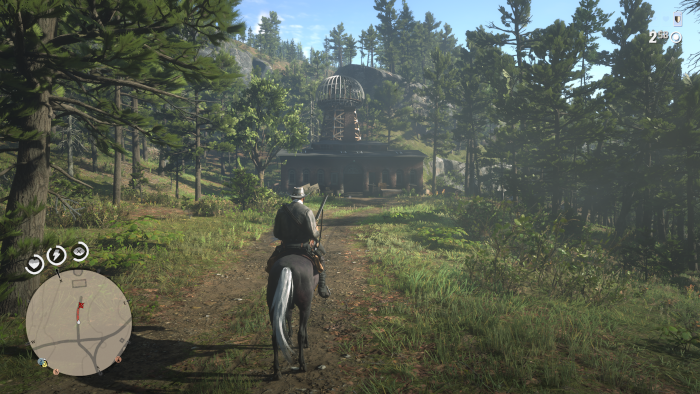 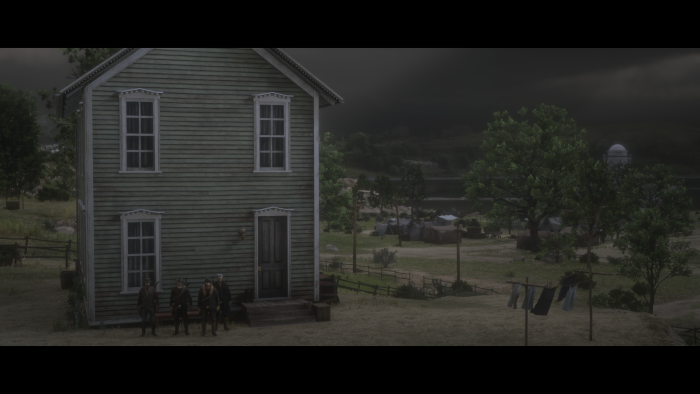 Some players made absolutely breathtaking albums of their Red Dead experience.

Most of the time, though, our game of choice is The Division 2. A first person shooter where the premise, believe it or not, is a pandemic that wipes out society. Like that could ever happen! In a total systemic collapse, the president mobilizes ‘The Division,’ a hyper capable cadre of warriors who immediately leave their various civilian jobs and fight to save civilization, or what’s left of it. The game is great. A cover-based shooter that started with The Division in Manhattan, and branched out to The Division 2 in Washington D.C. I have, in moments of mid-victory elation, declared it to be “the game I was born to play.” Mostly, we run around trying to find cool hats to wear.

But more than that, it’s gorgeous. It’s an artistic and visual triumph. I broadcast regularly and my friends chuckle because I spend as much time shooting as I do looking at puddles and the film of spilled gasoline on them. Your average city street in The Division is so brilliantly set dressed I can scarcely do it justice with words. When you play, snowflakes collect on your shoulders and you leave footprints in the snow behind you. Water splashes. (In general, the difference in water effects in 2020 as opposed to say, a decade ago, is staggering). Fire burns. Neon lights flicker. Wind blows trash in the street. Rats run past. And don’t even get me started on the gorgeous sound design.

The graffiti is straight up inspired. 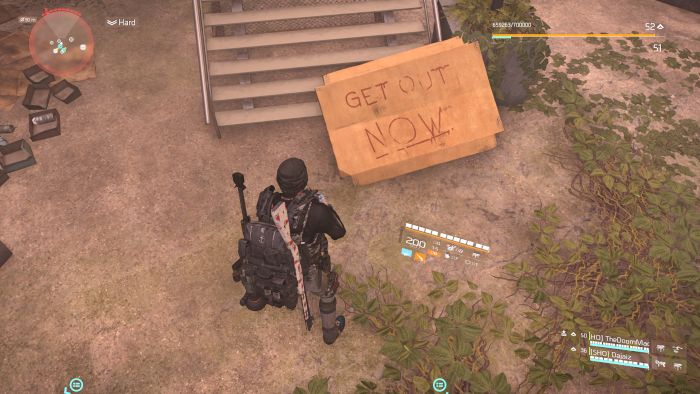 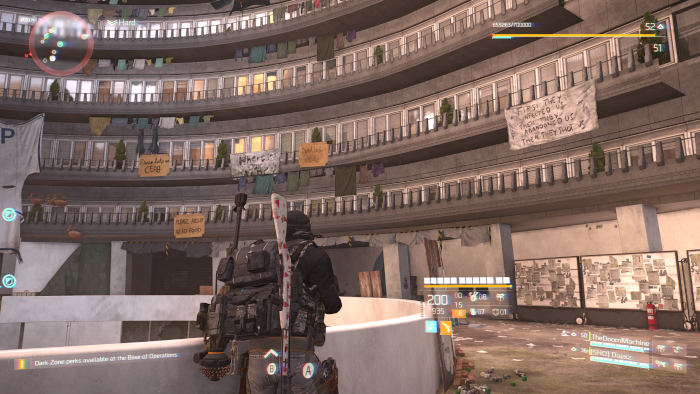 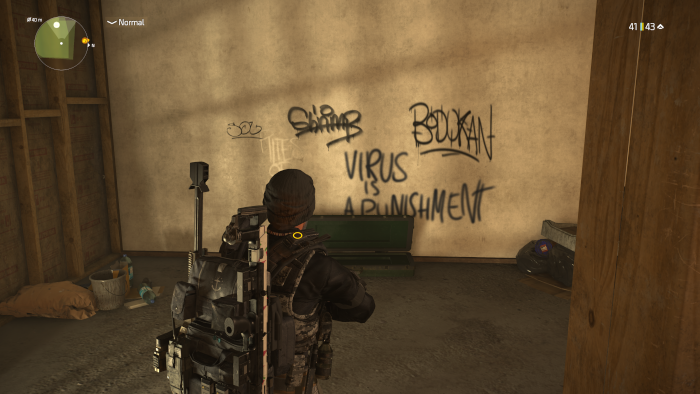 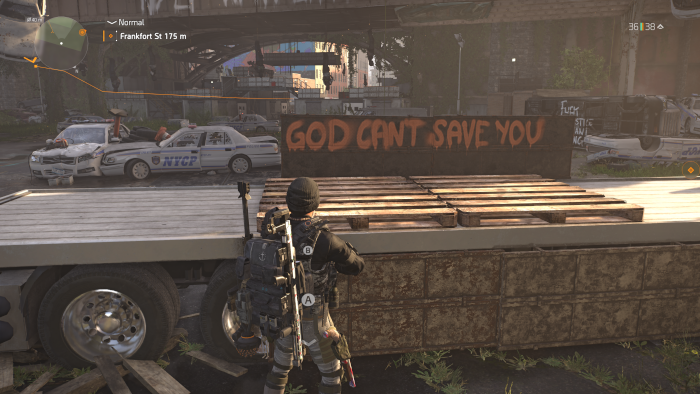 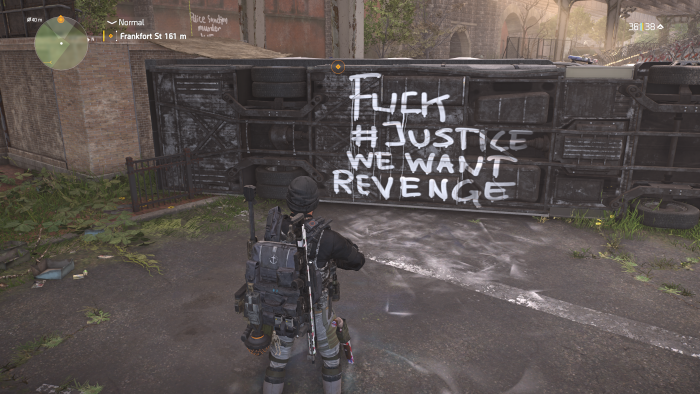 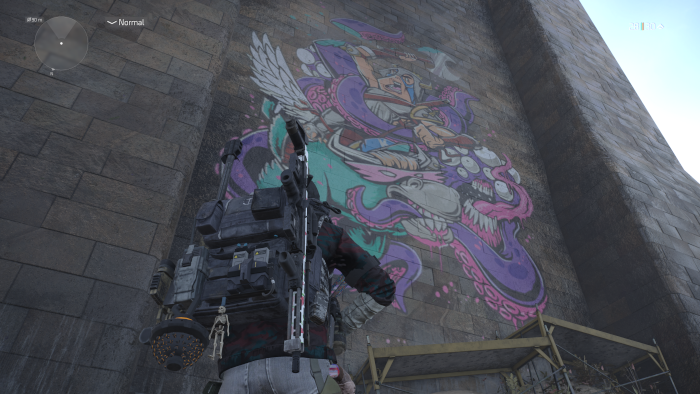 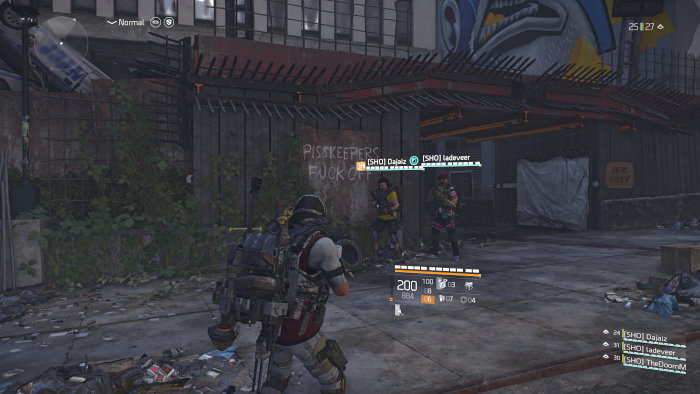 I tend to take more screencaps than my friends, but I also save and edit our broadcasts for posterity, and to remember the good times. It’s interesting how these images are all tied to memories for my friends and I, and how those memories feel as real as a real-life sporting event, even if they take place in an entirely made-up world. 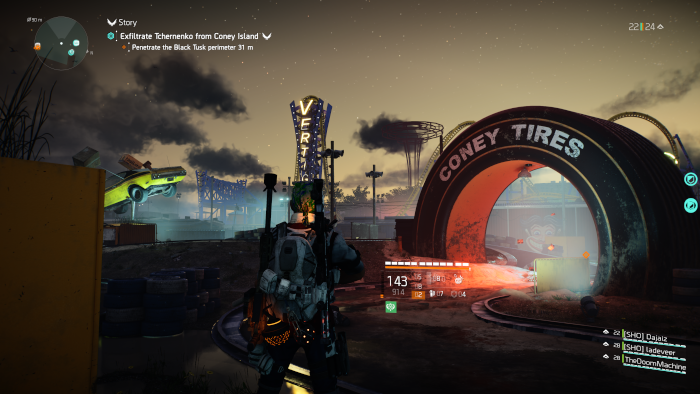 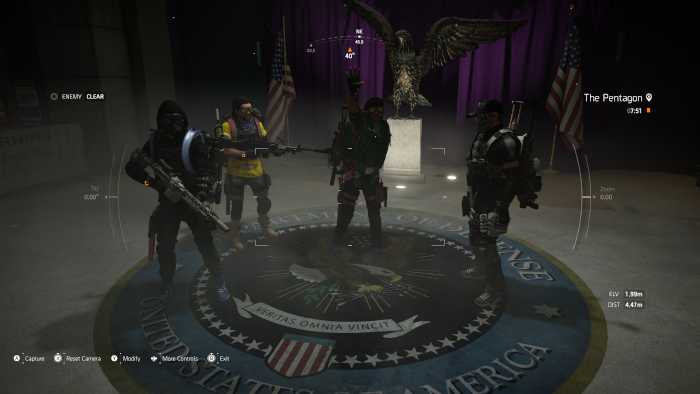 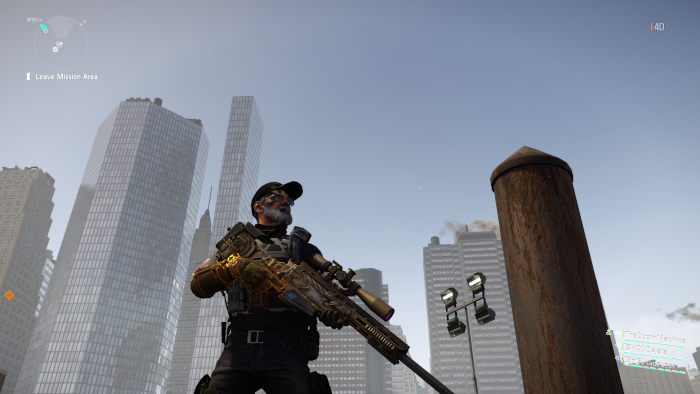 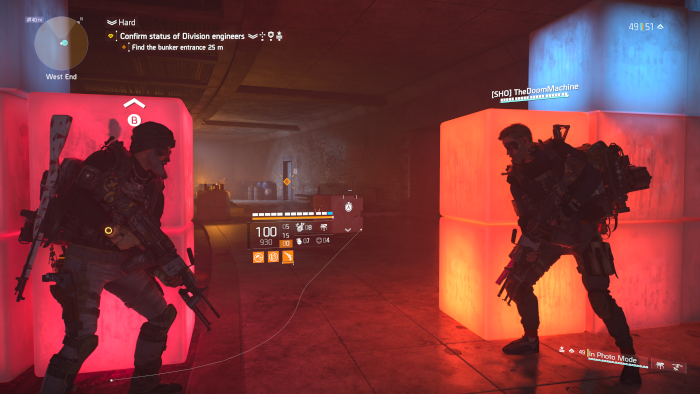 It never occured to me that there would come a day when people would use in-game photo mode to take gorgeous images in this — again, fake world. But players have done just that. Look at these images from reddit user u/HerbertGWells (including the header image). They’re all taken inside The Division 2 and they’re…well, I think the quality speaks for itself.

(click or tap the album below to open it)

I just think this is amazing. This is a world that is entirely created out of nothing. There are no helicopters. There are no trees or grass or wrappers blowing down a dirty street. It’s a world that only exists in the imagination of the developers and designers who created it and in the minds of the lucky few that have the time and the inclination to play it.

Hope you enjoyed it! If you have captures from a game you think is beautiful, please post them in the comments. I’d love to see them.