If You Find Emojis Threatening Look Away From This Emoji House in Los Angeles, Friend

Friends, when it comes to my neighbors, I try to be very zen with a live and let live approach. Seeing as how I live on the Eastside of LA (which is different than East LA, but the gentrifies who came before me in my neighborhood needed a way to delineate from the Westside of LA, not to be confused with West LA…) that usually means I don’t get too worked up when a neighbor’s chicken gets out of its coop, their compost pile is starting to stink up a bit, or they’ve asked me to be silent as I walk past their door because they’re having a sound bath. That also means I don’t get worked up over what people choose to paint on their house. The same cannot be said for some residents in Manhattan Beach, which is to the west of where I live, obviously—but also, technically a separate city from LA, while located in LA county, but at this point you either already know that or don’t care to get a crash-course on LA geography so I’ll drop it now.

In Manhattan Beach, a woman painted her Airbnb rental with emojis because it’s “time for the emoji.”

Her neighbors say the emoji house is “bullying” and worry that if the city doesn’t stop it, it’ll become a slippery slope to a “poop emoji house” https://t.co/ZFlyTWHLD5 pic.twitter.com/9nTq65kxDa

The story is this: a lady’s Airbnb was reported to the city, and she was fined $4,000. A few days later, she repainted her house bright pink and slapped some huge emojis on them as well. The neighbor who reported her saw that as “bullying” or a “threat.” Per FoxLA:

She was fined $4,000 after her neighbor reported her since short-term rentals are illegal in Manhattan Beach.

Shortly after, the duplex was painted hot pink with the two emojis. The neighbor told local media the home was repainted in retaliation to embarrass her. She believes the long eyelashes were used to mimic her and the emoji with a zipper was a message to remain quiet. Kidd has denied all allegations and says the paint job was intended to make people smile.

If you cant get enough of the story, here’s a local news broadcast on it, too:

OK, so look. There are two separate things at play here. Let’s focus on what makes the owner of the rental an a*shole: she bought a property in a super tight housing market and took it off the market in order to make it a short-term rental, against city ordinances, which bans short term rentals.

Friends, a few years back in my building, an upstairs neighbor would Airbnb his unit while he toured with his band (#eastside.) You know what happened to him? He got evicted after a few things:

1) He gave bedbugs to the units next to his (not me, thank god!)
2) Some of his Airbnbers were peeing on the bushes in our parking lot
3) Other Airbnbers made modifications to the outside of the building, unauthorized

It f*cking sucks to live near a short-term rental because the people who rent out these places for a few days at a time have no incentive to behave decently because they don’t have to deal with the consequences of their actions. They don’t give a s*it if you have to work in the morning, they’re going to throw that party regardless, man. They’re beholden to no one but an absent owner who’s not there to make sure people act right when they’re acting wrong.

Those people suck, and you shouldn’t have to live near that. That’s the nice thing about living in a residential zone—you don’t have to live next to a hotel if you don’t want to, nor should you be forced to. When people buy housing in residential zones with the sole purpose to have as many strangers as possible staying at that property without any incentive to not disturb neighbors, they’re violating the sacred rule of “don’t start none, won’t be none.” Because let’s be honest, it’s basically impossible to run an Airbnb out of a property full-time without having some problem renters—and if you’re not on hand to deal with problems as they arise, your neighbors most definitely will notice.

Now, look, I get that not all short-term rentals are the same. There’s a big difference between occasionally renting out a room in your home (while you’re there) to someone versus buying a house with the sole intent of making it an Airbnb. My issue is with the properties that are exclusively Airbnbs, s*itty Airbnbers aside. These people take housing that should be for residents, typically in an area where affordable housing is already basically impossible to find, and take them off the housing market. In turn that creates even more scarcity, driving up housing costs further. It’s a vicious cycle.

In short, you are an a*shole if you do this, for multiple reasons. Don’t be that guy—if you want to be a hotelier, then do it the legal way and go buy an abandoned bed and breakfast in Maine like our grandparents did, and deal with the inevitable ghostly fallout as God, Maine, and Stephen King intended for you to do, OK?!

Now, what doesn’t make the homeowner an a*shole is the fact she painted her property bright pink and slapped some massive emojis on them as well, regardless if her intent was to annoy her neighbors. That just makes her financial judgment kind of questionable, tbh.

I do not see the problem, here. Any neighbors complaining about her “bullying” behavior need to take a chill pill and crack some champagne, because they won. They reported her to the city and she got fined, and if you watch the newscast I embedded above, they mention a tenant. She had to knock it off, and bring in someone long-term to live in the property. Problem solved. Who cares if she’s a sore loser about the whole thing? It’s a double win for the neighbors because it cost the owner money to make her point—which again, is kind of a waste, but whatever. It’s her life to lead.

I mean, sure, the emojis wouldn’t have been my choice in decoration but they don’t bother me in the slightest. I don’t care what my neighbors do with their property as long as they’re relatively quiet, keep garbage off the property (bugs, man, bugs) and leave me alone to live my life. That’s the dream, and I don’t see how someone’s house color affects anyone else’s ability to function in their day-to-day life.

Also, let’s be honest, here. All the weird quirky parts of LA keep getting torn down for ugly cookie-cutter buildings that they say are supposed to keep the character of the neighborhood but invariably only chain stores ever move in to after the mom and pop standalone stores were bulldozed down for these highrises in the first place. Let’s embrace the snatches of LA weirdness we find while we still have some to embrace. It’s fun and harmless, and who cares what the perceived intention behind it was? Because again—the neighbors won. Enjoy it! 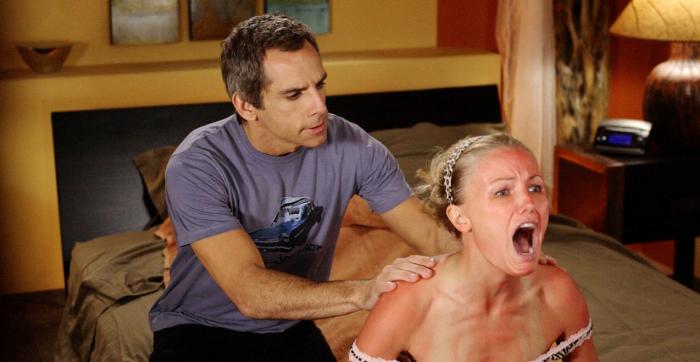