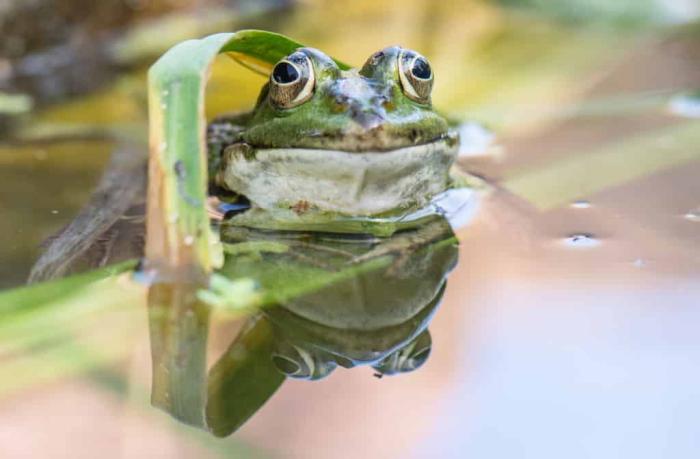 If you follow my work, then this won’t surprise you in the slightest, but I have a deep and abiding interest in what is academically known as monster f**king. I’ve long been fascinated by stories of the grotesque and their intertwining relationship with ideas of desire. Millennia of the Western literary canon is built upon this curious intersection, sometimes metaphorically but way more literally than you would initially think. What is Greek mythology if not an extensive document of Zeus’s predilection for bestial shenanigans? I own a lot of vampire books and Beauty and the Beast retellings (among other tales), I will watch basically anything with a strange creature that is positioned as a romantic hero (thank you very much to the entire filmography of Guillermo del Toro), and I also write about this trope extensively for anyone who will pay me. Fortunately, such stories never truly go out of style. The monsters change but the central ideas don’t.

It’s rare that I’m not at the very least aware of a brand-new piece of monster f**king pop culture on the horizon. So, you can imagine my surprise when a bookshop on Twitter shared the blurb for a previously out-of-print novel receiving a re-release that centered on a sexy frogman. Yes, I said that correctly. Of course, I bought a copy from my local Waterstone’s the next day. It’s good to support literature, you understand. I then devoured it in one sitting and now I’m here to tell you all about Mrs. Caliban by Rachel Ingalls.

There was once a housewife who fell in love with a frog man—the domestic meets the fantastical in Rachel Ingalls’ Mrs Caliban, a radical and transporting 1982 novella just reissued by @FaberBooks. Read the foreword by @IrenosenOkojie: https://t.co/2VZV77XjDM pic.twitter.com/C5MLOZ4nxh

Ingalls was an American writer based in London who wrote what she described as ‘very odd, unsalable’ books. Writers as varied as Joyce Carol Oates, John Updike, and Ursula K. Le Guin have sung her praises. Mostly underappreciated in her lifetime, certainly, in terms of commercial sales, her most notable book is the short slip of a novella known as Mrs. Caliban, which was originally published in 1982. It was named one of the 20 greatest American novels since World War 2 by the British Book Marketing Council, an honor that greatly surprised Ingalls. It’s not hard to see why. As I said earlier, this is a book about a sexy frogman.

The Mrs. Caliban of the title is Dorothy, a dissatisfied housewife living in a nondescript California suburb with little to do but think about her cheating husband and the children she lost. It’s a monotonous life with no escape or hope of change, right up until she walks into her kitchen and meets Larry:

‘And she was halfway across the checked linoleum floor of her nice safe kitchen, when the screen door opened and a gigantic six-foot-seven-inch frog-like creature shouldered its way into the house and stood stock-still in front of her, crouching slightly, and staring straight at her face.’

Larry is very tall, extremely green, and most undeniably a frogman. Having escaped from a lab where he was being experimented upon, Larry (yup, that’s really his name) finds solace with Dorothy. She almost immediately falls in lust with him. She kisses her prince and he remains a frog, albeit one who loves housework and salads and listening to her talk about her feelings. The only problem is that her philandering husband is still in the house. Well, that and Larry’s wanted for multiple murders.

Sea creatures and amphibians don’t tend to feature as prominently in monster f**king stories as, say, more humanoid figures like vampires or whoever Ron Perlman is playing at any given time. They’re not unheard of, of course, as anyone familiar with The Shape of Water, sexy mermaids, or a little thing called Cthulhurotica can tell you. What is so striking about Larry versus, for example, Del Toro’s gill-man, is how matter-of-factly he’s described. The novella is very droll and to the point. The prose isn’t as romantic as Del Toro’s vision or all that concerned with trying to conceal that which makes Larry more frog than man. Nor does the narrative delve into frivolities like the inter-species dynamics of their love or how truly problematic it is that Larry has killed multiple humans. There’s a lightness to the story and a lot of humor too, right up until there isn’t. And yes, they f**k.

Monster f**king is always a metaphor for something else, as with sci-fi and fantasy as a whole. Consider how the figure of the vampire acts as a stand-in for contemporary concerns of sex, death, infection, and much more. In The Shape of Water, Doug Jones’s fish-man was a representation of the ‘other’, the opposition to the staid and stifling expectations of post-war Americana. For Mrs. Caliban, Larry is a creation who treads similar ground. He is a breath of fresh air for Dorothy, a woman overwhelmed by grief and the fatalism of realizing what a dead-end her life has become. It also helps that he’s a man untainted by the patriarchal grasp of humankind. He doesn’t sneer at Dorothy or ignore her pleas for help with domestic work. He wants to support her as much as he can, even though he’s a wanted criminal. In a 2018 piece for The New Yorker, Jia Tolentino wrote that ‘people don’t have sex with sea creatures unless the world has failed them.’ That seems fitting for Dorothy.

Dorothy finds solace with someone who knows the pain of entrapment, albeit in a more literal manner than she has experienced. The cycle of housewife duties has left her drained. She compared herself to a lab rat taking ‘pride in solving the puzzle scientists set them.’ It is in exploring the binds of marriage, and expectations of a heteronormative coupling, that Mrs. Caliban succeeds as a book. It’s less so when it comes to drawing racial parallels between Larry and his otherness with the idea that he is ‘of a different race.’ The terrified news reports decry him as a ‘savage’ whose basic traits are more animal than man, which is the exact opposite of how he is with Dorothy. At the risk of sounding glib, it’s all a big second wave.

There is a reading of the novel that implies that Larry isn’t real but rather the manifestation of a splintering mind eager for some solid ground after years of grief and neglect. Monsters are said to bring destruction but for Dorothy, Larry, real or otherwise, is a healing salve on a very raw wound. For me, that’s the subversive power of monster stories of this kind. Everyone has felt like an outcast at least once in their life. They’ve been told that their interests are weird, their desires unnatural, their unruliness disruptive and in need of taming. Why be afraid of the monster when you can be it, or when you can revel in its taboo nature while others watch on in shock? Mrs. Caliban isn’t my favorite example of this trend but it was a delight to be reminded that this strange love of mine has a strong lineage.

← An Assortment of Good Environmental News, Because After the IPCC's Report, It'll Do | Stream It or Nah: Netflix's Heist Flick, 'The Vault,' Starring Freddie Highmore and Liam Cunningham →